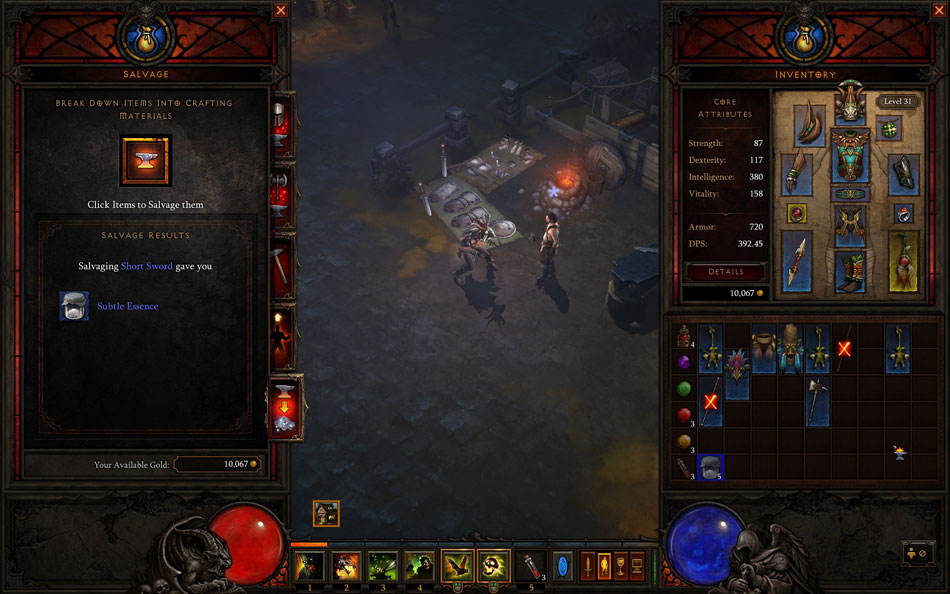 There is a whole mess of tweaks and changes being made to the core Diablo III design and director Jay Wilson is laying it all out there for you to see. It’s a long-ish read but worth it if Diablo III is a game you’re keeping an eye on (and you are, I know you are).

We’re changing some of the systems we’ve gotten the most feedback on both internally and from the beta test, including crafting, items, core attributes, and inventory. We’ll go over those changes and the reasons for them. In addition we’re working on major changes to the skill and rune systems that we’re not ready to talk about, but I promise you we can’t possibly ship without a finished skill and rune system.

There’s a lot of work left to be done, though. We’re constantly tuning and making balance changes; it’s a massive task. Some of these changes can be seen in the beta, like changes to item rarity, the levels at which we introduce affixes, and how many affixes enemies can roll up. Some you can’t see in the beta, like balancing the difficulty of the entire game for four different difficulty levels, adding tons of new affixes, creating legendary items, filling out crafting recipes and itemization, working on achievements, and implementing Battle.net features. We’re also working on a number of other large systems changes — specifically with the skill and rune systems. We’re not quite ready to share what those are just yet, but we look forward to being able to do so in the near future.

READ ALSO:  The big question: why do you play?