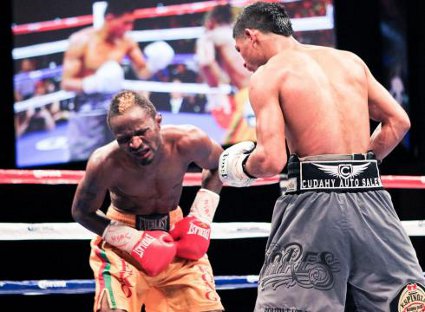 At one point before Christmas break I realized that I had crested the 80,000 Gamerscore peak. I think it was with Driver. Actually, I’m pretty sure it was Driver as I had sworn off of buying new games for the entire month of December so that I could work through my backlog and give my family something to get me for Christmas. Apparently I’m “hard to shop for” as I “buy everything I want” and “don’t give people ideas” and when I do it’s things like “a life time supply of Heath bars” or “a pony”. I have no idea what the achievement was, but one day I went to check my score and I was above 80,000. Woo-hoo for me.

It was at that point when I decided that I needed to make a concerted effort to get to 100,000 points. I don’t know why, but something about seeing how close I was and knowing that with the right combination of drive, GameFly rentals and movie tie-in games I could reach the rarefied air of a six digit score, it made me want to get to that point faster than I would simply by playing whatever piqued my interest.

My friends and I have a tradition at work that when one of the three of us reaches a significant Gamerscore milestone, 50k, 100k, 200k and so on, that person gets donuts. Petey likes Krispy Kreme, but only the fresh ones. I prefer Dunkin Donuts. Hodge’s tastes vary. It’s a way to celebrate a life of sloth, a way to bask in the communal glow of a shared obsession and a way to cram several thousand calories of fat and sugar into our bodies before 8AM. However you slice it, that’s a lot of winning.

Since I got my Xbox I have gone through all of the phases of achievement hunting, from the beginning stages where I didn’t care to the full blown fervor of not adding games to my tag unless I was going to get all of the points to where I am now. I’ve mellowed in my old age and I’m not so rigid as to need to get every point, but I still care about the score, relative to the game. In other words, if they’re easy, I need an A (900 or better). If it’s a hard game, or a game like Gears 3 that has a stack of multiplayer achievements that will only get bigger due to DLC, I tend to not care. In Driver, for example, I got 700 points which represents every single player achievement in the game. I suck at driving games so I was more than thrilled to end up with those points.

With my eyes set on 100,000, my strategy had to change. There are plenty of sites devoted to achievements and the gaining of them, but I use Xbox360Achievements.org for a number of reasons. The community is good, things are organized well and best of all, they have a forum post that lists games that are good for a quick and easy 1000 points. In order to be quick and easy it has to a) be easy (duh) and b) be able to be completed by most people in under five hours. I know, I know, is it really an achievement if you can complete a game designed for a third grader in less than five hours? Well, in a “I climbed Mount Everest” way, absolutely not. In a “my score went up so I’m happy” way, you betcha.

So, armed with my list and with a GameFly account, I set out on my path to 100,000 and a box of sweet, sweet donuts. I think I can get there by mid year, which will allow me to mostly play what I want with regular forays into achievement hunting games. I’m not looking to play nothing but crappy games as that’s a good way to burn yourself out and I need to have room for review games, so I think a target of mid-year is both generous enough for success yet aggressive enough to have to work for it. No guts, no glory, no donuts and all that.

So, what have I played thus far? Glad you asked, although you may not be.

Game #1: Transformers: Dark of the Moon This is the movie tie-in game for the last Transformers movie. I’ll be playing a lot of movie-tie in games, but this is the only one from my beloved Transformers franchise. This game, in a word, sucked. The early missions weren’t bad, tasking you with playing as various Autobots on missions in South American jungles as you work towards discovering the latest Decepticon plot. As with all Transformer movie games, the driving sucked, which I simply don’t understand, but the on foot stuff wasn’t bad and the new Stealth Force mode, basically driving with guns, was half-way decent. Once you got to the Decepticon missions though, the fun went right out the window as it was nothing but boring corridor slogs, lots of opportunities to get lost and several timed mission endings where it was all to easy to get stuck and die due to the crappy driving. I thought it would be decent due to the fact that High Moon made it, and they made War for Cybertron. I was wrong.
Time spent: Between five and six hours, and that counted single player and multiplayer.
Number of points: 975/1000
What was left behind: An achievement that required you to kill more dudes than your AI partners in a certain ambush section. I tried like three times and that was enough. Good riddance to Decepticon rubbish.

Game #2: Megamind: Ultimate Showdown Yet another movie tie-in game, this time based on the Megamind animated movie. I have no idea what the game was about as I skipped every cinematic. Basically Megamind was fighting the Doom Syndicate, whoever they were. For a movie game built for kids, it wasn’t too bad. You run around shoot anything that movies, there are different weapons to use based on the situation and it is incredibly easy. If you die you get dropped in right where you died with no lapse in the action and the game will restrict your weapon usage to what’s needed to progress. Unfortunately, the lower difficulty level made it pretty dang boring. Luckily it was incredibly short.
Time spent: Maybe four hours, probably closer to three.
Number of points: 950/1000
What was left behind: An achievement for defeating the second boss without dying. I wasn’t paying attention to the fight and then it was too late and to try again meant a twenty minute slog back through the sewers. No thank you.

Game #3: Fight Night: Round 3 Now, this is an actual game game, and one that requires a fair amount of skill to succeed at, provided you want to play it the way the developers intended. This is also one of the early 360 games and as such, they had no idea what they were doing with achievements. There are eight of them, an extremely small number compared to today, and you don’t get the first one until a couple of hours into the game. If this game were released today you’d probably get one as soon as you finished creating your boxer, or upon finishing your first fight. Oh how times have changed. So, yeah, boxing is hard and if you were to get these points legitimately, that’d be quite the effort. Luckily you don’t have to get them the right way. What I did was buy two illegal moves, an elbow shot and a low blow, I put the game on easy, turned off illegal blows for the AI and proceeded to nut punch my way to the undisputed welterweight title of the world. Cheating? Yeah, probably, but I gotta tell you, watching your opponent take a slow motion crotch punch absolutely never gets old. I laughed out loud every single time.
Time spent: Five to six hours.
Number of points: 1000/1000
What was left behind: A trail of battered and broken genitalia. Also, a little of my dignity.