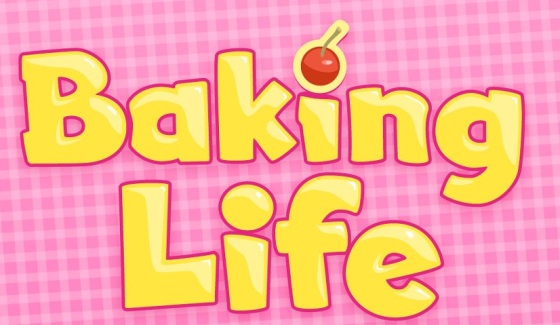 You may or may not have heard by now that Electronic Arts is pulling the plug, or “sunsetting,” as the loathsome industry vernacular goes, the Facebook game Baking Life. It was at one time a pretty big hit, racking up more than 6.7 million monthly active users in August 2010, but has tailed off pretty seriously since then, to about 750,000 MAUs today. That sounds like a lot of people but compared to the real heavyweights in the business, it’s small potatoes. So EA put out the word to its newly-acquired studio PopCap: shut ‘er down.

The closure of a Facebook game is unfortunate for the people who made it and those who play it, but it’s hardly noteworthy otherwise.

So why are we taking note of it?

It’s safe to assume that the three-quarters-of-a-million-ish people still playing Baking Life are relatively hardcore fans of the game, which means it’s also safe to assume that a substantial portion of those people have sunk money into the game, most (or maybe even all) of which has gone to the purchase of virtual property – property that, once the shutdown actually takes place on January 31, will be lost and gone forever, along with the money that was spent on it.

This is all within the rules as dictated by ZipZapPlay, which created the game in the first place, and Electronic Arts, which owns it. The Baking Life terms and conditions state that “ZipZapPlay may modify, eliminate or discontinue virtual items, virtual currency or other Baking Life app special features entirely as it sees fit.” EA’s own general T&C, meanwhile, says digital content “is not returnable, exchangeable, or refundable for other Entitlements or for cash, or other goods or services.”

Once you’ve bought it, you’re stuck with it, in other words – until EA or one of its many subsidiaries decides to take it away from you.

A lot of the upset seems to stem not from the fact that the game is closing, although that’s obviously a bummer, but because EA isn’t offering any kind of refund or exchange for property purchased or in-game currency not yet spent. The feeling is that the customer owns what the customer bought, and that EA has an obligation to make things right by offering the equivalent in another game. It’s not an entirely unreasonable position if you look at it as a sort of warranty situation: I bought this, it doesn’t work anymore, I want a new one.

The trouble is, that’s an old way of thinking about an entirely new “product” – if it can even be called that. It parallels the issue of software piracy and the debate over whether piracy is theft; yes, you’re taking something without paying for it when you illegally copy a game, but you’re not depriving someone else of that game when you take it. It’s also a kissing cousin to the perniciousness of DRM and the question of whether buying a game means you actually own it. If you have to connect to a remote server every time you want to fire it up, or if you’re given three activations and then you’re dead in the water unless someone in the customer service department deigns to help you, is it really “yours?”

Arguments about piracy and DRM have been kicking back and forth between game publishers and the small minority of gamers who are committed enough to care about the issue for ages, but it’s remained essentially a nerd slapfight because the average Joe Slackjaw doesn’t care. “Mainstream gamers” – the guy who plays an hour or two of Modern Warfare 3 online after work a couple nights a week, Madden fans, your mom – buy their games, install their games, play their games, and they’re happy. They don’t care about things like installation limits and SecuROM and consumer rights in the digital era, because it’s not their problem.

But this Baking Life thing is their problem. It’s one small game whose best days are well behind it – not even the tip of the iceberg, in other words – but it offers a microcosmic look at what is bound to become a much more serious issue in the future: mainstream digital rights. Millions and millions and millions of people play these games, and the inevitability of churn means that more and more of them are going to find themselves in the same situation as the Baking Life gang. A few here, a few there, hardly worth noticing at first, but the effect will be cumulative, and while the pasty-faced basement-dwellers the world persists in seeing videogamers as today may not draw much demographic water, the moms and dads and grandparents who eat up these Facebook-style games like they’re candy most definitely will. And when the rubber hits the road, we might be the ones who carry the torch of informed outrage, but they’re the ones who will actually change the world.