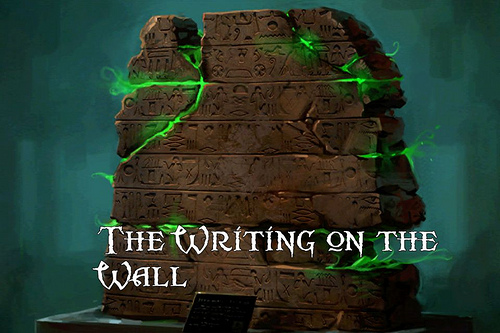 Todd already reviewed Elder Sign: Omens earlier this week, but as I have also been playing it, I thought I’d offer up the perspective of someone who has never played Arkham Horror or really any board game that you can’t find in the toy aisle at Target.

Before buying the game I read up on it, both in the iTunes listing and in various iPad board game review sites. The overwhelming opinion was that the game was well done, but difficult and very strongly dependent on luck. My biggest concern was that I’d spend seven bucks to do nothing but lose but the setting was too interesting to pass up. Plus, I thought this would be a good opportunity to broaden my gaming horizons. I had already gotten on the Cthulhu bandwagon with Wasted Lands so it felt good to keep the Cthulhu train a-rolling.

With that in mind I bought it, started it up and proceeded to destroy the world as my incompetent band of investigators failed to seal up Azezezezewhatever. I guess this is what happens when you don’t bother to visit the help page. Sorry world, better luck next time.

Like Todd said in his review, if you don’t know what all of the various symbols mean before starting this game, you will lose. Hard. Some investigators may die, some may go insane, some may die while others go insane and then the world cracks open and an Elder God strolls through and starts treating our world like Charlie Murphy to his demonic Rick James. The game has some tutorials, but they’re videos and they don’t explain everything. Granted, I didn’t watch any of them before I started playing and they probably would have helped a little but in the end, it was the help page that helped out the most.

For example, I didn’t know that encounters marked with a crescent moon meant that bad things would happen when the clock struck midnight. During my first game, monsters were pouring in at the stroke of midnight like kids at a high school kegger. Man, I thought, that sure is a lot of monsters. My investigators were also having their sanity slowly chipped away at the stroke of midnight, the result of not closing yet another midnight encounter. As you can imagine, a steady supply of crazy investigators and ticks on Ye Olde Doom Clocke does not a successful sealing away make.

I also didn’t know that you could see what you’d be facing at each encounter before comitting to it. That’s key. If your current investigator has no spells and no items and no way to affect the glyph rolls in any meaningful way, you probably shouldn’t send them up against some bug faced demon that requires you to have more scrolls than an Eddie Long Torah discussion group. Ditto if Monterey Jack is clinging to his last shred of sanity and you throw him up against a beastie that’s going to nom on his brain should he fail. I had no ideas what my investigators were winning when they won, what they were losing when the clock struck midnight or what encounters should be prioritized. It was, quite literally, the most incompetent instance of supernatural professionalism since the power grid was shut off by dickless here.

The next day I took some time reading the help pages and armed with my knowledge I built a team of investigators, marched into that museum and lost, oh, I don’t know, every encounter ever made. Then I quit, made a new team and proceeded to send them on the path to madness before realizing I had dug myself in too deep of a hole to win. That’s the one problem I see with this game, namely that if luck doesn’t go your way, and it won’t, it seems like the best option is to just quit and try again. The clock counts down to midnight very quickly and before you know it, your string of failed encounters has your team half dead and facing a pretty big doom clock deficit. Because the glyphs you get are entirely based on luck, you may be picking the right person for the encounter and still come up short. I lost many the encounter because I needed two items and wasted every single roll without ever getting them. Sure, I could have conjured a red or yellow glyph but for a two symbol thingy encounter? That seemed excessive. Well, it seemed excessive right up until the universe collapsed in a fit of madness.

Eventually I put together a team of investigators that managed to complete a number of early encounters in a row, many of which netted me some Elder Signs. Azalazadingdong put up a good fight and was only a few ticks away from coming through and crashing the party but I got all the Elder Signs I needed and I sealed that multi-eyed bastard up for good, or until the next time I play, whichever comes first.

I know that my win was just as much luck than anything else, and I’m ok with that but it does make me worry about the game’s longevity. If I want to try and play around with different strategies in Ascension, I can, even if it means I have to stomach some losses while I refine things. Winning at Elder Sign relies on so much that is out of your control that there’s no point in trying to come up with a strategy because it can all get blown out of the water in an instance. At least that’s what it looks like to the guy who doesn’t play board games. There may be some three dimensional chess shit here I’m not seeing.

Still, I think luck needs to be in this game as much as it does. You’re trying to stop an Elder God. You should be at a surpreme disadvantage. You should go into these encounters seriously concerned for the life and/or sanity of your investigators. You should be amazed if you win and not all surprised if you end up bleeding and insane as ghouls feast on your flesh and the universe is torn asunder.

I look forward to playing around with the other investigators and seeing how they fare. I also look forward to seeing what other iPad board games are out there. This, Ascension and Neuoshima Hex have interested me enough to look into a whole world of games that I’ve never considered playing. If Ticket to Ride ends up making me insane then so be it. It will be worth it if the 3:15 to Topeka gets in on time.

8 thoughts to “Elder Sign: Omens – View From a Newcomer”