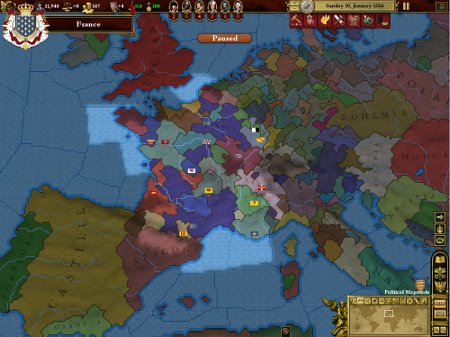 Welcome to the Vita release week! Sort of! If you bought the extra special Vita launch bundle, you get your shiny new console on Tuesday. Personally, I couldn’t see paying the $100 bucks over the WiFi only version, but given that they were giving you Little Deviants and a PSN game all sorts of free, I can sort of see the math working out. Sort of. The GameStop employee that took my preorder for the WiFi only version tried to get me to pay an extra $50 and upgrade to the 3G version with the reasoning that the 3G bundle came with an 8GB memory card. I didn’t have the heart to tell her that 8GB memory cards are only 30 bucks. Instead I told her I was cheap and I moved on with my day.

Given that the Vita is out on Tuesday there are a whole bunch of Vita games currently sitting on store shelves, just waiting for you to purchase them and stare longingly at them until next week when you get your hands on a Vita. Actually, I’d be very surprised if you couldn’t walk into a Best Buy or Walmart at any point this week and buy the more expensive bundle. Limited numbers my sweet patootie.

Also out this week is the new Twisted Metal game, notable because the studio that made it found the entire process so unbearable that they have ditched console development entirely and moved to iPad/iPhone games. It’s also notable in that David Jaffe said something stupid about it and offended a bunch of people. Oh wait, that’s not notable at all.

New Releases
I don’t have an Amazon link for it, but Crusader Kings II comes out this week, to the delight of crusading kings everywhere. There PC gamers, don’t say I never did anything for you.

UFC Undisputed (360, PS3) is one of the few franchises that THQ is sticking with in these troubling times. When in doubt, always bet on sweaty duded beating the piss out of each other, I guess.

I have never understood the appeal of vehicular combat games, such as Twisted Metal. I’m a terrible driver and a terrible shot, so the genre holds nothing for me. That being said, Interstate ’76 was pretty dang cool.

Tales of the Abyss is a PS2 JRPG brought to the 3DS thus continuing the trend of games released for other systems and then brought to the 3DS in the hopes of getting you to spend money just so you can play something new. Don’t fall for it! Be strong! What, Ghost Trick is on the iPad. ME WANT!

Zumba Fitness Rush came out on Sunday. When I was in the GameStop putting money down on the Vita, I saw someone picking up their pre-order of this game. I seriously do not have my finger on the pulse of gaming if people are paying money early to secure copies of Zumba Fitness Rush and I don’t know about it.

The Sims 3: Hidden Springs has a fountain of youth for your Sims. I don’t understand why you’d need this as if your Sims die, you can just make new ones. Kind of like real people but without all of the messy questions.

Nobody told Aksys that they don’t need to make PSP games any more. It’s all Vita, all the time, Hakuoki: Demon of the Fleeting Blossom Limited Edition! Come on!

Grand Slam Tennis 2 (360, PS3) has tennis and grand slams. Man, I haven’t had a grand slam in ages. That’s the price I pay for moving to a state resplendent with Waffle Houses but with nary a Denny’s in sight.

Below are a list of Vita games, if you’re so inclined. Reviews for many of them are starting to hit now so you can be all prepared for next week. As I’m a lazy bastard, it’s easier for me to do the list thing than come up with a pithy paragraph for each one. Professionalism rules around here.

Deals
There are no Vita deals to speak of this week, something that may or may not change next week. On the one hand, you need games to play on your new console, so retailers don’t really have to offer much of anything in the way of discounts. On the other hand, the Vita ain’t cheap and the economy is still in the crapper, so retailers will have to do something to help lessen the blow. If something comes up between now and next week, I’ll be sure to post about it so that you can get the best deal possible on the Vita.

Toys R Us – Buy a 3DS for $169.99 and get a free $20 gift card and a free lightsaber stylus three pack. Get a free $10 gift card with the purchase of UFC Undisputed, Twisted Metal or Mario and Sonic at the London Olympic Games. Get any Skylanders started pack for $39.99. Buy Just Dance 3 for $39.99 and get any game of equal or lesser value for 50% off.

Target – Get a free $20 gift card with the purchase of either a Wii bundle or a 3DS system.