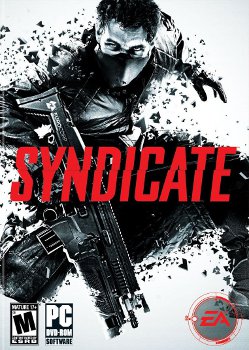 This week marks the second week of the PlayStation Vita’s stupid staggered launch, the return of Alan Wake, a multi-armed, angry god-dude and the release of Syndicate. All of which should be interesting in one way or another, but if I had to put my finger on the one that would review the best, I’d go with Alan Wake. That’s probably just nostalgia talking though. I really enjoyed that game, right up until the last line of the game which had me scratching my head.

I currently have a Vita game (Uncharted) and a Vita memory card sitting at home without a console in which to stick them. I’d love to know if the limited edition, early adopter, whatever-the-hell it’s called bundle is selling well, because from my standpoint, it’s a gigantic pain in the ass. Games and accessories are available, but only at some stores. The console itself is available, but only at an even smaller subset of stores. Maybe this is increasing demand and building buzz, what do I know? I do know that the various deals in place don’t start until Wednesday, a full day after I pick up my console, which wouldn’t be a big deal except for the fact that I was going to use said deals to save some scratch on a memory card. You know, the required one. Oh well. It wouldn’t be a Sony hardware launch if it wasn’t filled with a bunch of unnecessary BS and proprietary crap. By know, you would think I’d know better.

Enough kvetching. On to the games…

New Releases
The PlayStation Vita comes out on Tuesday, except for the places where it comes out on Wednesday. I picked up the WiFi only version, as I have zero desire to pay for a cellular data plan, and zero need to know what others around me are playing. In fact, I’d be very surprised if anyone else around me has a Vita, period, much less be playing it at the same time I am. If, however, 3G is your thing, go for the 3G/Wi-Fi Bundle bundle. It comes with an 8GB memory card, a download code for a PSN game (Super Stardust Delta if memory serves) and a free month of AT&T data. Personally, I don’t think that’s all worth an extra $50 but that’s just me. YMMV.

On the Vita launch game front, it looks like all of the top tier games came out last week, but maybe you’re really looking forward to playing Ninja Gaiden Sigma for the ninth time. Who knows. Like last year, I’m just going to list them all. I’m lazy like that.

Alan Wake’s American Nightmare comes out this week, allowing you to take back up the mantle of troubled writer Alan Wake. The game is a spin-off, rather than a proper sequel, and focuses more on action than suspense, something my nerves will undoubtedly welcome. Hopefully it will do well and we’ll see more spin-offs like this in the future, if not a full fledged sequel.

Out There Somewhere is a retro PC platformer with a teleportation mechanic. Good times! You can grab it from the MiniBoss blog.

Fractured Soul: Deep Void is an action platformer that uses both screens at once, thereby giving Nintendo’s blessed 3D the big ol’ finger.

Reading the reviews of Asura’s Wrath (PS3, 360) should be interesting. I know that Barnes didn’t like the demo very much due to the lack of actual gameplay in lieu of QTEs.

Finally, Syndicate (360, PS3, PC) makes its long awaited debut and by “Long awaited” I mean that I don’t think anyone was waiting for a new Syndicate to come out in this form. Still, I always enjoy co-op so I’m rooting for it as something to play in the lulls of summer.

Deals
Target and Toys R Us won’t be selling Vita games and systems until Wednesday, except for when they may be selling them earlier. Best Buy is selling games and accessories now, but I didn’t see any systems when I was there on Sunday. Oh Sony. Never change.

Toys R Us – Get a free $20 gift card when purchasing $50 worth of Vita games and accessories. If you think you can use your new gift card to turn around and pay for another game or memory card, don’t bother. The card isn’t good until six hours after activation because apparently, Toys R Us hates you. It also expires at the end of March. You’ve been warned. Buy one game at $19.99, get one at 40% off.

Target – Buy two Vita games, get one free. I believe that Target splits the cost of the third game as a discount across all games, so if you only wanted two games, you could buy three, get the discount and then return the one you don’t want and still keep the discount across the other two. Be sure to check your receipt. Get a gree 4GB memory card with the purchase of a Vita. Get a 12 month Xbox Live Gold card for $39.99. All Skylanders started packs (except for PC) for $49.99.