My review of Syndicate is up over at the House Mad Catz Built. The long and short of the B- write up is that it’s two decent but not particularly outstanding halves welded together to form a gestalt product that is less than the sum of its parts. It’s a bifurcated design. I really liked what I saw in the early hours as I reported here in my impressions last week, but going the distance with the game revealed a low ceiling over a host of underdeveloped, undernourished ideas. This got me thinking about how utterly screwed up it is that developers are pressured- either internally or externally- to deliver fully realized single player and multiplayer games in a one-size-fits-all package, particularly in the FPS genre.

The reviews of any number of action games with “tacked on” single or multiplayer suites bear out the fact that this approach does not work, particularly when the game types are very different or incongruous. Syndicate is another game that splits its resources between two halves, weakening its own strengths. It’s hardly an overall failure and it’s definitely a “good” game, but neither half is exceptional. Or complementary.

If Starbreeze had designed Syndicate strictly as a four-player co-op game with a short-form mission structure, deeper customization, variation akin to Left 4 Dead, bots, and more content all around, I think it could have been an A-grade game. But somebody- whether it was EA or Starbreeze- wanted this game to follow on with this bifurcated design concept. Syndicate offers two suites of decent but unexceptional content instead of focusing on core competencies and doing what it does best.

The model isn’t exactly new. Quake, Duke Nukem 3D, and any number of games in the 1990s had this sort of dual-purpose design, but we’re also talking about a time when the cost of developing, making, and marketing games even at the highest levels of the business was literally millions of dollars less than it is today. It probably cost a lot of money to design levels, assets, and gameplay components for Syndicate’s single-player game, not to mention paying for music, voice acting, writing production design, playtesting, and other costs. And all of those resources could have- and should have- been brought to bear on the stronger co-op game. Or, the entire single-player game should have been scuttled and the co-op game released as a $15 download with optional content purchases. As it stands, the single player game feels like a tremendous waste while the co-op area feels lean and hungry. 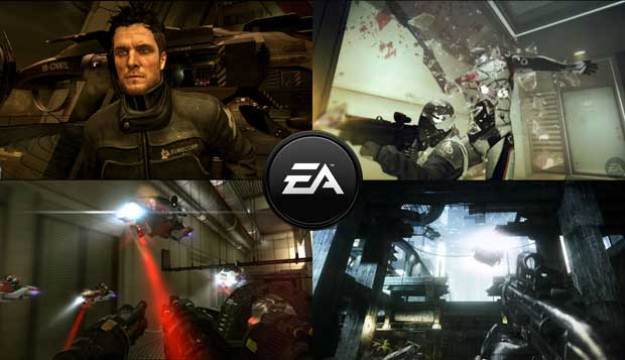 When you’re looking at development budgets and project plans on a Call of Duty or Halo scale, having a “complete” package that appeals to the broadest audience possible and that has offerings for any type of player coming into the game makes sense. At this level of sales and public expectation, it’s good business to divide development and resources between these two areas. Yet we still see time and time again that the single player tends to be the weaker part, because when you get right down to it it’s the multiplayer component that provides longevity and fosters brand loyalty- not to mention long-term monetization and fewer aftermarket copies in circulation. Simply put the ROI on a strong multiplayer component is far better and long-term than what comes out of a strong single player game.

Then there is the issue that comes up every time a AAA shooter comes out where some people inevitably comment about how they never touch either the single or multiplayer part of the game. And then there’s folks like me that do both. Why are we all being sold the same $60 product again?

The games that fall outside of the Halo/Call of Duty tier are the ones where splitting development along these lines hurts them the most. Did Dead Space 2 or Bioshock 2 really need multiplayer? Has anyone checked in on those servers lately to see if there’s anyone playing them? Could the resources spent to create those multiplayer games have been better utilized elsewhere? It seems like such a waste- both of those games had very strong single-player content, and then a slapdash multiplayer that serves little purpose beyond filling in a bulletpoint and likely appeasing some guy in a suit somewhere.

The point of this is that games like Syndicate are shooting themselves in the foot by adhering to this fragmented product model. Purpose-built games that are very specific and limited in focus are the ones that tend to be the best. Not every game should have a single player campaign, and not every game should have a multiplayer option. If you’re going to half or quarter ass it- witness the single-player “challenges” in Gotham City Imposters, which are nonsense like checkpoint races in a game that should be a strictly multiplayer shooter- then don’t do it at all.

Granted, this doesn’t all fall at the feet of developers and publishers. Whenever there’s public outcry about a game not having a campaign or not having multiplayer, game makers respond. When the top-selling games mostly have extensive multiplayer, then that’s the success trend and it will be followed. When there’s money to be made from one type of game or another, they’ll keep doing this. And as Mass Effect 3 hits next week with a full-on multiplayer game in its traditionally single-player mix, it’ll be interesting to see if BioWare has weakened the single-player content of what will certainly be one of the top-selling and best reviewed titles of2012 by bifurcating its development.