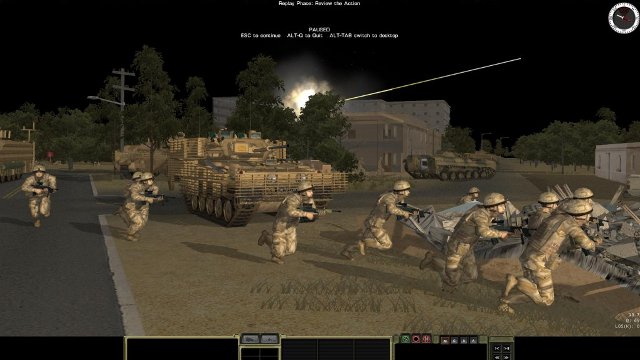 If you read my column on board wargames this time last week, you may have been struck by something I glossed over completely. Namely, if the focus of the wargaming community is so squarely on simulations that it results in games so long and complex that they verge on the unplayable, why don’t they play more computer simulations where the processor can do the heavy lifting? To which the simple answer is that I have no idea.

I can see why a board game may be more appealing than a computer one: you have a face-to-face opponent to interact with and a complete grasp of the game state so you can develop a mechanical approach to the strategy. But those things are, surely, anathema to the idea of making the game into a simulation of something that’s real-time, chaotic and in which no one person ever has a total understanding of the situation? Furthermore if you want to model something that requires complex rules, isn’t it a better idea to program all those rules into a computer and let it handle the detail rather than spend hours internalising rulebooks? These things seem obvious to me and that’s why I like my board wargames to be relatively light and quick-playing and why I like to play my conflict simulations on the computer instead.

To their credit, wargame designers (along with the more enlightened members of their target audience) realised this early and got in on the act. During the 80’s, Avalon Hill and Strategic Simulations Inc (SSI) relased a constant stream of turn-based wargames across all sorts of scales, times and theatres. One of the best of these was the tactical game Steel Panthers which spawned two sequels. All of these did exactly what I was alluding to in the introduction. The player was given only the briefest understanding of the mechanics behind the game, much of which involved some fairly complex physics under the hood to determine whether shots hit and penetrated armour, and there was a complete fog-of-war effect in which the computer hid everything you couldn’t see, leading to some real trouser-wetting moments when entire brigades of infantry would suddenly appear at close range and devastate your armoured columns. As well as a wealth of historical scenarios to play through in each game, they featured scenario generators where each side could pick their equipment and forces and campaigns in which surviving units improved slowly with experience from one game to the next.

When SSI was purchased by Take Two and eventually wound up, the Steel Panthers franchise went along with it, but the game was too much of a cult classic to die. In a slightly strange development two competing editions of the game appeared for modern PC’s, the free World War 2 and modern Main Battle Tank games from SPCamo Workshop, and the semi-commercial World at War from Matrix Games. The general consensus amongst gamers was that the free titles were actually slightly better, but Matrix added something new to make people part with their cash: Mega Campaigns. Rather than the simple linear chain of linked scenarios from the older games, these campaigns had a basic plot, a variety of new missions that didn’t fit the standard attack/defend template and a large number of branch points based on decisions and levels of success that meant two plays through could be completely different. I only ever played one of these and while it was a lot of fun, the bells and whistles couldn’t really justify the price difference between full-price and freeware. And given that they’re freeware, it’s well worth checking out the SPCamo games if you’ve any interest at all in the genre. 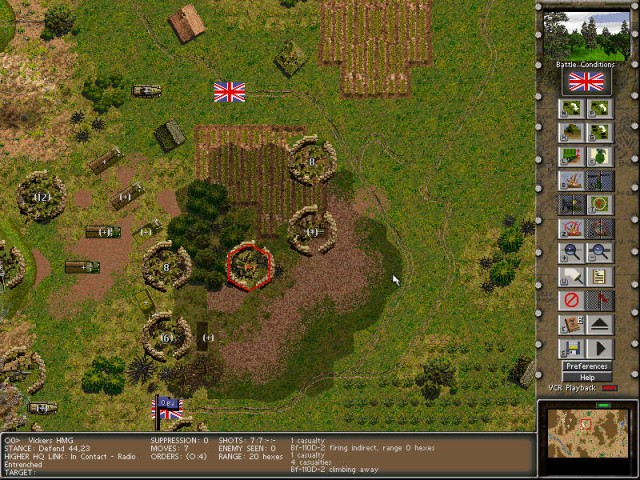 Meanwhile, as computer games entered a new era of big, mass-market productions, wargames in the traditional turn based model began to look exceptionally old fashioned. The last shot at anything like a mass-market wargame was Panzer General III in 2000, the final commercial iteration in a series well-beloved by gamers and, at the time, a damn good game. There’s currently a freeware implementation of the Panzer General games for Windows if you want to try it. But sales were relatively disappointing and the franchise wound up. The response from the development community was to utilise bigger budgets and bigger processors to do something wargamers had dreamed of since first laying out wooden blocks on a map two centuries earlier: model warfare in real time. The initial fruit of this direction were real-time strategy games which, of course, were certainly real-time but entirely devoid of strategy. But the games were nevertheless skillful and lots of fun to play, and they sold by the bucketload and completely dominated the strategy game market for the 90’s and beyond.

However, while real-time strategy games hogged the limelight, interesting things were happening in more niche areas of the hobby. The first shoots were the Warhammer Fantasy games Shadow of the Horned Rat and Dark Omen which featured fixed forces, realistic real-time maneuver and combat and a ground-breaking fully zoomable and rotatable 3-D map. Those games were, in a word, brilliant. They were also innovative enough to spawn a new genre, confusingly called real-time tactics even though they were actually more strategic and less tactical that their real-time strategy counterparts.

Historical gamers weren’t far behind. The most interesting early historical real-time tactics games were the Combat Mission series which blended turn-based and real-time game play by allowing players to program in orders and watch them play out on the screen. In common with Steel Panthers they also had a realistic physics engine underpinning movement and combat. More recently Matrix Games offered the Command Ops games that married real-time elements with a more traditional top-down view of the action, although thankfully without the burden of hex grids. These, however, are products aimed at specialist hobby wargamers. At the turn of the millennium, historical games got into mainstream the driving seat of the genre with the first in the Total War series, Shogun. Totally real time and highly realistic, Shogun and its various spawn set the standards by which other games in the genre would come to be judged. I also can’t help mentioning that I’m amazingly, spectacularly bad at them: I sit and form complex plots and strategies and then panic and freeze as soon as battle is joined, leading to my troops being massacred by the AI. But they’re clearly wonderful games and I went back to Steel Panthers highly disgruntled that I couldn’t get to grips with them better. 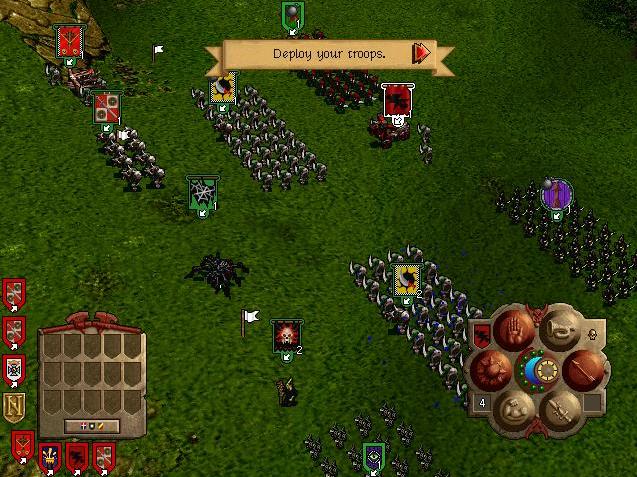 In the wake of the burgeoning success of the Total War series a slew of these sorts of games appeared between 2007 and 2009 but since then the genre seems to have slowed and stagnated. Partially I think it’s a victim of its own success: once you can provide a passably realistic real-time simulation of actual combat command it’s hard to see where you can go with the concept besides porting it to new times and places, and that’s going to get old very quickly for the usual video gaming hobbyist who likely isn’t overly interested in the specifics of history. It’s also fallen foul of the way in which massive budget first person shooters have come to dominate the hobby. But I can’t help thinking how amazingly well suited these games are for a touch screen interface: trying to control your forces in real-time pressure situations with the speed and sensitivity limitations of a mouse was a major frustration for me in playing games of this type. I haven’t seen any moves in this direction yet. Real-time strategy games abound but I got heartily sick of those a long time ago since they all basically seem to follow the same pattern of building up and then rushing the enemy. Wargames are almost non-existent on iOS and all the ones I’ve seen are turn-based, although just this week the very first “proper” wargame hit the iPad in the form of the eye-wateringly expensive Battle Academy. Curiously, they’re more common on Android, a result no doubt of the lower barriers to entry and the slew of wargamers who are also programmers wanting to try their hand at exporting their hobby to a mobile device. Perhaps hardware limitations are currently to blame but either way, I wouldn’t be surprised to see moves into this relatively unexplored territory in the near future.

15 thoughts to “A Different Kind of Digital Warfare”