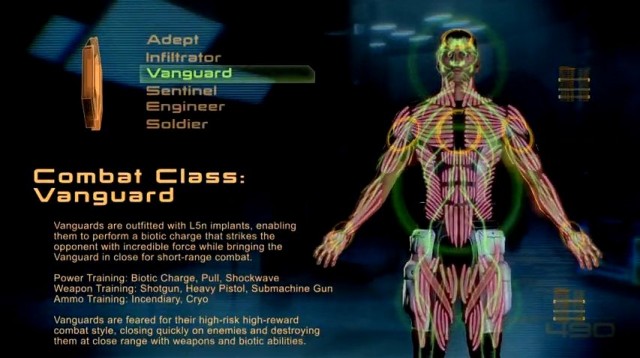 Ah youth. It truly is wasted on the young. Who among us hasn’t said stupid, pigheaded things in their youth, only to regret it later when they’re older and wiser? Lord knows I have.

A month ago I made the following comments, comments that haunt my waking hours as they show the depths of ignorance that lurk within a man’s soul:

On a similar note, I was disappointed to see that my beloved Vanguard class is not going to be a viable option for me in Mass Effect 3. The specialized biotic power, the ability to catapult yourself, Cannonball style towards your enemy and stun them, was more of a liability than anything else in ME2 and the trend continues here.

If only a time machine existed so that I could visit that petulant, ignorant child and give him what for! 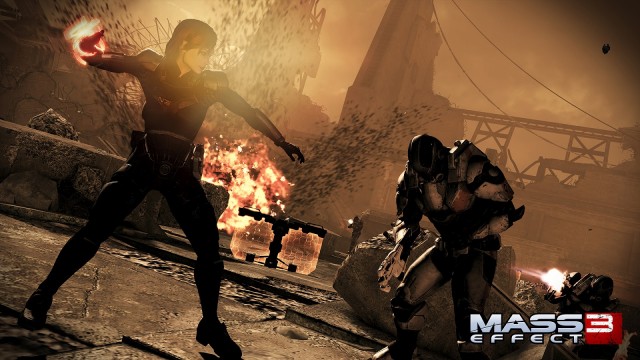 One of the best things about this site, other than my blinding wit, is the ability to have reasoned discussions in which people tell you in no uncertain terms what an uneducated lunkhead you are. Such was the discussion that took place after I stumbled through the Weeds of Stupidity, right into the Fields of Dumbitudiness and made the comments mentioned above. I appreciate that people felt comfortable enough to tell me that I was playing the Vanguard entirely wrong, because I was.

Now, I’m not a proud man, so when someone tells me that I’m doing something incorrectly, I’ll take into consideration. Nine times out of ten, I am doing it wrong and as much as it might pain me to admit it, corrections are necessary. After reading how I was playing the Vanguard incorrectly, I decided to stick with it in Mass Effect 3 and use the strategies given to me by the readers here. Man, what a difference that made. 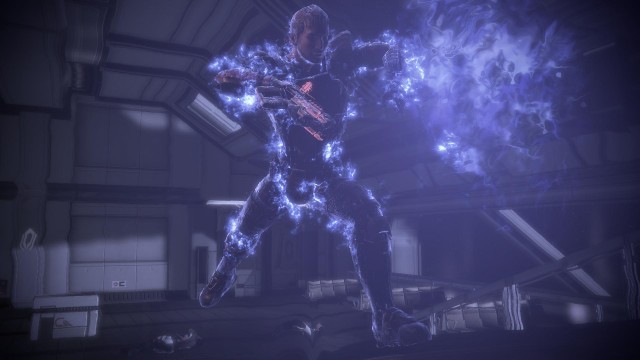 I haven’t had this much fun in battle in any Mass Effect game since, oh, I don’t know, ever. Before, I was content to stick behind cover, pop off powers and whittle down my enemies’ shields and barriers before maybe charging in for the killing blow. Granted, at that point, it felt like overkill as the enemies were all dead save for one poor straggler who was down to maybe 10% of their health. Hard to feel like a mighty warrior when your squad does all of the work and you knock some poor, 3/4 dead soul into a wall.

This time though, I’m popping around the battlefield like an angry, murderous pinball. It doesn’t always work. Many the time have I charged into a combat engineer only to get lit up by the turret he just placed down but when that happens, I take whatever kills I got, stow them away towards the various achievements and try again. More often than not, I do get it right. A squad of unshielded Cerberus soldiers is a sight to behold, milling about, unaware that death stalks them on biotic wings. A charged attack, followed up buy a Nova slam usually does the trick. Anyone left standing gets a fist full of biotic fury. Shielded enemies, get the same only with a peppering of inferno shotgun ammo to help them along towards oblivion. 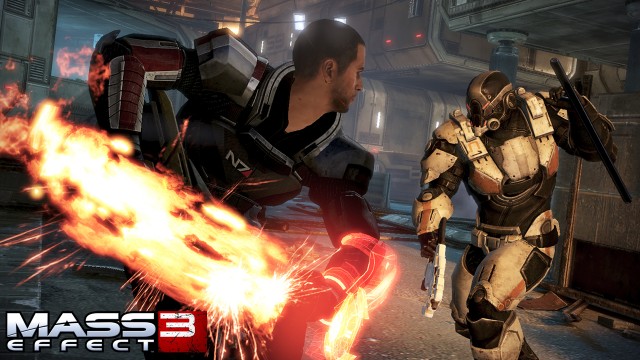 In fact, I like using my powers so much that I use them a bit too much. The aforementioned turrets pose a problem as I usually can’t blast them apart and they are more than happy to light me up while I take care of stragglers. Worse is that the engineers that put them down are cowards, unwilling to come out and face me, choosing instead to hide behind cover and let their smoke grenades and filthy turrets do all of their dirty work.

Part of what makes this combination of powers appeal to me is the reason I chose them in the first place, namely that they make perfect sense for the character I’m playing. Shepard is a Renegade in most cases, choosing only Paragon options when dealing with her crew’s personal matters. She is headstrong, confident and in your face. The Vanguard class fits this personality perfectly as Vanguards excel at getting in the faces of their enemies, always one step ahead of death, striking, picking new targets and striking again. The tradeoff is that it is very easy to get killed but it’s also very easy to stumble and piss off the wrong person as a Renegade, so again, it works. 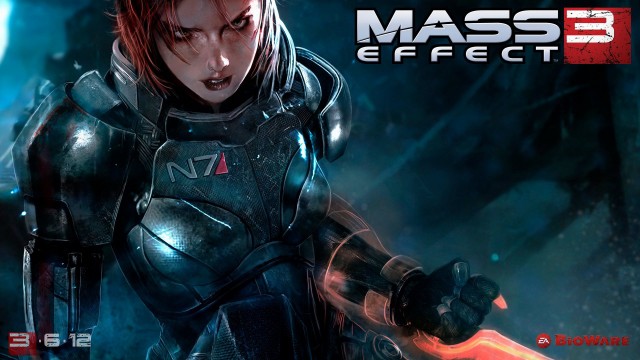 The class also appeals to me because I am not, in any way, a take charge kind of guy. I understand completely that many of the great things that have happened to me over the years did so with very little effort on my part. My wife sought me out, I have fallen into excellent job opportunities and I’ve been lucky enough to be in the position to take advantage of various opportunities when they’ve arrived. That’s not to say that I don’t work hard, because I do, but anyone who knows me would never classify me as a go-getter. Obviously, I’m not on a quest to save the galaxy, and I’m not the type of person who does whatever it takes, friendships and alliances be damned, so playing as a female Renegade Vanguard allows me to be play as completely different a character as possible. In fact, the only thing Shepard and I have in common is that we both like women. I guess some stuff is too entrenched to get rid of easily.

So thank you, No High Scores readers, for feeling comfortable enough to tell me that I’m a gigantic idiot and for opening my thinking to the correct way to play a Vanguard. I can’t say that I’ll try an Insane run with this power set, but for now, it suits me just fine. The next time I charge a Krogan, I’ll be thinking of you, even if those thoughts are the last ones that go through my head.

5 thoughts to “Revisiting the Vanguard”