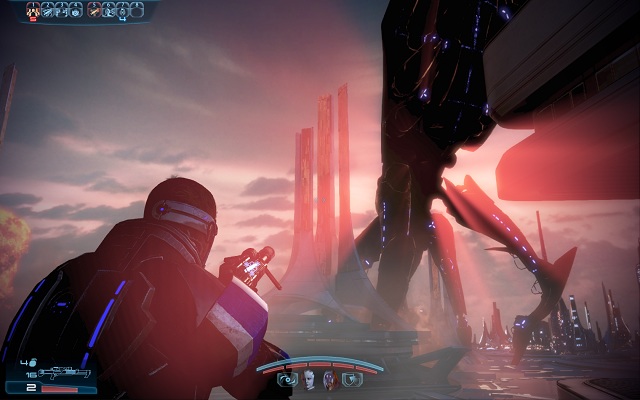 Today Bioware co-founder Ray Muzyka took to the Internets to drop the official Bioware position on fan and critical reaction to Mass Effect 3’s ending. The whole comment is worth reading, but this is the part, I presume, that made my Twitter feed explode this morning:

Building on their research, Exec Producer Casey Hudson and the team are hard at work on a number of game content initiatives that will help answer the questions, providing more clarity for those seeking further closure to their journey. You’ll hear more on this in April. We’re working hard to maintain the right balance between the artistic integrity of the original story while addressing the fan feedback we’ve received. This is in addition to our existing plan to continue providing new Mass Effect content and new full games, so rest assured that your journey in the Mass Effect universe can, and will, continue.

Most every critic I follow has absolutely skewered Bioware for supposedly caving to fan entitlement and changing the ending for the game. I actually feel for Bioware here. It’s the classic damned if you do, damned if you don’t scenario. Personally, I’ve read the full statement three times and it’s not at all clear what they actually intend to do so I think the more prudent move here is to withhold judgment.

Incidentally, I have my full thoughts on the game’s ending, and the surrounding silliness, going up first thing tomorrow. You know, just in case the 1,463,352 other stories about it on the web weren’t enough for you.

This is fast-becoming one of the damndest scenarios I’ve seen unfold in this business.