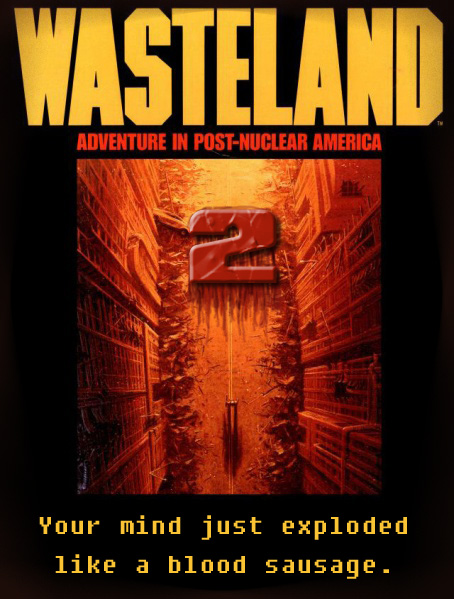 This Kickstarter thing just blows me away. Brian Fargo has written up the latest update on where things stand and um, yeah, 1.4 million dollars later and Wasteland 2 is all systems go.

The big question for me, and I sort of hate to say this considering all the love and harmony this has caused but …can inXile pull this off? I know, I know — a lot of the former team members are on board and you can tell Fargo really wants to make this happen.

But are we just assuming this is going to be great? InXile has yet to really knock one out of the park.

Fargo also offers up an anecdote in this update about how a kid who donated to the game was his neighbor some 20 years ago.

“This message is intended for Brian Fargo. Brian, I was your next door neighbor when you used to live in Laguna. I was a pesky 15 or 16 year old kid that would come around and ask you about games. You would sit down and take time to talk to me about games, and the industry, and I just wanted you to know how cool it was that you didn’t blow me off. It meant a lot to me. Recently, I found out about your Kickstarter movement for Wasteland 2, and I contributed to it because I believe in you and your ability to resurrect the glory of the franchise. I wish you the best of luck in your endeavors, and thank you again for creating some memorable memories for me during my teenage years. Take care!”

It shows that being nice creates goodwill 20 years later.

I read that and immediately thought, “Brian has no idea who this kid is…” I am such a bad person, I know.

READ ALSO:  Fighting Fantasy Blood of the Zombies out on iOS & Android

Fargo’s Kick it Forward initiative is a great idea though. I hope that is something that becomes the standard practice. And, honestly, here’s hoping Wasteland 2 is great. I want that game to succeed.