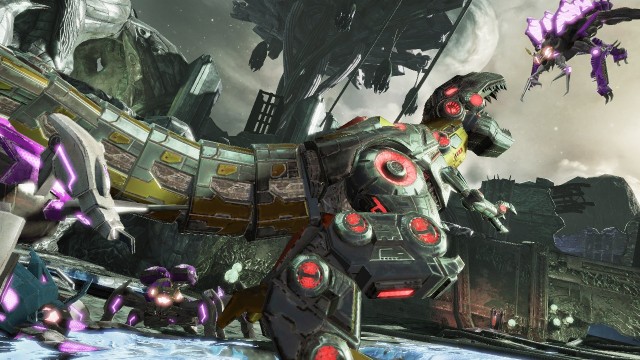 How huge? If Bill’s board games were Transformers, he’d be me. I had to build custom shelving in my basement to hold all of them. I have a bin filled with nothing but instruction manuals. I review games, not so much to pay for new games, but to pay for new Transformers. When I return from Disney, I plan on getting an Autobot symbol tattoo. Money spent on these toys is well into the thousands. So, yeah, I’m a big fan.

My fandom is a relatively recent thing, spurred on at first by discovering and reading Shortpacked, but also fueled by the live action movies and the Transformers: Animated tv show. I know, I know, people hate the movies. I get it. I can understand why people hate the movies, I’m just not one of those people. Transformers: Animated though, should be loved universally because it was, in a word, excellent. Gone was the almost deity-like Optimus Prime whose decisions were always the right ones, replaced instead with a young, unsure Optimus who had washed out of the Prime program on Cybertron and now was in charge of what was essentially a maintenance crew. His evolution from unsure boss to the commanding leader we all know and love over the course of three seasons was a joy to watch, as was the characterizations of not only his support crew of Bumblebee, Bulkhead and Ratchet, but the other Transformers back on Cybertron. It certainly didn’t hurt that the Animated toys are, hands down, the best Transformer toys ever made. 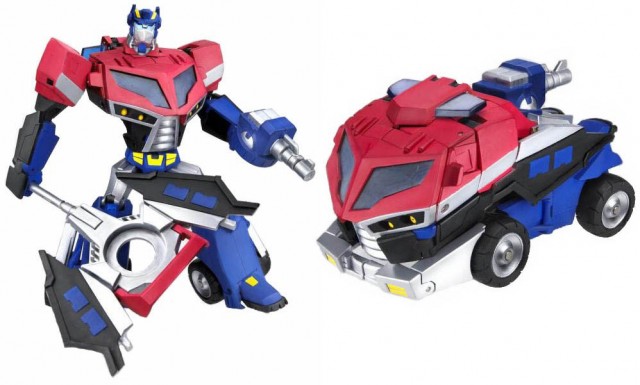 Don’t get me wrong, I love all of the toys, going so far as to make my entire family go with me to Walmart during our last Disney vacation trip so that I could stock up on Revenge of the Fallen toys, but the Animated toys were not only show accurate, but had great transformations, clean lines and a phenomenal sense of personality. I mean, look at that toy. It’s almost show identical, it’s a joy to transform and nothing is cheap or gimmicky. The robot isn’t a dude with half of a truck on his back and the truck isn’t a vehicle with some limbs hanging off of it. Plus, Optimus could raise and lower his face mask, in case you were one of the people irritated about the addition of lips.

So when War for Cybertron came out, I was predisposed to like it, yet at the same time skeptical. Transformer games did not have an excellent track record up until this point, however I did enjoy the PS2 game based on the Armada series. The movie games were downright awful, as most movie tie-in games were, but, this one seemed different. Plus, there were new toys to enjoy. Aside from some minor problems, I quite liked War for Cybertron. I loved the setting and loved being able to play as different characters throughout the game. Co-op was a little dodgy and their survival mode ended up in heartbreak in the final wave, but for the most part, I think High Moon did a good job with the license.

A couple of new Fall of Cybertron trailers hit yesterday and I’m even more excited for this one than I was the original. Part of that is because they didn’t gloss over the fact that the original games had issues, but mostly because I like the idea of being able to use your ability to transform to attack the levels in different ways. Hopefully they’ll deliver on this promise effectively and aren’t just paying it lip service.

Best of all, the game features Grimlock and Bruticus which means not only will we get a new Grimlock toy, but for the first time since I don’t know when, we’ll get a full sized combiner. Frankly the game could be shit and I won’t give a damn because I’ll be too busy making my awesome robot dinosaur fight my awesome robot combiner. When those two fight, everybody wins.

2 thoughts to “Fall of Cybertron Trailer-pa-looza”