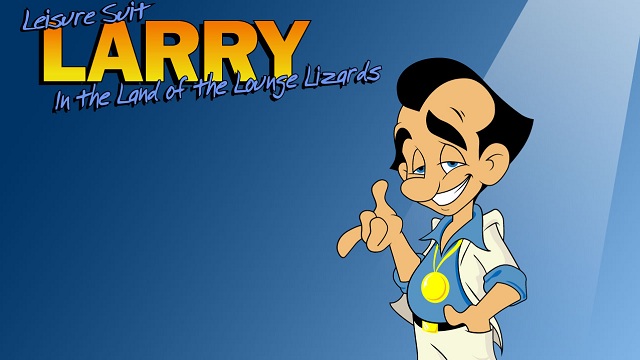 UPDATE: After a full day, the project has hit $100k in commitments, including 9 $1,000 backers. The odds of me taking some egg in the face over this post just went up, but honestly, my gut instinct is still that it’s going to sputter out short of the mark.

I’ve been wondering at what point I would see a game-related Kickstarter go one bridge too far to grab my interest. It took a bit longer than I thought, but I think the reveal that Replay Games has teamed up with series creator Al Lowe to remake the Leisure Suit Larry series may just fit the bill. First, the obligatory details:

The remake aims to bring the game to mobile devices, add in full voice acting (while still going mobile?), update the graphics, and add more of the “humor that’s made Al Lowe a household name.” The bottom end donation is $15 and will get you a digital copy of the game. The progressive “rewards” from there include a PDF art book, soundtrack, playing cards, and Larry-themed condom. I assume that’s one of those trademark bits of humor that made Al Lowe a household name?

Look, it’s not my intention to disrespect Lowe, Replay Games, or anyone’s love for this series. Hey, when I was 12 (give or take a couple years) I loved this series. But I was 12 and the list of games with content that my parents would object to of was pretty darn short. If you brought 12-year old me to the present, I suspect he’d agree with 29-year old me that Larry Laffer is a character best left to the ghosts of gaming’s past. But that hasn’t stopped attempts to resurrect this series at every turn. It’s not like this is the first attempt to make Larry connect to a modern audience. In the past decade we’ve seen such success stories as:

Kickstarter gaming projects, up to this point, have generally been about resurrecting game franchises and varieties of gameplay that other publishers have generally rejected. It’s not like Brian Fargo didn’t try to get a publisher for Wasteland 2. Without Kickstarter that project sits in a drawer. Leisure Suit Larry? He’s had his chance, more than one, to connect with a modern audience and guess what? Eyerolls and crickets has been my general impression.

Given that, this will be an interesting project to watch. On day one of a month-long campaign it currently sits at a bit over $20k (at the time of this post) against a goal of $500,000. My experience has been that if a Kickstarter game project goes big, the donations surge on that first day. If that’s going to happen here, the momentum sure hasn’t started to kick in just yet. So, the question becomes, if it ends, say, its first 48 hours at $100k, does it have any prayer of making it the rest of the way? I’m not holding my breath. But perhaps I’m underestimating the appeal of stepping into the shoes of a balding middle-aged swinger clad in polyester. Does this project excite any of you?

18 thoughts to “Kickstarter or Nonstarter? Leisure Suit Larry Takes His Turn on the Catwalk”