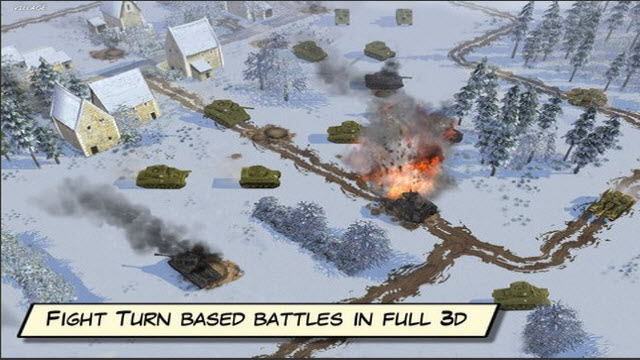 Battle Academy, a $20 iPad app from Slitherine raises eyebrows not just because of its premium price, but also because it is a fully featured pop wargame in the vein of Panzer General. Unlike many original App Store strategy offerings like UniWar, Great Little Wargame or Ravenmark, Battle Academy is a direct port of a fairly recent PC game with virtually no loss in content. Visual quality takes something of a hit in the translation, but you’d be hard pressed to find a richer, more satisfying turn-based wargame on the platform. It sets a precedent for bot this kind of game on IOS as well as for the availability of more niche, complex titles- trends that other developers will hopefully follow.

The feature list is impressive. You could buy 20 single mechanic physics games with funny animals or you could buy this game with something like 100 different World War II units, 30 campaign missions that offer plenty of replayability as you try to meet specific criteria in each to earn stars, asynchronous multiplayer, skirmish modes, and even a kind of horde/survival mode. You can even download- for free- 10 user-created maps from the PC game. If you exhaust all of that, the game also has three $10 IAPs that will give you another whopping 27 missions.

On top of all that raw content, which could account for literally hundreds of hours of gameplay, you’re buying a detailed- yet accessible- conflict simulation . Battle Academy takes into account everything from wargame basics such as line of sight, terrain, cover, fog of war, and artillery to more detailed concepts such as morale, suppression, ambushes, armor deflection, portage, and infiltration.

It’s actually a little overwhelming on the iPad, if only because it’s so unexpected and out of character on platform mostly known for casual, mainstream games. The tutorial levels are decent and playing through the campaigns in sequence (starting with North Africa) help, but I would have liked to have seen more in-line help available. Slitherine’s Web site has a lot of useful information, but some more tool tips and more transparency regarding what is going mechanically would have been appreciated. I get it that shooting at a fast-moving target reduces my chance to hit. But how much? 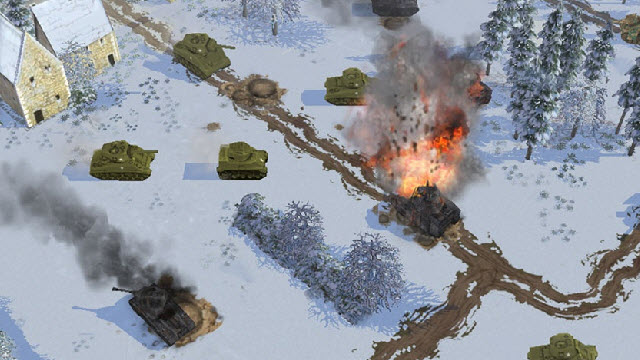 Like Panzer General, the game is user friendly and you can take a look at your chances to hit or kill a unit taking into account cover and other factors before issuing a fire order. It’s an action point system, so budgeting enough points to move, shoot, hunt, turn, or disembark is important. You don’t want those Rangers to run out of steam while standing out in a gap in the bocage or that blasted British anti-tank unit with the rear-facing gun to get stuck pointed away from the Panzers. The touch interface you’ll use to marshal the troops mostly works well, but with all the double-tapping and pop-up icons it’s pretty easy to screw up and send the Bren gunners down the hill by mistake.

Every mission gives you plenty to think about from spending points to choose additional units on through deployment and execution. Objectives vary from seizing control points, sieging fortified areas, and holding territory under assault. Some of the larger scenarios can be quite daunting and time-consuming, if not frustrating. This is not Advance Wars.

It may not be a cartoon, but the game’s interstitial mission briefings and typesetting is all smartly comic book-styled, with multi-panel comics pages outlining the objectives for each mission. It’s a very cool look straight out of a Sgt. Rock book, and it gives the game another layer of approachability that stock photographs or grognardy Osprey illustrations wouldn’t afford.

Other visual assets don’t fare so well. The terrain textures are muddy whether it’s the beaches of Normandy, the snows at the Bulge, or the North African desert. Units are likewise dull-looking and low resolution. The game offers a fully scaleable, rotatable 3D view or a top-down one that’s frankly easier to use. I found myself wishing that the game offered a truly old school cardboard counter-style visual option. A recent update adds support for the new iPad’s Retina display, but I’ve not seen it for myself to comment.

I received a review code for Battle Academy from the publisher, but had I bought it for $20 I think it would represent a tremendous value and an absolute must-have for anyone interested in wargaming on the iPad. It’s easy to furrow the brow over the price, but the jump in quality and type of content is apparent throughout the package. It’s likely that diehard PC strategy gamers might be less impressed by the game with more options available on that platform, but speaking as a player that hasn’t had a gaming PC in the past five years I’m thrilled to have this kind of game on the iPad.