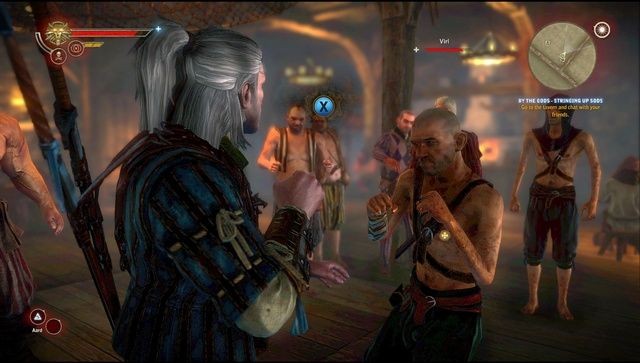 So you are a console gamer, specifically an Xbox 360 owner, who has heard PC gamers sing the praises of CD Projekt RED and its stance on DRM and how awesome The Witcher series is, going back to the 2007 original. So what is it about Geralt of Rivia and his monster hunting ways that makes the game such a hit with PC RPG fans? What can you expect tomorrow when the 360 version drops?

As I said, this is a long, long game and there’s a metric ton of dialogue so speed gaming through The Witcher 2 simply doesn’t work. Get ready for a journey with a huge scope. It’s not Skyrim big, but it’s also not Skyrim aimless, either. The campaign is focused. You know what you are trying to do and while there are a lot of “side quests” none of them have anything to do with trivial nonsense. FedEx quests and cats stuck in trees — Witchers don’t play that. Ok granted I could do without the arm wrestling and fistfight contests. One of the best aspects of the game is that you can see Geralt doing all of this stuff. You will not find a quest in this game that seems out of place. After all, Geralt is a Witcher and Witchers are professional monster hunters so going off to kill a Nekkar nest or hunt Harpy feathers for money fits perfectly in what Geralt is all about.

A man has to eat, right? Geralt calls it Witcher’s work. I call it a game with meaningful side quests. Hooray!

While the campaign is tightly focused there are myriad of choices that you are forced to make that will radically change the path of your quest. Some of these choices might even seem mundane, until you realize– they weren’t. I made choices in hour one that had an effect in hour ten. The game does a brilliant job in making things come full circle.

A huge personal attraction is the world of the Witcher itself. While I am leery calling this ultra low fantasy, there remains a certain grimness to the setting that I find appealing. It’s dirty. At times a bit obscene, even. When one of the Dwarf NPCs says about a lesbian female sorceress: “Everyone knows she doesn’t go for cock” it should tell you all you need to know. Crass? Oh yeah. But when you meet this Dwarf you can see him saying that. Sexist? Sure, the Dwarf is, but the game isn’t going for cheap thrills. This world is bleak, dirty, mean, and sexually charged.

The use of sex and sexual imagery is a 180 degree turn from games such as Dragon Age or Mass Effect. In those games, sex is treated like a goal. It’s fake sexy and handled so poorly to be a distraction. Gamers would use every conversation, looking for those subtle clues that the person you are talking to might want to have sex with you.

The Witcher 2 opens with Geralt and Tress in bed, in a tent near a battlefield. You are presented with a shot of Triss’ ass and bare breasts. A guard walks in and his eyes nearly pop out of his head. Geralt looks at him, waiting for him to leave as he gets one last peek at the beautiful woman. Immediately you know this: Geralt doesn’t have to work or beg for it. No trinkets required. There will be no dialogue trees asking gamers to hope that your character has sex on screen. You want Geralt to get laid? Go to a whorehouse. Done. There are only a few potential romances in the game and even then, this isn’t some long drawn out charade. And while Dragon and Age and Mass Effect tease you with its sex scenes, The Witcher holds no such punches.

There’s a ton of sexual imagery in the game, like the aforementioned sorceress — she has a female student/slave that she loves to ‘play’ with. The Witcher 2 doesn’t hide its sexuality. It’s a mature game for mature audiences. I have never had a problem with intense sexual situations in videogames, they just need to fit in the story, make sense, and be handled properly. I hate the sexual stuff in Bioware games. I’m totally fine with it here.

Combat is fast and fluid. In the original game it was more timing based — you watched as Geralt went nuts with his sword and you had to click the mouse in rhythm in order to pull off advanced moves. That’s been toned down a tad in the sequel and while there is still a rhythm to combat it’s not as precise as the first game, which I admittedly miss a bit. Additionally, alchemy is also streamlined. Still, one of the most rewarding aspects is when Geralt faces a tough fight — it becomes highly tactical not only in how he approaches combat but there’s also the question of traps — do you use any? Pre-fight oils for your sword? Do you cover your weapon in a specific oil to aid you in the fight? What about potions? Do you have time to create or drink any? Remember, you cannot drink a potion during combat; you need to meditate in order to consume them because they are all highly toxic. Planning is key, especially when going up against a lot of foes. I also suggest playing the game, if you are an experienced action-RPG player, on the hard setting. Normal isn’t a total cakewalk but as Geralt improves his ability some of the fights become a bit easy and playing on Hard makes every single fight worth thinking about.

And the best part? You can change the difficulty mid game. 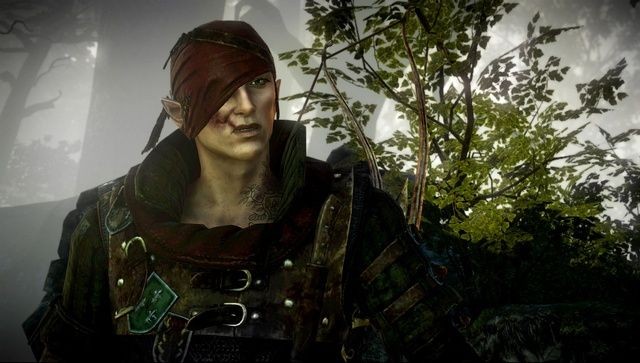 Crafting is another key element, not only buying new items from merchants but finding diagrams and formulas. This is why money is so important and why Geralt going out of his way to fulfill a monster killing contract makes sense. Diagrams and alchemical formulas aren’t cheap — and he needs them.

Character customization, while not as deep as in the original, does allow you to focus Geralt’s ability in multiple areas. While you can’t specifically do typical RPG things like “add 1 point to your strength value” — which again makes perfect sense to me. How exactly does that work? Geralt looks pretty strong already, no? Anyway, here you decide what Witcher path to take: you can make Geralt more adept at swordplay, alchemy, signing (spells) or general training. You may also mix and match so you don’t need to put all talent points into one area. It’s a neat system and it forgoes the traditional, and stale, pattern of most role-playing games.

As I said before on Friday, this isn’t the perfect game as there are certainly things I don’t like. The quest map, for example, can be a pain in the ass, especially in Vergen in Chapter 2. Hoo lordy that place is annoying as hell to get around in. When others temporarily join your group for a quest the pathfinding can be frustrating. The interface of cycling from the map, inventory, quest log, etc is much faster on the PC. The dialogue can go in circles and people will greet you like you have never met even though you had a 10 minute conversation a few hours earlier. Those are certainly annoyances — but the good far outweighs the bad.

I’m really excited to hear how people who haven’t played the games on PC react to it. I guess we’ll find out tomorrow, eh?

7 thoughts to “The Wonders of The Witcher 2”