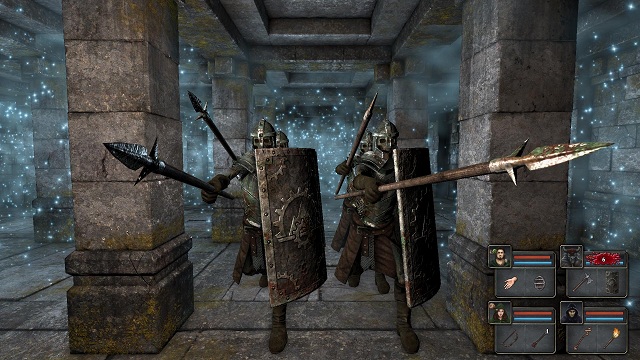 It’s been slow-going (a longer story that I may or may not write about later), but I’ve been dutifully plugging an hour here and an hour there into the new PC RPG, Legend of Grimrock (which I keep calling “Grimlock,” for reasons passing understanding). If you were a fan of games like Eye of the Beholder from back in the day, this one’s definitely worth a look, especially if you’re interested in a good old-fashioned dungeon crawl that isn’t just following a path from point A to point B.

Fans of the game will be glad to know that it’s been such a successful launch that it managed to show up as Steam’s top seller for awhile there. You can read the full details at the Grimrock Blog, but suffice it to say they’ve already covered their development costs “many time over,” and are hard at work on the game’s first patch (v1.1.4), which should arrive any day now and cover the following assorted fixes:

My fellow arachnophobes are hereby warned that the spiders are creepy as all get out. More to come!