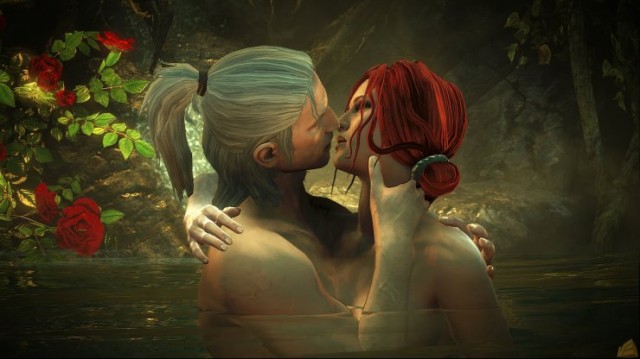 Eurogamer has a massive article up today on the making of The Witcher 2 and how it was ported to the Xbox 360 and a host of other topics. This is absolutely worth a read, although you may want to bring a snack.

It’s Brakke-esque in its length.

There’s a ton of tech talk here if you are into that sort of thing but the big take away, for me, was that the people at CD Projekt RED are not to be messed with — this is a ridiculously talented group of developers, programmers, writers and artists. They deserve every accolade they get and I cannot wait to see what they do next.

I loved this bit about the community in regards to both DLC and DRM:

“We create and deliver DLC as a way to retain our loyal fan base and don’t want to alienate them by nickel-and-diming them every time we release something new,” explains executive producer John Mamais. “Hopefully we can also pick up some new fans along the way with such a philosophy. The community is very important to the continuing success of a game development studio, and we always try to listen to our fan feedback.”

Mamais also hopes that the studio’s noted dislike of DRM helps reduce the impact of piracy.

“I think we’ve gained lots of respect in the gaming community because of it and hopefully that’s mitigating some of the piracy,” he says. “When W2 pirates openly converse on forums they are often lambasted by other would-be pirates because of our policy – look at the comments on 4chan, where pirates were getting trolled for trying to download our game. To some extent, that’s evidence that our way is not only right, but actually makes an impact. We need folks to buy the game so we can earn enough cash to make the next one – but customers should feel that they want to buy it. That’s why we put so much care into our community.”

How can you not root for these guys?

8 thoughts to “The Making of The Witcher 2”