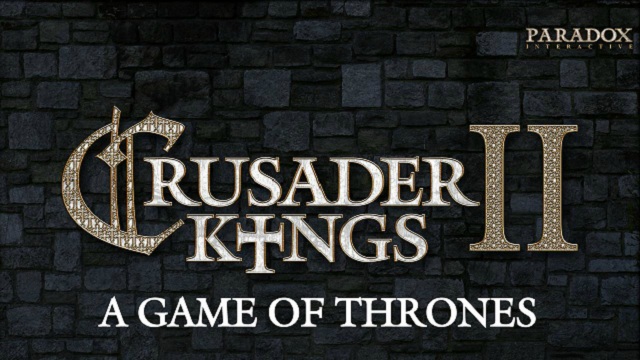 Back when I first got a look at Crusader Kings 2, my first thought was, “When will see a Game of Thrones mod?” All that plotting and conniving and court intrigue always seemed like it would make the two a natural fit. It turns out, it didn’t take very long at all as some enterprising modders obviously had the same thought and set to work. I, obviously, haven’t tried this yet; not sure if I’ll get around to it or not, but if any of you get a chance to play around with it, stop by the comments and let us know if it all comes together. (This is, technically, in beta.)

Who can I play?
You can play as any landed feudal noble in Westeros, as well as the Night’s Watch.

You can play as a holy order?
Yes. Although they’re not that interesting at the moment. No wildlings yet.

What are some of the new features?
Knights, Maesters, our new “Megawar” system for handling civil wars, the Night’s Watch, and a new system for plotting your assassinations are just a few among many.

What scenarios are available?
At the moment, our only available scenario is Robert’s Rebellion, when Robert Baratheon, Eddard Stark, Jon Arryn, Hoster Tully, and Tywin Lannister overthrew the Mad King and brought the Targaryen dynasty to an end. We are looking into other scenarios for future releases.

Hat tip to Rock, Paper, Shotgun for this one.

2 thoughts to “Crusader Kings 2 Gets Game of Thrones Mod”