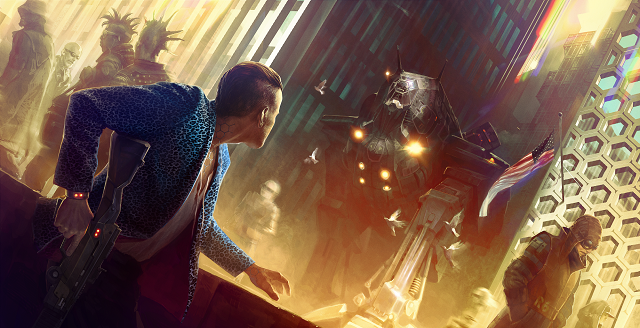 CD Projekt Red just had their big summer press conference and they officially announced their new non-Witchery IP – Cyberpunk. A little on the nose, I suppose, but it’s evidently based on an existing pen and paper property from RPG designer Mike Pondsmith. So, who had Cyberpunk in the pool?

Here are the rest of the details from CD Projekt:

At the conference, CD Projekt co-founder Marcin Iwinski promised players that this game would have all of the hallmarks of the Witcher series that has made the developer so well-known and loved, and even more. Their upcoming RPG will be designed for mature and demanding players who expect to be treated seriously, and the game will be richly detailed, non-linear, and with a complex and gripping story. This much is expected from the talented studio, but the new universe brings with it some new twists in their game design. Players will experience the world through their own, unique characters chosen from different classes – be they blood-thirsty mercenaries or cunning hackers – that they will equip with vast selection of cybernetic implants and deadly weapons. As in the Witcher series, players will face morally ambiguous choices, their actions influencing events in the world at large and the fate of the individuals they encounter.

?Original “Cyberpunk” game designer Mike Pondsmith was at hand for the conference in Warsaw, Poland. “For over two decades, I’ve been proud to say that Cyberpunk’s been the gold standard of what it means to be a true cyberpunk game. And it’s been a huge success for me and our many fans, with over 5 million players worldwide. But over all that time we haven’t found the right team to bring our cyberpunk world to full digital life — until now. CD Projekt Red is the team we’ve been hoping for. Their incredible work on The Witcher and The Witcher 2 shows that they share the same dedication and love of great games that we do at Talsorian. I’m especially stoked that they want our participation in making this game a fantastic project that will live up to everything Cyberpunk fans (old and new) have been waiting for. Trust me — this game is going to rock,” said “Maxmike” Pondsmith.

This game will be developed by a new team at CD Projekt RED Studio, composed of veterans from the Witcher franchise. The studio will set new standard in the futuristic RPG genre with an exceptional gaming experience. The most important goal for this division is to create a game matching their vision, a game that corresponds to their high production values.

Yeah, not a lot of intricate detail here, but as is par for the course these days, expect a lot of dribbling out of info over the coming months (years?).