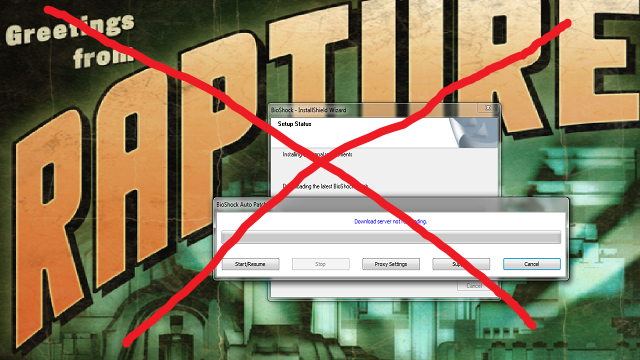 Here at No High Scores we’ve, rather justly, beaten the topic of DRM in games into the ground, and I’d imagine we’ll continue to do so. In most cases, like in talking about Diablo 3, we’re talking in the relative abstract about the way in which stringent online authentication demands can cause real problems for gamers. It’s a real concern, but in the here and now, it’s largely nuisance issues. Sure, Diablo 3 servers go down, but they go back up. You can have DLC headaches with Bioware games, but they generally get cleared up eventually. There’s a lot of frustration, but no impassable roadblocks to speak of. Mostly, we talk about and live in fear of the potential for nightmare scenarios that could permanently block you from playing a game you’ve purchase. This past weekend, I hit on exactly that…

I’ve been dating. This is not a dating post and I don’t intend for it become one, but it’s how the story starts so you’ll just have to grit your teeth and bear with the notion that a member of the opposite sex finds me charming and rogue-like. It’s a mystery that will confound scientists for decades. Anyway. We were kicking back in my living room recently when she inquired about the creepy doll-like object I had hanging from the fireplace. You might have seen him before: 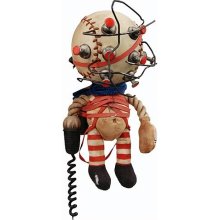 Hat tip to Brandon, by the way. He bought it for me. It’s awesome.

At this point she knows me well enough to know I’m a big geek and a gamer. I don’t talk about games a lot with her, but I have no reservation about launching into an abridged explanation of Bioshock, Big Daddies, and what generally made the game tick. It’s an interesting game and a very discussion-worthy premise. She was rather interested and I noted that I thought the first five minutes of Bioshock are among the very best I’ve seen from video games. I still find that initial descent into Rapture an incredible thing. So I decide to go do a quick game install and let her see it for herself. Why not? If you show a girl Bioshock and she bolts then it was never meant to be. Right, Wayne? 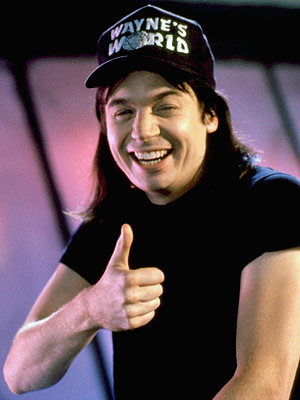 The game install is slow, but I return to the PC a half hour later and see this error message:

Why wasn’t the download server responding? Your guess is as good as mine, but near as I can figure from an hour of Google Kung Fu, the installer included with the boxed version of this game can be rather persnickity. The server it’s trying to access is there, the Auto Patcher just can’t get to it. I’ve seen various forum posts indicating potential firewall interference, antivirus software interference, browser settings issues (including it just not liking specific browsers), and more. I tried a few simple solutions (turning off my a/v and firewall), but neither worked. Another potential solution, that I’ll get to, I haven’t tried yet. Try explaining the intricacies and pointlessness of DRM insanity, by the way, to someone who only plays Scrabble and Sudoku on an Android phone. It’s not exactly a selling point on this industry.

The problem, however is not that the game wouldn’t install without phoning home to the server to authenticate. I never even got as far as providing a software key or anything. And the game did install. As soon as it was done installing, however, it immediately phones home for the patch. When it can’t locate the patch server you are faced with two options: Retry or Cancel. Retry works about as well as you’d expect. Cancel immediately removes the install and returns you to the Windows desktop. In other words, every time I try and troubleshoot my way around this, I have to reinstall the game from scratch.

READ ALSO:  Back to basics with X-Wing and Armada

This, my friends, is the DRM nightmare scenario and we’re going to run into it more and more often in the years ahead. The game installed just fine when I bought it. It even installed just fine a couple of years later when I installed it again. This time, however, I’ve hit a brick wall, that sure, as a more advanced PC user, I might just be able to work around. But what about Joe Average? Is he going to be able to find the forum thread that says to try uninstalling (not just turn off, but uninstall) his anti-virus software? Or that he should leave the error message up, move the install directory to a new location, click Cancel, and then move the folder back?

What’s he going to think? What did my Special Lady Friend, a potential casual gamer in the making, think?

I’ll tell you what they think: Well that’s pretty stupid. Why even bother?

And they’d be right.

This isn’t even some crappy one-off game bought from the bargain bin at Wal Mart. This is for a flagship IP for 2k Games and I can’t so much as install it because of a DRM scheme that demands access to a patch server immediately upon the completion of installation. This is where PC gaming is headed and it’s incredibly not worth it because your average (non-dedicated) gamer is going to do the same thing I did, remove the game disc and toss it back on the shelf (or into the trash). They’re also not going to do something that I will do: Because I am who I am, I’ll end up buying and writing about Bioshock Infinite when it arrives. Will Joe Average buy anything with Bioshock in the title ever again?

I rather doubt it.

37 thoughts to “How DRM Killed My Bioshock”