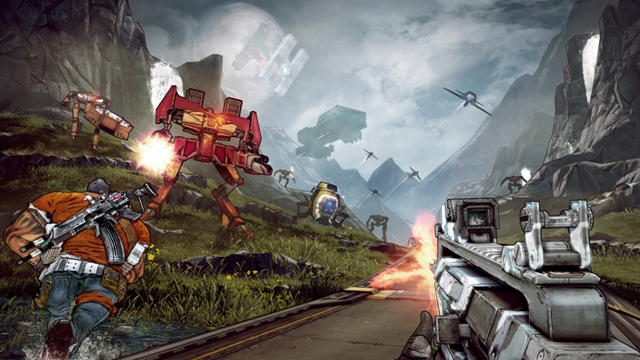 It’s late and I’m exhausted, but I wanted to throw up some quick points about Borderlands 2 and Dishonored, two of the best games I saw today, and two games that will probably end up being some of my favorites of the show.

Don’t worry, this won’t be my last word on either of these games. I just wanted to throw up some quick impressions. 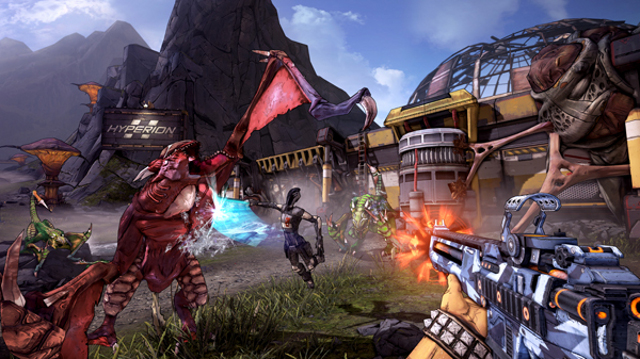 All four playable classes were available but I stuck with my Siren to see the differences. We were given 20 skill points to allocate but without a lot of time to see what you could play with, they were somewhat wasted. Ditto for the combat load-outs. I like to be able to compare my gun stats and pick the best tool for the job but we were on the clock so Bill’s gunzerker and I went to town.

The new phaselock power is cool, essentially trapping an enemy in a ball of energy and holding him/her aloft like a giant pinata. I picked a power that released health orbs when a phaselocked enemy was killed. It worked wonders. Unfortunately phaselock does not work against robots and we fought a huge number of robots. Like, lots and lots of robots. 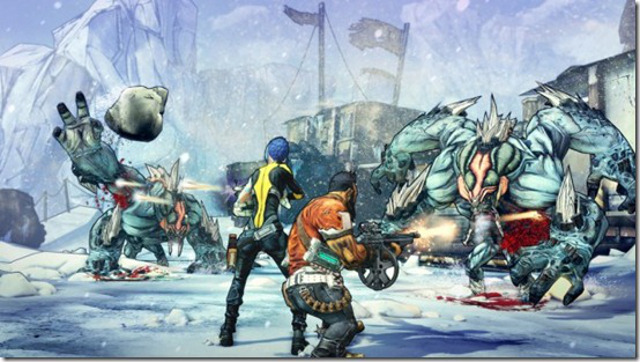 The color palette was very bright andeverything was extremely detailed. The same Borderlands sense of humor was present and as an added bonus, I got to chat a little with Gearbox writer Anthony Birch. Nice guy, that one. The gunplay was still very fast and chaotic, teamwork was still very important and respawning still sucks when that aforementioned teamwork didn’t work out.

In other words, it’s Bordelands, just more of it and by God, I couldn’t be happier. 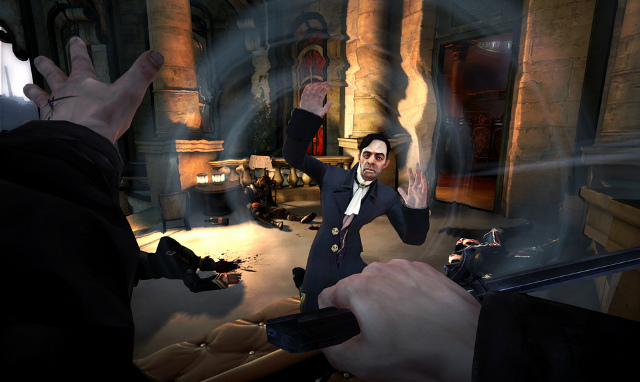 This was a game that I really didn’t take notice of until the last two trailers. The hands off demo we saw showed two different ways to complete an assassination mission, one where only the targets were killed and one where everyone was killed.

The game uses a central power wheel, accessible via the left bumper, to choose either powers or a weapon (crossbow, pistol, grenades) for use in the left hand. Your blade is always in your right with how you hold the blade changing depending on whether your skulking or not.

In the stealth run the devs were using short range teleports to move to higher ground as well as hide choked out guards in hard to see places and then merging (think possessing but full body, not just mind) with a fish to swim through a sewage outlet in to the building. Dark-o-vision helped with the sneaking allowing the devs to see through walls as they slipped through the shadows and killed their targets. 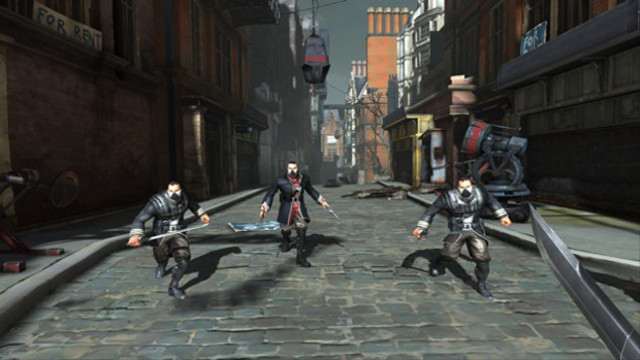 When it was time to kill, they went balls-out, using grenades, their sidearms and their blade to kill everything that moved. The game is a little too dismemberment crazy, but I guess that’s what happens when a supernatural assassin kills people. Bodies were flung with wind blasts, rats were called to devour people and lots of blood was spilled.

The game controls very well, picking and using powers is intuitive and the game has a really neat art style, not photo-realistic but not cartoony either. As I tooled around the level, I found multiple ways to get to my objective, even though I never completed it, having to leave to go to another meeting.

I spent a fair amount of time playing the game, don’t get me wrong, but with so many cool powers unlocked and so many paths to explore, it’s easy to get sidetracked. The game comes out on 10/9 and I know I’ll be marking that date with a big red circle.

I also saw Summoner Wars on the iPad and it looked awesome, but more on that later. Today it’s Darksiders 2, Star Trek and Of Orcs and Men. Just another day in paradise.