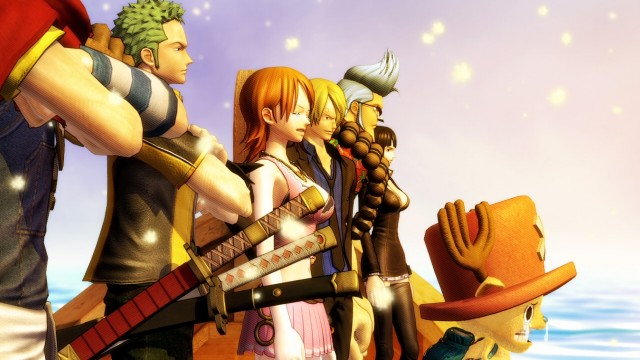 Most of the games we cover are serious and mature. They dwell in dark worlds of murder and deceit. We talk a lot about game such as The Witcher 2, Batman, and Dark Souls, but I don’t want to be entrenched in angst every single time I play game. Sometimes, I want my games to be bright and irreverent.

Since One Piece: Pirate Warriors was developed by Omega Force, the developer behind Dynasty Warriors and Fist of the North: Ken’s Rage, the gameplay shouldn’t require much explanation – pound the living snot out of huge mobs of bad guys, pull off a bunch of flashy moves, head to the next area, and repeat. It’s the way we played games when we were growing up, and I like to let the kid in me have some fun every now and then.

Besides, One Piece is a surprisingly good series. Yes, it looks weird, and I still struggle to get past that sometimes. But, it’s both funny and exciting, and filled with superhuman pirates; a good recipe for a beat-’em-up if you ask me.

More screenshots after the break.