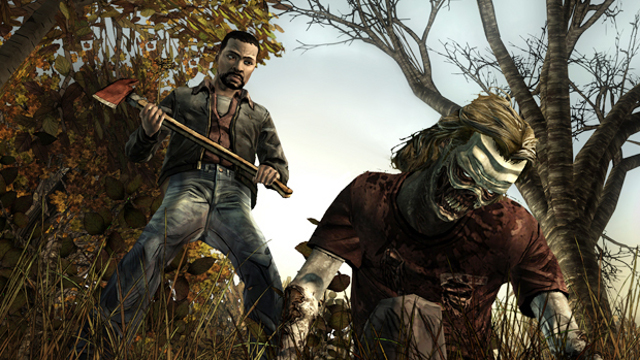 The most disturbing thing about seeing Telltale’s next episode of The Walking Dead wasn’t the gore, or the tension or the fact that it took three swings of an axe to handle a particularly grisly deed. The worst part was the meat.

No, not human flesh, but the smell of smoked turkey legs sitting in two giant warmers on the other side of Telltale’s booth. When you’re walking around E3 and all you’ve had to eat was a Fiber One bar and a bottle of water, the smell of smoked meat is enough to get your stomach growling. Having that smell then associated with zombies and the consumption of human flesh is an extremely uncomfortable association, especially when you then attempt to take said turkey leg and eat it while not thinking of it being someone’s arm. Oh well, a man’s gotta eat. 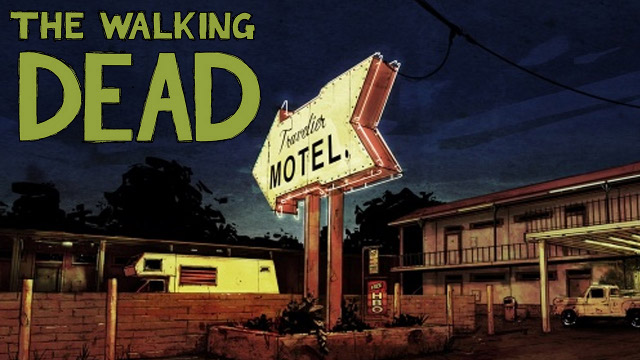 Episode Two of The Walking Dead is still set amidst the zombie apocalypse of the comic books and the tv show, but while the first episode was more about surviving zombie attacks, episode two focuses more on managing the ragtag group of survivors surrounding main character Lee Everett. That’s not to say that there isn’t a fair amount of walker attacks to fend off, but the decisions you make when you’re not capping walkers are just as important as how well you can swing an axe.

Upon making it back to the settlement after a forest hunting trip goes awry, Lee is faced with the unfortunate task of deciding who should get the last four pieces of food, de-facto leader Lilly having decided that she’s tired of looking like the bad guy for rationing. In this playthrough, Doug was saved in the first episode and while he may not be as good with weapons as Carley was, Doug has put his technical experience to work by rigging up a zombie early warning system. 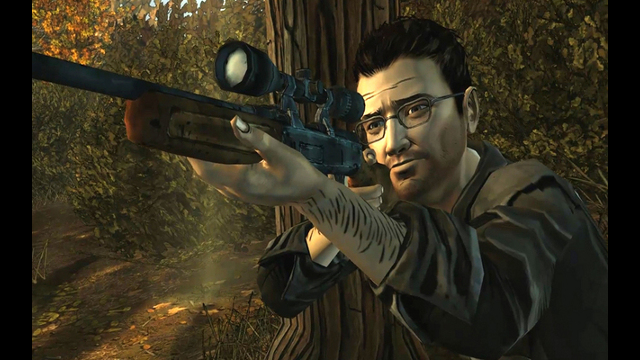 Unfortunately, Doug can’t use these skills to conjure up enough food for everyone and Lee’s unenviable task of distributing food makes it clear that the developers are forcing the player to make choices that will have ramifications well beyond the immediate future. Choosing to take care of Kenny’s son with a piece of beef jerky makes Kenny open to taking Lee with him to the coast. Similarly, choosing to not provide the other adults with food may make certain people weaker if the zombies do eventually attack, because you know that the zombies will eventually attack. After all, this is the Walking Dead. The zombies aren’t there to make cookies. The developers are currently planning on making Lee’s decisions and the relationships that rise and fall as a result last into the fifth episode but with only one episode in the books, it’s anyone’s guess how well they’ll be able to carry through on the plan.

On my way out of the booth I was able to play the upcoming release of Episode One on the iPad. Like all of the other Telltale properties that have been ported to iOS, this version looked almost identical to the console version and the touchscreen controls worked beautifully. I had originally planned on waiting until every episode was released on the console before playing them all, but if they’re coming to the iPad, I doubt I’ll be able to resist.

Episode Two of The Walking Dead releases this month on PSN and XBLA. The iOS version of Episode One is slated to release this summer.