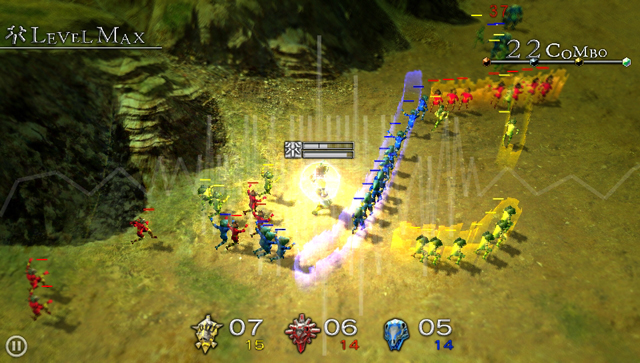 One of the problems of being at E3 is that you don’t always know what the general perspective of E3 is. I’m not sure if that’s an actual problem or just a blissful result of being in your own self absorbed world of giant, transforming robots and physical embodiments of the four horsemen of the Apocalypse.

So, when I read Michael’s excellent Gravity Rush piece, I wondered why he thought that Sony had given up on the Vita. After all, I spent a good hour going from one Vita title to another at the Sony booth at E3, surrounded by other folks similarly interested in Sony’s little handheld powerhouse.

As it turned, out, Michael was talking about the lack of Vita coverage at the Sony presser, which gave the impression that Sony was over the Vita. It’s perfectly understandable and yet another reason to avoid those vapid PR spectacles and instead seek out information on individual games. 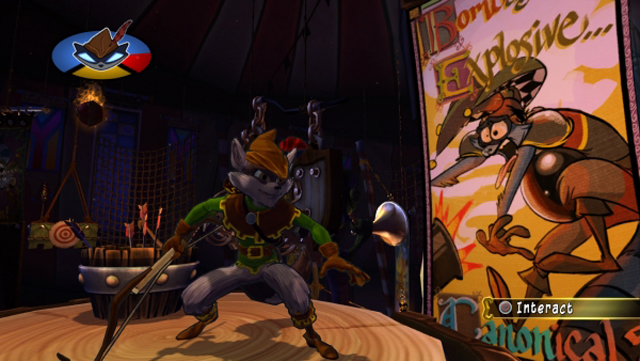 The game that I spent the most time with at the Sony booth was the upcoming Sly Cooper game, Sly Cooper: Thieves in Time. I was first drawn to it on the PS3 but once I saw it on running on the Vita, I knew it had to be mine.

Simply put, they’re the same game. And when I mean it’s the same game, I mean that between the visual style of the game and the power present in the Vita, the two games look identical. It reminds me of Ultimate Marvel vs Capcom 3 on the Vita. Add to the visuals the fact that the Vita has two thumbsticks, like a PS3 controller, and gryoscopic doo-dads, like a PS3 controller, and you have a handheld game that plays almost identical to its larger console counterpart. 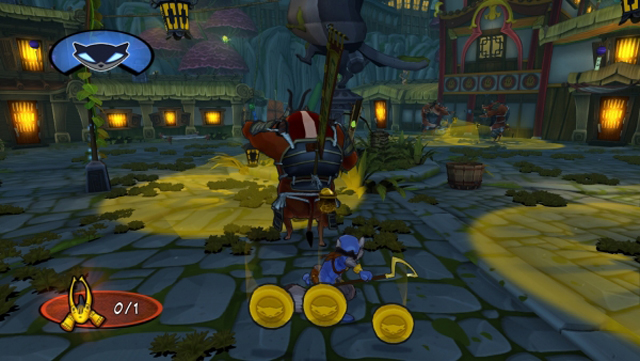 I say “almost” because, as nice as the Vita’s screen is, sometimes a larger screen is nice for seeing hidden objects, alternate routes, etc, but even so, the fact that the Vita version of Sly Cooper plays the same as the PS3 version means that I’ll gladly play nothing but the Vita version. For the record, the two games being identical isn’t some marketing speak. I specifically chose to play the same level on both systems in order to compare and contrast. What can I say, you can take the man out of QA but you can’t take the QA out of the man.

Despite being developed by a different studio than the previous three games, this is definitely a Sly Cooper game, with all that entails. The slow, somewhat stilted dialog that starts each mission is still there, as is Sly’s set of acrobatic moves. With this version, Sly can change costumes and gain extra abilities as a result of the quick change. The level I played had Sly dressed up as his Robin Hood-esque ancestor and using a bow and arrow to sling ropes across the circus tent he was climbing up. If you’ve played and enjoyed Sly Cooper games in the past, I think this will scratch that itch for 3D platforming and thievery. 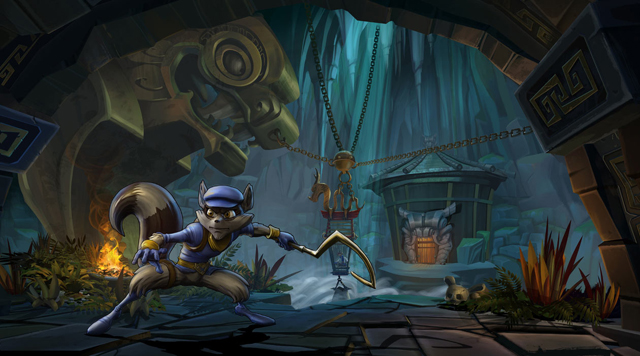 If you feel like dropping the cash on both versions of the game, you can do the whole cross platform play and swap your saves across hardware for a completely uninterrupted Sly Cooper gaming experience. I have no desire to do that, but I can understand the appeal, especially if you were playing a ton of Sly and then embarking on vacation. I’m not sure any game is worth almost $120 for a contiguous play experience, but I bet Bill would pay that much to be able to play Dark Souls at every waking moment. Me, I’ll stick with the Vita version. It’s cheaper, it looks just as good and I can bring it with me to work for lunchtime play. 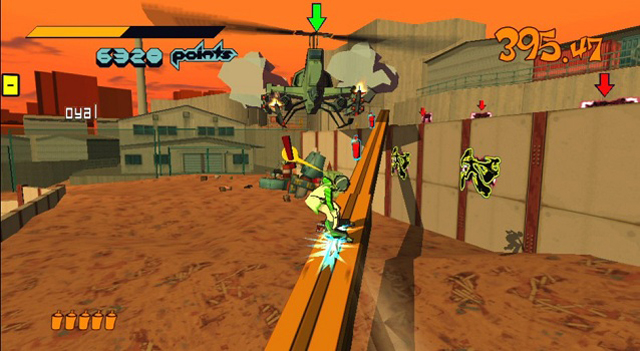 After that it was off to try some Jet Set Radio. I never played the original game and I know that it is much loved by the Dreamcast fans. Maybe I’m just terrible at it, but I didn’t get it. I’m hoping that they release a demo that I can try under better conditions, because if my performance with it at E3 is any indication, I’ll just be wasting my money. It did look nice, for whatever that’s worth.

After the shame of Jet Set Radio, I moved down a couple of units and picked up a game from Xseed called Orgarhythm. Usually when I play a game I prefer to be allowed to do my thing in silence while I figure everything out, but the woman standing at the Orgarhythm section and playing the game was so enthusiastic about it that I didn’t mind her giving me the ins and outs. 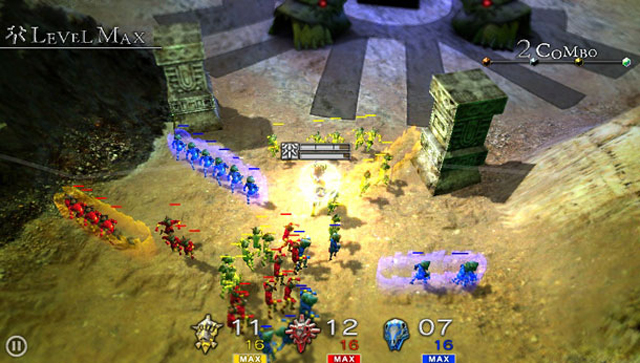 The game is a combination rhythm-RTS in which you control a host of armies as your main character, a deity of some sort, casually strolls across the countryside. As he walks, music plays and your job is to queue up his armies and their attacks based on the beat of the music. The game is played with nothing but the touchscreen and while it did take me a few minutes to figure out what I was doing, soon I was bopping my head along and ordering waves of attacks.

The better you are at tapping out the army selection, unit selection and then drawing a line for your armies to follow, the more units you get at your command. In addition to the rhythmic aspect, there’s an elemental aspect to your armies and the attacking enemies meaning you have to make sure you’re deploying the right armies based on the enemies that are attacking. 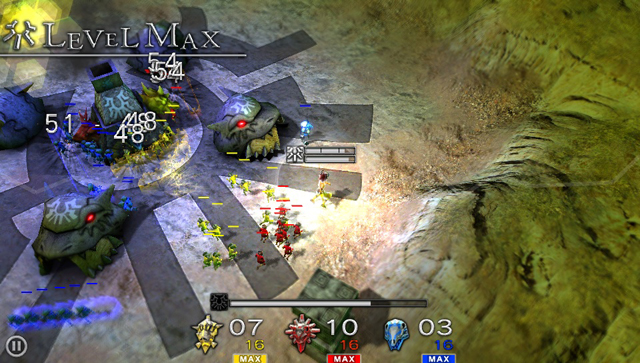 Once the game gets going and you’re fending off attacks and adding units to your ranks, special bonuses and power-ups become available. Being rewarded with a larger army and more powerful attacks was a great incentive to keep tapping out the right rhythm as was the fact that your deity doesn’t stop walking for anything. Knowing that you have to be constantly on guard lest your character die is incredibly motivating. 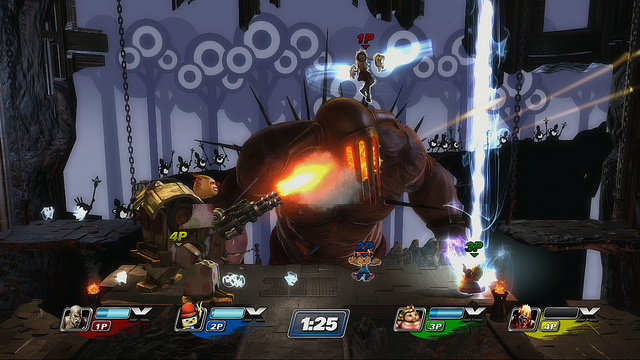 Finally, while I didn’t get my hands on the Vita version, I did manage to play the PS3 version of PlayStation All-Stars Battle Royale. It’s not a bad take on Smash Bros., with all of the chaos that brings with it. I’m not too keen on having to completely drain your opponents’ health bars before you can kill them as one of the things that brings such depth to Smash Bros. is how different characters can knock you off of the stage more easily than others. Still, if you’ve always wanted to play Smash Bros. but are somehow wedded to Sony products, I can see this holding appeal.

It’s a shame that Sony didn’t mention the Vita more in their press conference as this system needs all of the public praising it can get. At least they did have games, and pretty good ones at that, for people to play. At the Nintendo booth, the only way to get your hands on a 3DS was to flag down a booth lady and ask to play the unit tethered to her waist. Gee, thanks Nintendo, I think I’ll pass.

5 thoughts to “Handheld Fun with Sony”