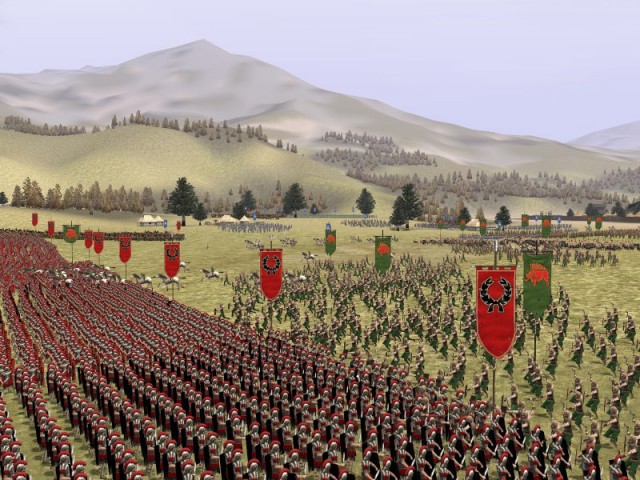 I rarely post game rumors. However, this one makes too much sense and appears to be backed up with some evidence. Most importantly, it’s about a game I want to play.

With the success of Shogun 2, a Rome sequel seemed inevitable, right? The rumor comes from NeoGAF, where upon a user posted a pic from an upcoming issue of PC Powerplay. (The pic above is from the original.) In fact, the current buzz is that the game will be officially announced July 6-7 at the Rezzed Expo in Brighton. All signs point to this being legit so I’m optimistic.

An updated Rome given the same treatment as Shogun 2 seems like the safe, smart choice for The Creative Assembly and gives the developer a huge canvas upon which to draw.

I’ll close with some of my favorite quotes from Ancient Rome:

“At night there is no such thing as an ugly woman.”

“In wine there is truth.”

“I strive to be brief, and I become obscure.”

“Hey, are those elephants?”