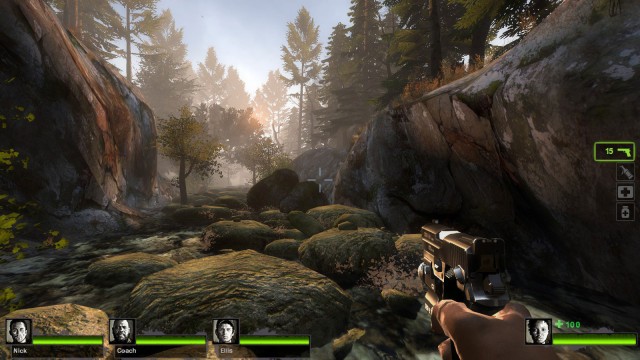 Looks like it’s time to dust off that pipe bomb and grab your sniper rifle and hope to high Heaven that Todd is not in your survivor group. He will shoot you in the face.

Valve is preparing for an end of July release for Cold Stream, a new piece of Left 4 Dead 2 DLC. This piece of DLC contains the original Left 4 Dead campaigns as well as the Cold Stream campaign and some other features. This DLC has been in the works for a long time (over a year) which seems odd, but Valve works at Valve speed I suppose.

With the update going out at the same time (also for the PC), all of the mutations will be available at all times. This will allow players to choose to match into games playing Taannkk!, Gib Fest, or even a user created mutation like Confogl.