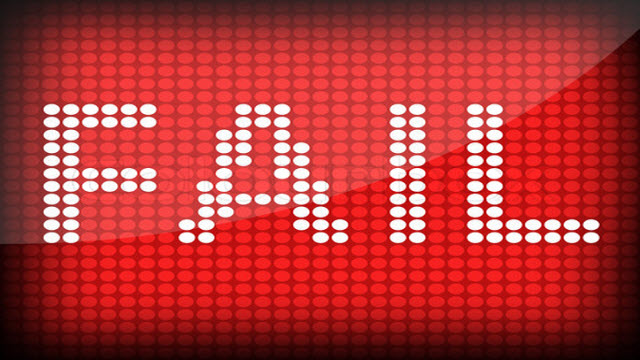 There are several damning points of failure that undermine serious writing and analysis of tabletop games, deep-striking notions such as subjective experience and the sublimation of the media to social interaction threaten to render games criticism invalid or even irrelevant. Although these factors are often not addressed by most self-styled amateur games reviewers, who are content to provide readers with a summary of rules and product qualities bookended by a thin statement establishing credibility and a noncommittal opinion, they weigh heavily on the writer seeking to evaluate games as a viable medium of expression. But how do you critically and comparatively assess a design such as Chaostle, which is a regressive Neanderthal of a rules set, when you have fun playing it and it meets its design goals? How do we value impeccably designed games such as Caylus or Princes of Florence that aren’t fun to play on paper, but your group makes them come alive with trash talk and metagame narrative? How do we account for a game like Castle Ravenloft, where one group completely loves it while another hates it and yet another is split down the middle, causing at least three distinctly different instances of the game to occur?

Some of the challenge in writing about games can be explained by the experiential argument and the idea that who you play games with is more significant than the design itself. The volatile nature of games like Cosmic Encounter or Battlestar Galactica, where the rules serve as guidelines for a highly fluid and player-driven experience, creates dissonance in the concept of providing solid, immutable criticism of these kinds of games. But I think there’s something that cuts a little closer to the quick and very nearly shuts down the possibility (and utility) of games criticism beyond the kinds of bland, objective product reviews that many unfortunately favor. And it’s something that is far more significant than the facile different-strokes-for-different-folks arguments against subjectivity that suggest that what is “fun” for one person may or may not be “fun” for another. If you’re writing objective reviews about subjective experiences, it’s time to put the pencil down anyway.

In the past, I’ve written very subjectively about games as an authorial medium- I do believe that the designer or designers’ marks are evident in any game design, and there are author-level reasons that we can differentiate between a Knizia rules set and a Hamblen one. Yet I’ve also written about how the act of playing games is an alchemical transmutation wherein the lead of process, material, and stricture is transformed into the gold of narrative, player engagement, and entertainment. The players, I’ve stated, are in fact engaging in the creative act implicitly with the author by effectively completing the design through play. Without the act of play, a game is a raw material. It needs us to be completed.

This concept of engaging in the creation of games through play along with the subjectivity of experience and the question of who the players are and how they play punches right through the idea of viable games criticism. Games require a very specific kind of executive spectatorship, which demands a level of participation well beyond observation, internalization, or reception. By effectively completing the design through execution, we are as much responsible for the final product as the designer is. The designer’s role is to provide us, the players, with enough of a toolkit and guidelines to finish their work. How we go about doing this often affects how we receive or enjoy games, and that can make identifying some of the more concrete, “criticize-able” components of a design trickier- or even possibly irrelevant.

The best game of Descent I ever played was with a couple of friends and I was the Overlord. Throughout the entire game, I spoke in a terrible Bill Cosby impression. Rules were flaunted or forgotten but we just rolled with it. We had a blast. But I don’t like Descent as a design, and I somehow doubt that Kevin Wilson intended for us to complete his game in this way. We made the design our own. The worst game of Arkham Horror I ever played was with a group of milquetoast Eurogamers. They didn’t read the text on the cards, instead just skipping right down to the game effect. This undoubtedly undermined Richard Launius’ intent for the game to be a highly narrative, storytelling game. But I like Arkham Horror, and I like the intent of the design. The instance of play was the problem.

So does the responsibility for Descent’s success and Arkham Horror’s failure rest on the design, the designer, or the players? What do you actually review or critically engage? Games aren’t like films, books, or records, which are the same every time you encounter them. Those are dictated experiences that we receive and have no engagement on a creative level with them. They exist even if we do not observe them. But a game session cannot exist unless we execute the rules and complete the creative process. Even most video games are more specifically scripted, directed, and structured even under the guise of open world environments and multiplayer anarchy. Because we help make them exist, a good board game can be played badly, and bad board games can transcend their shortcomings thanks to great players and socialization. Games criticism and writing, quite honestly, cannot account for this peculiarity.

READ ALSO:  IGN: not a place to go for tabletop coverage

Nor can it account for how a game can be good or bad between every player, every group, and every session. I’ve heard it argued that games shouldn’t be reviewed for literally years after their release, that reviewers should have a hundred games under their belt before putting pen to paper. My argument there is that a game that takes a hundred plays to “get good” was never worth playing in the first place. Most reviewers, myself included, will play a game multiple times before writing about it to try to capture a range of experiences with it. But I’ll be dead level honest- there have been times when I’ve gone back to a game that I’ve given high marks to- or even the Game of the Year prize- and I’ve wondered what the hell I was thinking. But that, again, calls into question where the fault or change of value has occurred. It’s one thing for your opinion or taste to slightly change- it’s another to play a favorite game and have a terrible session where suddenly its faults are laid bare because of how it was played more than how it was written.

So do we write reviews that are ephemeral session reports, ad hoc retellings and analysis of specific instances of play? Is that even useful to a reader? I hate session reports and I cringe any time someone starts to spin off into some descriptive anecdote of a game they played the other day. But the truth is, every time we play a game is another instance of its completion. But the dedication and work that would be required to effectively write a series of reviews per covered title simply isn’t worth it, not even for the rare professional writer reviewing board games.

The best we can do is to approximate a general experience of completing a design through play, which is what I’ve always tried to do in my own games writing. It’s always been important to me to express something of the experience of playing a game and connecting that to language and descriptions that work in explaining the critical successes and failures of other media. It’s always made sense to me to use terms like pacing, dramaturgy, measure, and narrative in describing board games. But even this highly subjective position speaks more to how I, Michael Barnes, play games and engage in that final creative stage than anything approaching a concrete analysis of a game’s more immutable traits.

It may very well be that the reason that there has never been serious writing about board games- no professional press, no academic writing- is that it may not be possible for board games to be properly subject to critical rigor specifically because they are games. You can’t really review baseball, but it’s a game and there are good baseball games and bad baseball games played. No one expects to see a starred or Metacritic rated review of an individual baseball game or of all of baseball- instead, other particulars like coaching decisions, player performance, and drama are what are talked about afterwards. Not the rules, process, or an overall appraisal of the merit of the entirety of the sport. But then again, baseball isn’t an authored product like games are, and playing a baseball game isn’t the same as the reproductive act of playing a board game or video game.

For years I’ve tried to develop my own critical language and ways of discussing board games and it strikes me that the reason I’ve hit certain walls or limitations is directly because of this key element of recreating an experience by enacting a set of authored rules with proscribed components. And lately, I’ve been wondering if games criticism is actually impossible because of how instanced and fluid the alchemical ascension of rules into play is by nature. I don’t have an answer to the question “is games criticism irrelevant or impossible”, but it’s one that I hope to see explored more by other writers and it’s one that I believe will mark my future reviews and editorials. But rest assured, neither I nor any games writer worth reading will give up and write product descriptions with feeble purchasing advice and call it criticism. The day that happens will truly be the day board games criticism died.

38 thoughts to “Cracked LCD- The Day Board Games Criticism Died”