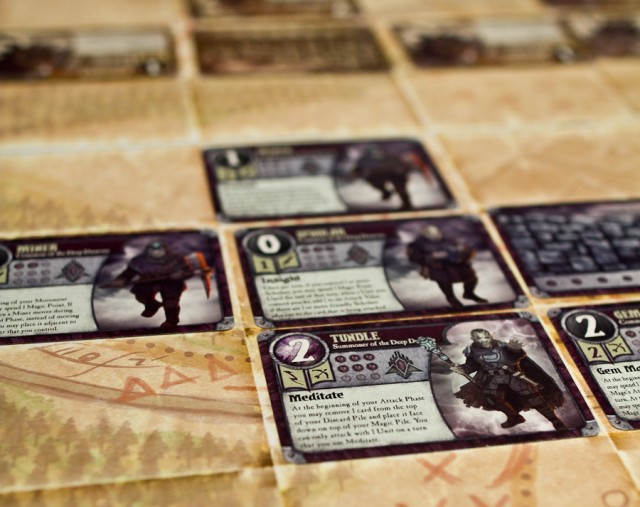 This has been a rather surreal week.

Over a week ago, last Monday to be exact, I started my new job as Director of Conquistador Games, a company that develops and publishes boardgames. If you have been reading No High Scores for any length of time, you know we’re all boardgamers to some degree — from the fanatical to the Brandon. So the idea of running the day to day of a company that deals in boardgames…well that’s something I couldn’t pass up.

However over the past week or so, I have played precisely zero videogames. Well, that’s not entirely true: I am still playing my online Summoner Wars matches, but that’s it. I remain hooked on that game despite my ineptness. It’s very odd — these types of tactical games are normally right in the sweet spot of the bat for me, but I continue to lose a LOT. I think I’m 8-15? I’m a friend list target.

My Xbox hasn’t been turned on in two weeks. My PC has been used solely for Firefox, Adode InDesign, Word, and Email.

(Again I am technically lying as I continue to run our OOTP 13 baseball league.)

But for the first time since the Clinton years, I spent a week that I wasn’t on vacation not following the videogame industry in any way, shape or form. If anything went down last week — I missed it. I am somewhat grateful to the fact that it remains a downtime for new releases and Steam Sale aside, there isn’t a lot going on at the moment. That will certainly change in August.

But what does the Director of a new game company actually do? Yeah, see, I wasn’t sure either. Turns out, so far at least, a little bit of everything.

Still, it was a bit strange not playing anything plugged into a wall.

I certainly played a lot of stuff this week, though, all in cardboard and plastic form. Over the past week I have playtested The New Science (our latest game that is currently still in development), taught people how to play Lancaster (a brilliant worker placement Euro), lost a game of Olympos (got crushed actually), watched helplessly as my monster got trounced in King of Tokyo, and tried out the new Leaders expansion for 7 Wonders. I also traded Quarriors for yet another worker placement game called Fresco. Hooray! I have been in a serious Eurogame mode of late. It’s like Barnes and his JRPG thing. Hard to explain.

Oh, and I also taught myself how to play Macao.

So, a Director just plays boardgames all day!

OK, not really. There is much to be done and I have been exceedingly busy, which is why I haven’t been posting much.That WILL change once I start playing games again but in the meantime:

So a rather busy week. This does not include a trip to a chiropractor in yet another attempt to fix my neck/arm/hand nerve issues. That was wild. I have never heard my neck crack like that.

But I will close with puppies.

Jack and Monty came home last night and we have some great pictures of the little devils. They are full brothers and have been a blast so far. We have been visiting them for the past month so they already know us to some degree.