A smart man would make all of these disparate screen shots and trailers and what not into three different posts, thereby bringing people back to the site throughout the day, tantalizing them with new content. I am not a smart man. I am, however, a lazy man, hence you getting what you get. Don’t worry though, I have zombies, Russian soldiers and giant, sentient robots in my bag of tricks.

First up, the robots. That trailer up there is for Fall of Cybertron’s multiplayer mode. There is a seriously rad amount of customization shown up there. I would go so far as to call it redonkulous. When War for Cyberton was out, I made a teal and orange scientist. I called him EVAC. He was awesome. I can guarantee that I will spend a lot of time making robots that I never use. It’s not that I won’t like the MP, it’s that once you set down the road of leveling a character up, switching to one of several dozen other characters isn’t as compelling. 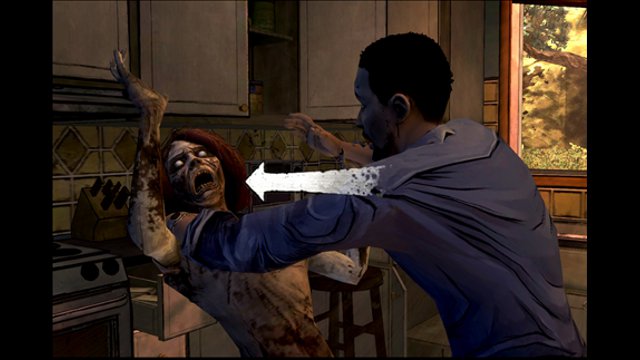 On the zombie front, the first episode of The Walking Dead hits iOS on Thursday, July 26th for $4.99. If you purchase it, you can then buy the rest of the season for $14.99, a savings of five bucks over buying all episodes individually. I played the first episode at E3 and from what I could tell, it looks and sounds identical to the console versions. Being an iPad junkie, I am sorely tempted to go this route, despite having enough PSN money to buy a season pass for the PS3. On the one hand, it wouldn’t cost any money out of pocket for the PSN version (I get PSN bucks from using reward points from my PlayStation card, really, the only good use of said points) but if I have the iPad version, I’m more likely to replay the episodes and make different choices. Decisions, decisions! 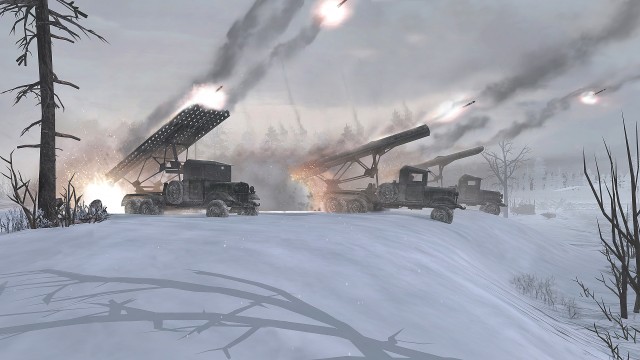 Finally, THQ sent over some screen shots for Company of Heroes, this time focusing on their new weather simulation system. I have to say, this game looks absolutely gorgeous. Between the snow deformation and how it affects troop and vehicle movement, the TrueSight fog of war system and the combat animations, it is one amazing looking RTS. The weather system isn’t all for looks though, due to the extreme temperatures, troops left out in the cold for too long will eventually freeze to death. That is when they’re not being killed by Germans or slaughtered by their countrymen in an attempt to retreat. Games like this make me wish a) I was smart enough to play RTS games and b) I could afford a PC beefy enough to show it off in all of its glory. Until either of those things happen, I’ll just have to gaze longingly at the screen shot gallery.