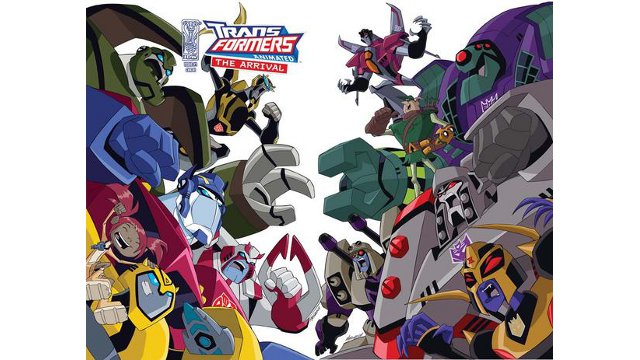 Transformers: Fall of Cybertron dropped this week and while I have not had time to start the game yet, due to an overabundance of children’s activities and an under-abundance of disposable income, I plan on tearing into the game this weekend or, quite possibly, as soon as tomorrow. Still, we can’t let a release as momentous as this go without celebration, so instead, you get this post about Transformers: Animated.

Simply put, Transformers: Animated is the best Transformers line ever created. Hands down. End of story. If you don’t agree, you are a doofus. Yes, that’s right, a doofus. Allow me to explain myself and then you can throw off the yoke of doofusness and enjoy some hot toy action.

TFA Optimus Prime is awesome. Of course, all Optimus Primes are awesome, but TFA OP is super-mega awesome. First of all, he has no idea what he’s doing. I know, I know, that makes no sense. How can an ignorant leader be awesome? Well sit back sparky, because this is going to blow your mind. He’s awesome because not only is he unproven as a leader, but he knows it.

In most incarnations of Optimus Prime, Prime is the battle tested, super-wise leader who always knows what to do. Hell, in Transformers Prime, he can do no wrong. It’s great to see him being a rock of confidence for his less perfect teammates, but it’s incredibly boring as far as character development goes. TFA Prime was the leader of a group of spacebridge repairmen and to make things worse, he had no idea how to lead them. Watching him make mistakes and mature into a leader that the rest of the Autobots respected and would give up their sparks for was one of the best parts of the series’ limited run. Prime is voiced by David Kaye, the voice of Megatron in five different Transformer cartoons and the voice of Clank in the Ratchet and Clank games. Dude knows his robot voices.

It certainly didn’t hurt that TFA Prime’s Voyager toy is one of the greatest toys ever made, but we’ll get to that next. 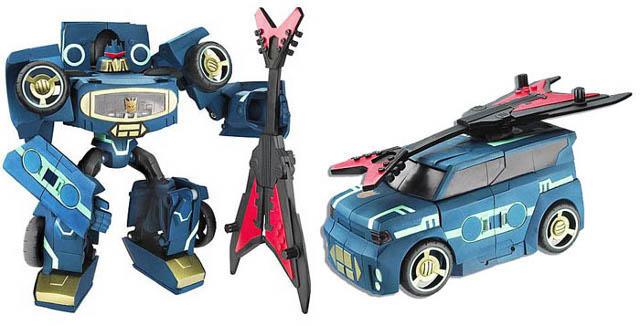 TFA rocked the hand-drawn look, with an exaggerated, colorful vibe from Derrick J Wyatt of Teen Titans fame. The resulting toy line shared the same clean lines, exaggerated features and bold colors of the show resulting in not only some of the most show accurate Transformer toys ever created, but some of the best Transformer toys ever made, period.

There’s no Mechtech frippery, designed to make transformations easier, but just adding extra gears and hooziewhatsists to complicate things, no horrible panel pegging from the movie lines, nothing but relatively easy transformations, as you would expect from products designed for children. And if things were too complicated for the little ones, TFA introduced the activators line, smaller scale characters that transform with the press of a button. All of the TFA toys seemed to be designed around the fact that this was a show marketed at a younger audience and that the toys had to be as easy to transform as possible without sacrificing accuracy. I have certainly purchased Transformers since this line that I have enjoyed as much, but as far as a complete line goes, TFA is the absolute bestest. 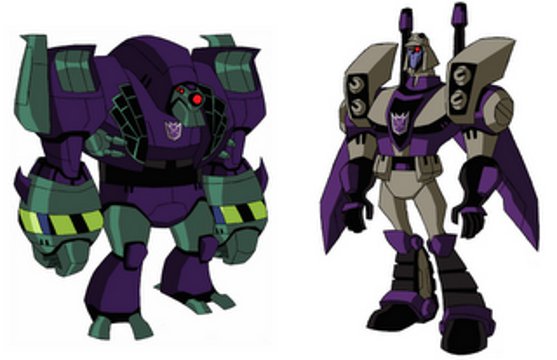 You can try and dress up Megatron’s origins all you want, previous slave, gladiator, blah, blah, blah, but at the end of the day, the dude is a murderous tyrant. Now, as history has shown us, plenty of “normal” people get caught up in such tyrannical plans and willingly put common sense and morality aside and end up following such people. Still, even with this, a good tyrant can’t become a great tyrant without having a two types of people at their command: crazily devoted followers and just play crazy. Lugnut and Blitzwing fit those descriptions perfectly.

Lugnut is a hulking brute, capable of tranforming into a B-52 style bomber, and is completely, totally, 100% devoted to Megatron. It’s kind of embarassing, really. While many believed that Megatron had been destroyed, only Lugnut stayed loyal. Blitzwing stuck around not out of any sense of loyalty but because he is full on, batshit crazy, split personality and everything. I don’t know how many 4th graders are up on World War II history, so turning Blitzwing into an absolute nutter with a German accent, helmet and Col. Klink style monocole was a fantastic touch. Making his face change when his personalities change, hearkening back to Man-E-Faces of He-Man fame, complete with face spinning mechanic in the toy? That’s some genius stuff right there. Oh wait, I’m not finished. Blitzwing couldn’t decide whether to be a tank or a jet when scanning his alt-form, so to coincide with his split personality, he scanned both. Yeah, that’s right, he’s a triple-changer and not some lame-ass train to shuttle to robot triple changer like Astrotrain. Dude changes into two different weapons of mass destruction. Sold! 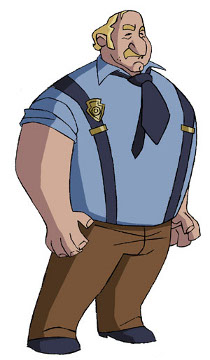 Captain Fanzone, is, straight up, a parody of Detective Andy Sipowicz from NYPD Blue. The only things they did differently is make him blonde, make him a captain and keep him from showing his ass on national television. Any show that can take a character from a moody, decidedly adults-only cop drama and seamlessly transition them to a kids show about giant, sentient robots is A-OK in my book. Plus, Fanzone was voiced by the excellent Jeff Bennett, who also voices Kowalski on Pirates of Madagascar, arguably one of the greatest modern day cartoons ever created.

Hey, I spend a lot of money on Transformers. A lot. I had to build custom shelves in my basement just to hold them all. I f there’s a Transformer available on toy shelves today, I either own it or am actively hunting it. So when I say that TFA is the best line ever, you just have to believe me. Granted, you could make the argument that because I buy anything with an Autobot or Decepticon symbol on it, I’m not objective enough to make an intelligent decision, but who needs logic? TFA is the best, case closed. Too bad you can’t buy any of them any more, but if you want, you can totally come to my house and play with them. I get dibs on Optimus, though.

13 thoughts to “Transformers: Animated Is the Best Transformers Line Ever”