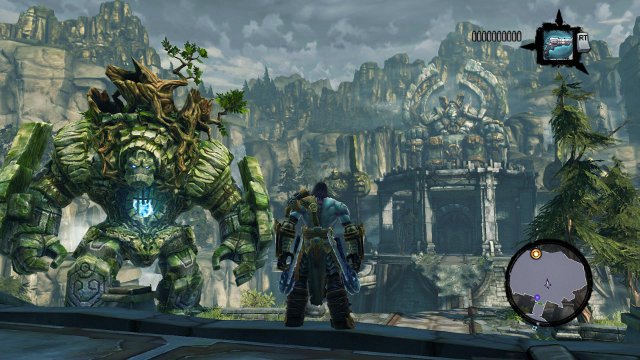 I’ve spent a lot of time talking about Darksiders II, so even though this is my final review, I’m going to keep it fairly brief. Well, brief for me, which sometimes can be one sentence and a puppy picture. Sometimes it’s three thousand words of poorly developed “humor”.

It shouldn’t come as any surprise that I absolutely loved this game. I found it to be better than its predecessor in every way, save the ending, by blending multiple game styles into a satisfying whole that provided ample challenge for those interested in seeking it out but never so steep a learning curve that progression is impossible. 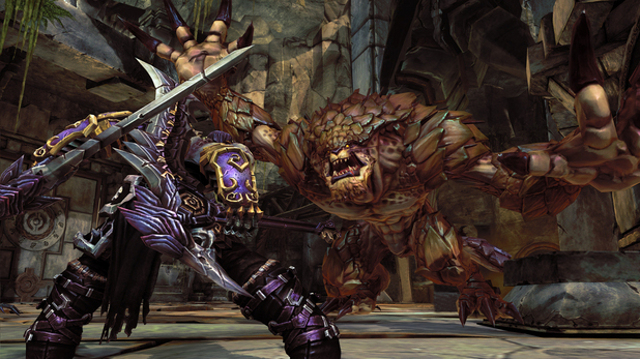 One of my favorite episodes of Friends is “The One Where Ross Got High”. Without getting too far into it, Rachel and Monica make Thanksgiving dinner and Rachel’s attempt to make a trifle gets spoiled when two different recipe pages get stuck together during the cooking process. The result is a mash-up of a trifle and a Shepard’s Pie. Everyone hates it but Joey, because, in his words, “What’s not to like? Custard, good. Jam, good. Meat, Goooooooood.” That sentiment sums up my feelings on Darksiders II, and the original Darksiders for that matter.

Does this franchise borrow liberally from other games? Sure it does, but it blends these borrowed parts so deftly and with such care and obvious love for the source material that it doesn’t matter. Besides, what’s not to like? Zelda dungeons and exploration, good. Diablo style loot and skill progression, good. Craftable weapons that allow you to cater your weapon to your build’s strengths? Goooooood. I’ve said it before, and I’ll say it again, I love the Zelda games and there’s nothing wrong about a Zelda game with teeth that comes out more frequently than the ponderously slow Nintendo machine chooses to spit them out. 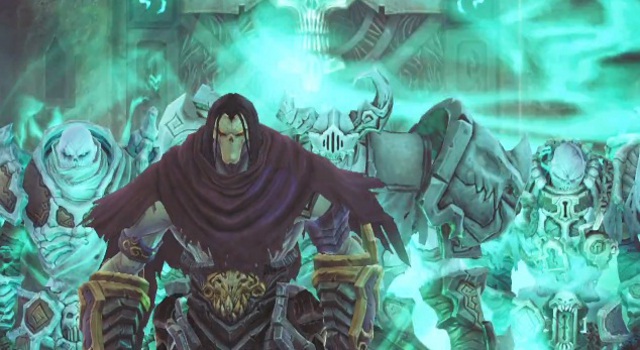 I mentioned that the ending wasn’t as good as the rest of the game, but these days, I think it’s to be expected so I wasn’t surprised. Plus, this game is a prequel so I already knew that Death’s plan to restore humanity didn’t exactly go as planned as War’s return to Earth a good hundred years later was completely humanity-free. Plus, we know that at the end of War’s journey, his fellow horsemen come to his aid, so in a way, I already knew the ending of this story. The ending of this game was just another step towards that ending of that game.

One thing I will say is that the ending of this game, particularly the last two boss battles, features some absolutely stellar voice work. Michael Wincott, of “The Crow” fame provided Death’s voice, and over the course of the game, his delivery goes from the cocky words of a man (nephilim) that doesn’t realize the enormity of the task ahead of him, to the tired, resigned speech of someone who just wants to be done with it all. By the time he fights Samael, you can tell that he’s tired of fighting, tired of killing and that he just wants Samael to hand over the key rather than make them both fight to the death over it.

At the time that I finished the game, I felt that the last two boss battles were underwhelming, but the more I thought about it, the less I felt that way. The reason that these bosses were underwhelming is because I put in the time, doing side quests, finding artifacts, building my skills and weapons so that they complimented each other. These bosses were a push over, in part of because how they were designed, but in large part due to the fact that I put in the goddamn work. The notion that every boss battle has to be the peak of an uphill climb certainly has its place in some games, but at the same time, there’s something to be said about rewarding a player for putting in the time by allowing them to be an unstoppable engine of chaos. After all, Death is the destroyer of worlds. Oppenheimer said so. 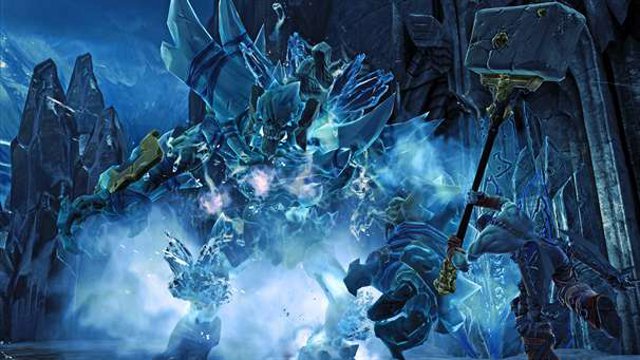 When I was on the Quarter to Three games podcast, Tom asked me if I felt that was the game was too long. I didn’t at the time and I still don’t now that my 35 hour long journey has ended. There was only one point in the game, midway through the Soul Arbiter’s maze, where I felt that things were starting to grind. Luckily, I could sidestep most of it and get right to the end, hour long boss battle and all. I can certainly see why 35 hours may seem like a long time for someone, but for me, I was happy to keep on keeping on, slaying monsters, building up Death and spending more time in all of the well designed dungeons. Hell, as soon as I was finished I started the game right back up so that I can get to level 30 and then take on all 100 levels of the crucible.

I know that I’ve talked a lot about Darksiders II, and with this post, I think we can call it a day. I don’t regret spending so much ink on this game though, as I think that those of us with an audience have a responsibility to champion the games that we love and let those responsible for making them know that we want more of them. I loved Darksiders, I loved Darksiders II and I very much want more Darksiders games in the future. If the cost of that is multiple posts and possibly wearing out my welcome, then I’m happy to pay it.