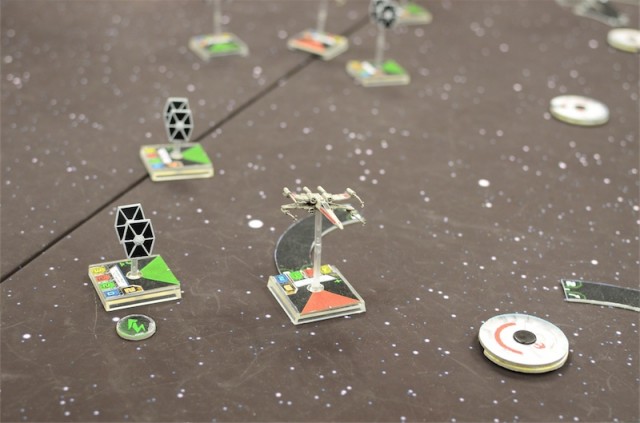 Today was an interesting day.

It started off with Kickstarter promoting our boardgame The New Science as “Project of the Day.” I assume by the time some of you read this it will no longer BE “of the day” but as I type this…yep…there it is front and center on Kickstarter.com.

It was followed by distributors contacting me wanting to carry the game. Funny how that works, eh? A few hours later we zoomed past our $15,000 goal and we’re currently sitting a tick over 17 grand with three weeks left in the campaign.

Last weekend I was able to show the game off to the masses at Buckeye Game Fest, a small local con with a solid core audience. Richard Launius was there but I never got to meet him. Damn it. But The New Science was a clear hit. People are digging the theme, even the die rolling–sometimes the absolute bane of hardline Eurogamers– fits the theme so well than they don’t seem to mind. I tell you it’s crazy town.

I still need to write the Dark Souls PC review, which is coming along, even though I haven’t technically “finished” the PC version and have yet to see the new content. GFWL really hurts this game, but it’s impossible to not recommend. I’m also playing Borderlands 2, which I find fun, if a bit formulaic at this point. EA didn’t send me FIFA so I’m not covering it. Atlus is sending the new Sherlock Holmes game which Brandon can dig into as soon as I send it to him.

I have a demo for Card Hunter which I need to get to as well. That looks so damn cool, I just need to find the time to get into it. So I am alive, just sort of lacking the time to do a lot of game writing at the moment.

Oh, as for “other” boardgames, the new Star Wars X-WING minis game is freaking amazing. A-MAZE-ING. Yes it’s ridiculously overpriced and is a clear money sink (FFG knows this game…and knows it well) but hot damn if this isn’t awesome. It’s a pretty simple game but it’s exactly what I want out of a Star Wars combat game.

I defy any group to play this game without at least ONE “Stay on target!” quote coming out of someone’s mouth.

11 thoughts to “The New Science Overdrive”