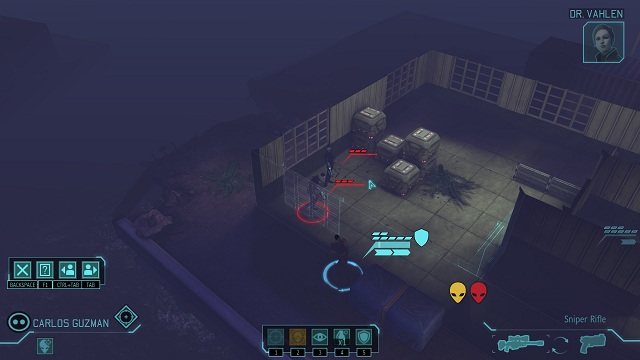 To dismiss with this point first, I know Firaxis calls the game XCOM and not X-COM. Screw that noise. We all know better. As for the demo, there’s not a whole lot that can be said about it. It’s very, very brief, taking you through two largely scripted missions and then depositing you at the menu. This isn’t a demo so much as it is a guided tour, so there’s a lot we don’t know (at least those of us, like me, not on the golden ticket list for preview code), including just how much freedom of play the actual game will offer. This was extremely restrictive, but it hints at a world of promise. Here’s what I can tell you based on the 50 or so minutes it took to go from beginning to end on the PC…

– The game looks good. The environments, soldiers, and aliens are all visually appealing. It was easy to play this and think back on what the original looked like and simply be impressed with how far we’ve come. The thought of taking the experience of yesteryear and making it look like this is delicious.

– The tactical element is alive and well. In the first mission you can only do exactly what the game tells you to do. The second mission opens it up a bit more so that, by the end of it, you’re making your own calls. At this point that glorious old feeling returns – moving your squaddies around from point to point, trying to limit their exposure, and find the ideal moment to rip off a shot at a concealed alien. Sometimes with this kind of remake attempt you’re sternly reminded how rose-colored glasses can taint memory. Not so here. The X-COM formula can still work and it’s obvious with even just a half mission to really play. 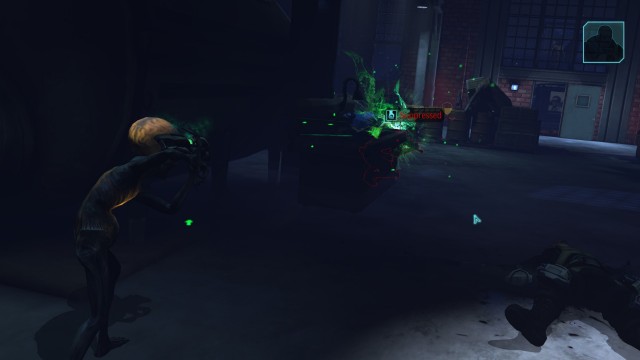 – It’s playable. If you tried to play the original X-COM and found it all too convoluted, either originally or in trying to make it work today (which it really doesn’t so much), you’ll find this a much more approachable experience. It’s possible, for long term play, it’s oversimplified, but I appreciated in the demo the simplicity of each soldier having two actions to make that can consist of two moves or a move and fire. (There’s some variation here, but at its simplest, this is how it works.)

– The squaddies are distinguishable. For X-COM to work, having an attachment to your squaddies is essential and, although it doesn’t let you make any real decisions about squad composition, it’s clear that element is there. By the second mission I found myself wanting to protect my lone veteran soldier, ensuring he was in position to both have the greatest impact –Go rocket launcher! Go!– and not be exposed to aliens hiding in the shadows. The national flags on the back of each soldiers armor was a nice touch.

– All this does not mean the game is out of the woods. The formula may work, but it’s not at all evident from the demo how much variability and freedom the game will have. I’m not saying it won’t be there, but this demo is so limited that almost nothing of long-term value can be deduced from it. Research, mission selection, and more appear to be very A-B choices right now. Do the mission in the US and get some scientists or do the mission in China and get some money. Either way one country will like you and won will resent you for it, so it’s really just about which reward you want. I doubt all mission selection will be this binary, but if it is that would suck. I’m not for or against the action camera yet (see the screen above). It adds a certain something right now, but will it get as tiresome as slow-mo deaths in Fallout 3/New Vegas? It could. (Not that it matters all that much. You can turn it off.) 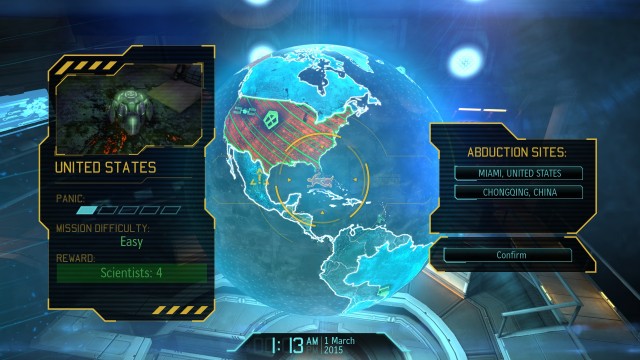 – The PC controls work. I’m not going to tell you that there’s no console design influence at play here, because there obviously is, but you can effectively use them and they don’t feel kludgey. The reality is this is not a PC-only game and to expect a more advanced/complicated interface is unrealistic. The only thing to hope for is that there’s a fair balance that doesn’t feel wholly compromised and that effort looks successful.

All in all I do wish the demo offered more, but that’s a testament to the fact that what it offered sets the stage for a game that could be every bit as remarkable as the original so long as, when the training wheels do come off, what’s left is an experience that’s every bit as variable, tense, and outright hilarious as we’re being led to believe. I’ve put a bunch of shots in the included gallery. Hopefully it works since I’m not used to doing those.

19 thoughts to “Quick Take on the X-COM: Enemy Unknown Demo”