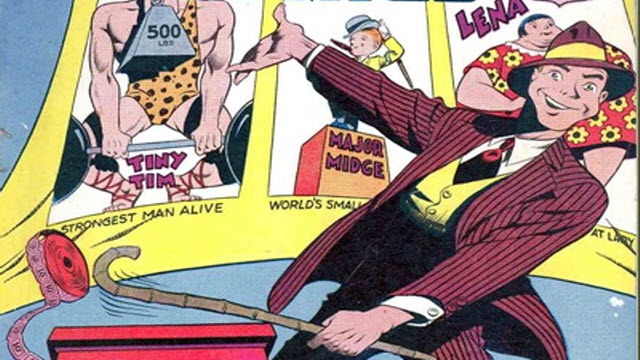 The first Kickstarter project I ever funded was the revised black box edition of Glory to Rome. The idea was that the publisher, Cambridge Game Factory, had hired an actual artist (Heiko Gunther, a name to watch) to redo the whole thing since the original edition was one of the most notoriously ugly games on the market. Among the stretch goals was a signed apology from the first edition’s illustrator. I like the game- sort of an advanced San Juan-style tableaux builder with some decent interaction- so I felt like it was a good project to support. I finally received the game last week, after almost a year of excuses as to why the game had not been produced or shipped. Many backers still haven’t seen their games, and the excuses continue to mount.

I’ve only backed one other Kickstarter, and that was Road to Enlightenment. I’ve played several other board games that have gone through the crowdfunding process including Empires of the Void, BattleCon, and Lyssan. Uniformly, these games have been good to almost great, with every single one characterized by the same shortcomings. Apart from Small Box Games’ consistently great offerings that have gone through the process, they are all somewhat underdeveloped, underbaked, and unpolished at a rules and mechanics level. The quirks of inexpensive Chinese contract-job production are evident in many- box labels bubbling up and peeling away, strange moldy smells or dampness, and murky printing. And these are the games that have actually shipped. Who knows how the piles and piles of Kickstarter games in various stages of funding will turn out, but I’m betting “unprofessional” and “unfinished” are among the descriptors.

I know people love Kickstarter, and there’s this romanticized idea that it’s this kind of punk rock DIY way to get your board game (or video game) made. I love that idea too. But the punk rock DIY spirit isn’t a carnival-like atmosphere of shrill shilling, with banner ads hawking game projects left and right on major board game sites, promising ridiculous stretch goals to people who pay way, way too much for random games. Every time I see the Kickstarter logo, I just think of a carnie, barking their patter into a bullhorn, trying to get you into to see the Bearded Lady. And take your dollar.

In an industry where you’re looking at worldwide sales figures of 5000 representing a very successful title, the idea that you can get people to pledge to support whatever otherwise unmarketable board game idea you have with zero financial risk is an appealing one. There are board game projects on there (and on similar sites) that are getting close to a million bucks in funding. Even established, long-standing hobby game publishers are jumping on the crowdsourcing bandwagon- and jumping off the traditional business investment one. It’s a smart marketing trick. I call it carpetbagging.

Kickstarter and the crowdfunding craze area perfect enabler for the board gaming world. Between the “Cult of the New” (gamers that wildly careen from new game to new game) and the “gotta catch ‘em all” consumerist mentality that sites like Boardgamegeek.com foster, it’s not exactly hard to part “backers” from their money- even if you don’t post a rulebook or have any evidence that you’ve ever designed, developed, and manufactured a board game before. Flashy art, a compelling title, and a popular concept like “zombies” are apparently all it takes to get fifty grand out of board gamers for your vaporware. Where the hell was all of this money in the hobby before Kickstarter?

There’s a gold rush mentality that has been going on since Alien Frontiers blew up, the first high-profile, high-dollar Kickstarter board game- not to mention video game projects that have just exploded in money. Alien Frontiers opened the floodgates, and now it seems like four out of every five new games that I see have a Kickstarter logo somewhere nearby. When I see that logo, my interest plummets- no matter how cool the game looks. Call me old fashioned, but I like for the $60-$100 board game I’m buying to be vetted and developed by a professional publisher that knows what the hell they’re doing. Experience counts, and so do taste and quality.

There’s a lot to be said about someone like Zev Shalsinger or Christian Petersen selecting a game for publication and deciding to invest capital in its development and manufacture. That means something- that the company is taking a measured risk and is putting their money behind their product. Kickstarter games are asking YOU to invest YOUR capital into THEIR product. I’m sorry, but I think that’s kind of fucked up, regardless of this idea that the market is deciding what gets produced and regardless if “investing” just means that you get a copy of the game. It’s particularly fucked up when you’re buying games more or less sight unseen in the good faith that the game that you’re buying is actually going to be any good. Or even played.

There are other things that Kickstarter is doing that have changed the gaming culture. It’s created a greater sense of dilution, with more and more titles available or on the way. Yet I rarely see anyone talking about, playing, or discussing most Kickstarter games beyond some flurry that may occur around the time the game actually ships. There’s so many flash-in-the-pan titles I see come and go, and never hear from again- even if the game manages to make it into retail distribution. Accessories, expansions and reprints are starting to appear on Kickstarter, with the long out-of-print Vesuvius Incident showing up recently. It’s a game I would have bought from a retailer in a heartbeat. But I’m not backing it and if it doesn’t get printed then I’m sure I can find something else to do with my time and money. I didn’t even back the Ogre Kickstarter, and that’s one of my favorite games. I’ll gladly order it from my favorite online retailer when it gets into distribution- and after I hopefully do not hear about production issues or other disappointments. Stretch goals be damned.

There are already so many great games out there that are barely played. Do we really need to be throwing our money at every “project” that comes along, in the vain hope of discovering some incredible new game that will last, what, six months in regular play rotation ? Or is the ratio of junk to jewels being skewed by the access to your gaming budget that Kickstarter affords armchair designers and the carpetbagging major publishers? Would we really miss the glut of zombie games, ersatz Euros, Space Hulk clones, and other ephemera if they didn’t get published?

I’m not saying that all Kickstarter games are bad or poisonous to good gaming- Tooth and Nail: Factions is a recent example of a really great on. Nor am I saying that there aren’t promising projects out there, or that I hate the DIY spirit and think it should all be “corporate” at all. What I’m saying is that I’m not backing the crowdfunding concept as a way to get high quality, well-designed games to the table in any kind of reliable way. I’m not trusting my money with someone who may or may not make a great game that I may or may not be able to ever play or even get rid of. Assuming that the game actually ships.

Now, that guy that is Kickstarting the salt-firing anti-bug shotgun- he may actually be worth backing.