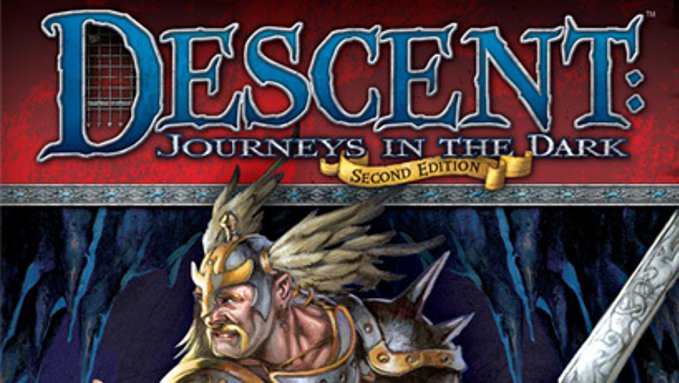 The original Descent, Fantasy Flight Games’ behemoth tactical dungeon crawler, divided opinion like a sword divides a mewling goblin. Some people loved its combination of old school role playing with board game strategy, others loathed its over-bloated expansion range, confusing rules and gargantuan play time. So when a vastly streamlined second edition came out earlier this year most gamers were delighted. Except for first edition owners who suddenly had their valuable games rendered worthless and were understandably annoyed. To soothe their fevered brows, there is now a conversion kit so they can get some use out of their old investments.

There seems to be wide confusion over what this expansion actually does. It is categorically not the sort of conversion kit that will allow you to use your first edition Descent game to play the second edition rules. The differences between the two editions are too comprehensive for that. No, to use this you need a copy of second edition, and the purpose of this kit is to simply to allow the use of heroes and monsters from the old edition in the new one. No other components, no scenarios or tokens or board sections, just heroes and monsters. And that means it should be of interest to anyone who owns a copy of the second edition, regardless of whether they have older material lying around.

The contents of the box is a deck of monster cards and a set of hero cards matching the beasties and characters from first edition Descent and its many expansions. So the easiest way to use them is of course to just pull out those old figures. But you don’t need to use the genuine Descent figures to enjoy the expansion. If you’ve got Beastmen or Golem figures in your miniature collection, you can use them as Beastmen or Golems in the conversion kit just as well as the original pieces. And if you don’t, you can always proxy them with cardboard printouts. Indeed I imagine that very few gamers own all of the vast range of stand-alone hero expansions available for the original, so a little proxying is probably in order for anyone who buys the kit.

Adding older heroes to your new games is easy. Second edition introduces the concept of archetypes such as Wizard which can then choose equipment and skills from a range of classes, Runemaster and Necromancer in that specific example. So the forty eight new cards just have all the necessary attributes and abilities and an archetype so you can pick your favourite original hero and start using them right away.

Monsters are marginally more fiddly. Most scenarios in the newer game have one or more “open groups” of monsters which allow the overlord player to pick a monster type that matches one of the theme icons associated with the scenario. And this is where the conversion kit offers best value because with the base game alone that choice often comes down to one or two monsters, which is no real choice at all. The conversion kit adds twenty five new monsters and thereby increases the choice to the point at which it becomes part of the overlord strategy. You can look at the scenario goals and the powers of the heroes arranged against you and make a meaningful pick of whatever horror you deem best suited to rend them limb from limb. And with all the new hero abilities and new creatures contained in the kit, that’s a considerable array of possible options. 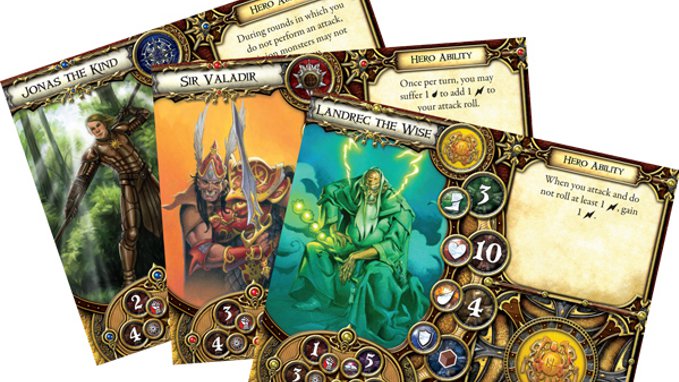 But here also unfortunately lies the downside. There are already a lot of hero and monster and situational combinations in the base game, so many that exhaustive play testing must have been impossible. The result is that there are times when a particular situation is vastly imbalanced in favour of one side or the other. Given the rapid play time and campaign based leanings of the base game, occasional one-sided games aren’t a major problem. But introducing a whole slew of new combinations in the game increases the chances of them occurring. There are already some complaints that certain monsters in this kit are over or under powered. In my own games I found the Beastman ability to attack twice in a turn devastating to inexperienced heroes. I’m sure many more problematic combinations will come to light as more and more people play the new material in the kit.

But of course as it comes to light, players will be forewarned and can balance their games accordingly. And as I said although it makes a minor issue worse, the problem remains a small one in the greater scheme of things. Chance are that if you’re playing enough of a game like Descent to warrant a copy of this kit then you’re likely not the sort of gamer that’s going to be bothered by occasionally unbalanced games.

Then there’s the price. The retail of this product does seem pretty extortionate for the two decks of cards that you get in the box. Of course it must have required substantial testing and design, so comparing the physical contents to the price isn’t entirely fair, but still. So you have to ask the question of whether what’s in the box is worth the amount it’s going to cost you. And that basically rests on how much you think you’re likely to play Descent.

If you like the base game enough to want to play it a lot, to want to play multiple campaigns, you’ll want a copy of this. Ignore whether you’ve got the figures or not as you can proxy or attempt to obtain the parts after the fact. The extensive range of new options it provides are just too tempting to ignore. On the other hand if you’re not going to play a lot of Descent then, regardless of how much 1st edition stuff you own, this isn’t worth your while. That, basically is how the value equation pans out. Now we just have to see how many gamers find the collector in them gets the better of the sensible consumer.