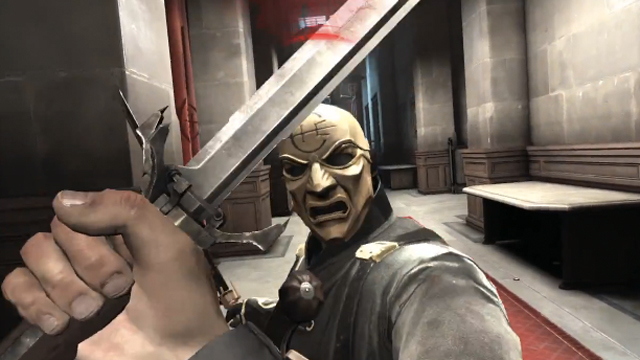 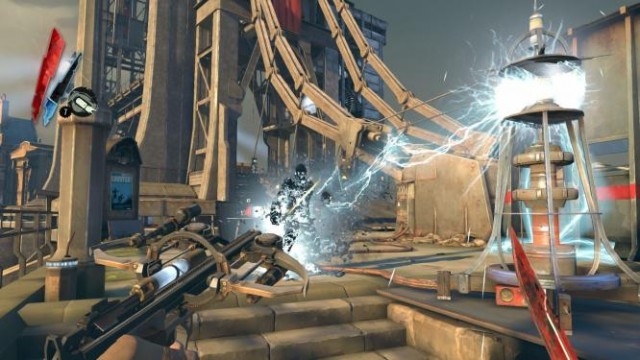 Dishonored is a pretty good game. It’s likely not something that will have a lasting impact because much of this we already experienced years ago in the Thief series and to a lesser extent in the Assassins Creed games. Sure, this time around you have better technology driving the game compared to Thief and there are those neat-o superpowers you have access to such as teleporting, animal and human possession, and the “go to” power of seeing bad guys through walls.

The bigger story in my view is that Bethesda has finally published an externally developed game that doesn’t suck. The list of mediocre to downright bad games that Bethesda has pushed on the public that isn’t an Elder Scrolls/Fallout game is long and varied. And this stuff matters. Track records matter. Decisions matter.

New Vegas defined the term “buggy release”, Brink is love it or hate it, Rage was supposed to be this huge Bethesda/id success story and other (decent) games like Hunted: The Demon’s Forge sort of vanish upon release. Seriously Bethesda’s’ track record here is spotty at best. Dishonored changes all of that and while I don’t think it’s nearly as good as its buzz would indicate, it’s clearly Bethesda’s best outside the studio project in a long, long time and the company deserves some credit for it. I hoped this distinction to go to Prey 2 but…well…yeah.

Dishonored is at its best when you’re skulking around and either quietly killing guards or putting them in the MOTHER of all sleeper holds and knocking them unconscious for hours at a time. The game was clearly developed with sneaking in mind although you certainly have the option to go balls out and kill everything that moves.

However, as a first person shooter/action game, Dishonored is by the numbers. Sure it’s fun to call upon a swarm of plague rats to distract bad guys or to “blink” behind an enemy and stab him in the neck, but the actual “action” bits are nothing you haven’t seen before. The tense moments nearly all come from playing the role as master assassin and trying not to be seen. Using “Dark Vision” to see enemies through walls and seeing their ‘view cone’ which shows you which direction they are facing – yes it’s all very “Thief” but who cares? I haven’t played Thief in nearly a decade and a modern spin on that idea is fine with me.

The modern comparison is really Assassin’s Creed. In Dishonored you get all of the neat powers and admittedly cool art direction whereas in Creed you get a more “realistic” (to a point) take on the world and a world that is much more “alive” than what you get here. There’s a lot more to do in an Assassins Creed game than Dishonored. The hunting AI in Creed is also a bit better – how many guards does it take in Dishonored to commit pseudo-suicide running into an insta-kill lightning trap before they stop?

Answer: more than one.

Dishonored is also a bit on the short side. You can even make the case that the length of the game has been inflated buy the mini quests of locating Runes and Bones, both of which grant you certain powers and will cause Achievement Hounds like Brandon to follow the little arrows to their location until they track down each and every one. I just wish the bones did more. It’s annoying to hunt for an artifact only to find out it grants you a “slight resistance to rat plague” – uh, thanks? You’ll never equip the majority of the bones you find and will likely stick to the no-brainers of increased mana, regen, etc.

Where Dishonored earns huge points is that while the campaign is on rails, the way you approach a problem is entirely up to you. A lot of games boast that you can “play it your way” but here developer Arkane Studios really means it. You can play this game without killing anyone. Even your assassination targets usually give you an “out” which will allow them to live. Going even further than that there are always multiple pathways to get to where you need to go – perhaps a rooftop? Maybe through an open window? Hell maybe you can possess a rat and scurry right past the guards? It’s up to you, as long as you invested runes into buying certain powers.
This is where the game shines—in sneaking around, trying to dodge guards and finding pathways that aren’t at first clearly visible. The game does a superb job of making you feel like an intruder albeit one with the ability to teleport and freeze time.

A quick note: I do wish there was a bit more enemy variety – you spend the vast majority of the game sneaking/killing the same guards over and over again in different set pieces. You may get the occasional zombie (sorry plague infested “Weeper”) and maybe a poison spitting plant thing but that’s about it.

So Dishonored is a good game. It’s not revolutionary and it’s not going to make you forget about similar games such as Batman, Assassins Creed or the classic Thief games. It’s not going on my short list for Game of the Year but I’m glad I played it and actually might go back and play it again trying to play as it as a true shadow. My game ended up turning into a bloodbath. Hey look, when you have exploding bullets and the ability to stab a guy while he’s in stasis what’s a guy is supposed to do?