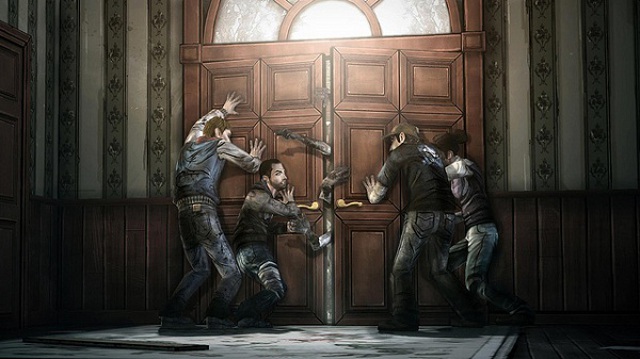 It’s hard to review the last chapter of Telltale’s The Walking Dead without reviewing the series as a whole. It’s also hard to review the episode without getting into spoiler territory, as a large part of what makes the episode, and the game in general, so affecting is the plight of its characters. I have no intention of spoiling the episode for folks here in the intro paragraph so instead, for those that haven’t played it, I’ll just say that when the end of year best of lists come out, The Walking Dead deserves to be on them. 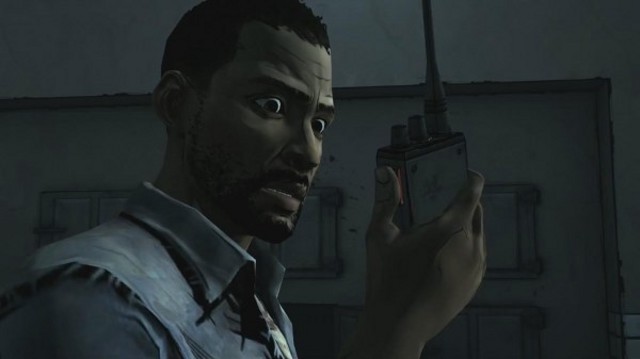 Long before Lee was bitten by a walker, I sensed that he wasn’t going to make it out of this game alive. Nothing foreshadowed it and there certainly weren’t any big clues in the episodes, this isn’t that kind of game, but given the general tone of the comic that the game is based on, I figured that Lee wasn’t going to live. Of course, knowing someone is going to die and watching are two different things, adding an even greater tone of dread to the episode. One of the best things that Telltale did was have Lee get bitten at the end of episode four, rather than make it a last minute twist during episode five. Whether you decided to tell your group of Lee’s impending zombification or keep it to yourself, knowing that time was running out on Lee’s quest to find Clementine gave the game a sense of urgency far beyond the typical bouts of manic activity brought about by walker attacks or bandit ambushes.

More importantly, it gave me time to have Lee get his affairs in order. Despite being filled with dead people, The Walking Dead is a game about real live people, the choices they make, the way those choices impact those around them and the way they deal with the payment for those choices. It may be an overly simple system, to have one man responsible for the fate of so many people, but this is how it has to be. There can’t be a cop out for the player or a way of shifting responsibility to another party. You can’t feel the weight of a decision if you’re not the one making it and this game is all about feeling the weight of your choices.

So when the opportunity came to talk to what was left of my group about the choices I’d made in the past, bad or good, and own up to them, I gladly accepted it. As much as I was worried that the group would reject me for having been bitten, telling them about it afforded me a sense of freedom, freedom to make plans for Clementine’s future, freedom to make amends for past wrongs, freedom to let go of all of the second guessing and doubting that plagued me for the entire run of the game, freedom to focus on what was important, namely rescuing Clementine. 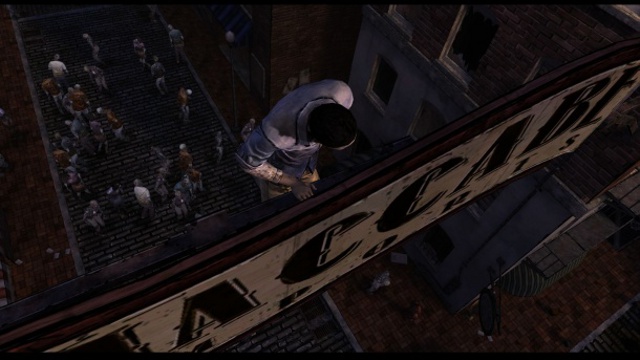 Not all of the choices are handled well in this episode, especially when the game revealed who had been stalking you to Savannah. Well, let me rephrase that. The choices weren’t handled well if you didn’t take part in ransacking the seemingly abandoned station wagon found earlier in the game, like I didn’t. Sure, your attacker makes the point that it was Lee’s group that took food and batteries, which is true, but Lee and Clementine didn’t and that should have meant something. Granted, that’s how life goes sometimes, the actions of others affect you even if you didn’t take part. It’s a shit call, but it happens.

Unfortunately the stalker being batshit crazy and toting around the animated, zombified head of his wife didn’t sell his kidnapping as moral payback, which somewhat diminished the impact of his story, but hey, everyone responds to pressure differently. Some people drink, some people turn inwards, some people carry corpse heads around in bowling bags.

One thing that I did like about the stalker was how it tied into Vernon and the sick people stealing the boat found at the end of episode four. Kenny is the most incensed at this betrayal and he was the most vocal about stealing supplies from the station wagon. It’s not exactly the same thing, as he thought the station wagon had been abandoned and Vernon et al knew what the boat was for, but it still served to highlight the unfortunate aspect of human nature that allows us to put aside our morals for our own safety and survival yet condemn those willing to do the same thing. Again, it would have had more impact had I actually stolen from the station wagon, but I still appreciated it being there, if only to further characterize Kenny. 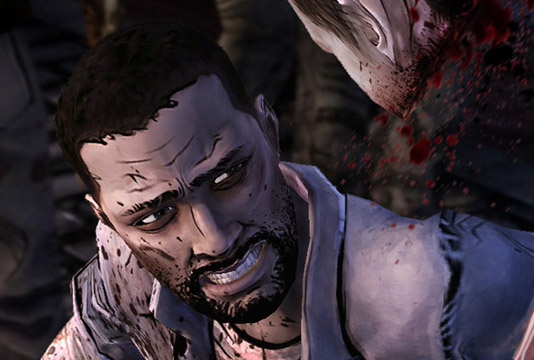 As episodes go, this one is the shortest by far, yet don’t take that as a slight against it. It’s a tough episode to play, particularly because you know where it’s going and were it longer just to be longer the length would have robbed it of its impact. I’m not going to lie, the final interaction between Lee and Clementine, he dying and handcuffed to a chair for fear of turning, her pleading for him to come with her, left me shaken and upset. I knew Lee was going to die since the end of the last episode and I knew his dying would turn him, but I still wasn’t prepared for saying goodbye to Clementine.

One of the hardest thing about being a parent is the lack of control over your child’s behavior, and by extension, their choices. All you can do is teach them how they should act, and give them examples via your own actions and hope that they learn from you and take what they’ve learned into account when deciding what kind of person to be. I approached my treatment of Clementine this way in the game, hoping that she’d turn into someone that was still hopeful and decent as the world fell to shit around her. The worst part of the ending of the Walking Dead was knowing that Lee would never see how she turned out, never see how his role in her life shaped her, never see what he meant to her. It was heartbreaking to tell her to leave, to see the choice of consoling her when she was at her lowest point but being too afraid to choose it, now knowing when he might turn. It was awful to tell her to leave Lee to die, rather than shoot him and keep him from turning (an option most people chose) because you didn’t want a nine year old girl to kill the only caretaker she’s known for the past few months.

When the game was over, all of the major characters were shown on screen with a list of what happened to them. For every character there were four possible outcomes and while some choices, such as saving Ben or Carly were known to me beforehand, seeing other characters there with unfilled options made the ending all the worse. Could I have saved these people and extended their lives? Was there something I could have said or done to change their outcome? For all that I did, could I have done more? I’m sure that if I were to go back and play it again, I could fiddle with the knobs and dials and figure it out, but that would rob the game of its impact and the game deserves to exist as the developers originally planned.

You could argue that the choices were all meaningless as Lee’s death was inevitable but in the end, we all die. The Walking Dead is telling us that how you choose to live is what’s truly important.

2 thoughts to “The Walking Dead: No Time Left in Review”