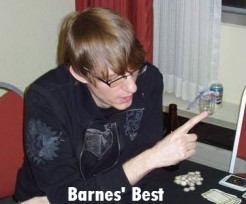 Reflecting back on the year in video games is pretty grim. There was plenty of mediocre junk and really just a couple of really significant titles. The industry kept truckin’ on toward its self-circumscribed oblivion, writ in DLC, preorder bonuses, shoehorned multiplayer, sixty dollar price points, and endless iteration. Vaporware was popularized by Kickstarter, and indie games apparently brought innovation to the medium by whimsically mimicking twenty and thirty year old design concepts and game styles. Then there was that long, dreary summer where almost nothing of note was released. And then there was Lollipop Chainsaw. Come, Armageddon, come.

But there were some great games this year, none of which have “Walking Dead” in the title. That overhyped, over-feted game is by far the biggest disappointment of 2012- not only because of the lack of actual gameplay, the disjointed Z-grade TV writing, and goofy graphics but also because gamers actually liked this garbage. Are standards of writing and character development in video games that low these days? Look, I like the idea of sophisticated, serial storytelling in games. But when it’s delivered in little more than BioWare-style dialogue trees (sans sleazy come-ons) in a game that makes Heavy Rain look like a video game, we’re moving in the wrong direction.

But these games, unlike Walking Dead, most certainly did not suck. They are Barnes’ Best 2012 material.

First up, two honorable mentions. ZombiU, one of Ubisoft’s WiiU launch titles, received mixed reviews that it mostly deserves because it is hampered by a couple of design-level fumbles (the cricket bat thing) and some hideous visuals. But it’s also full of amazing ideas, pairing up Dark Souls’ fatalism with classical survival horror gameplay. The gamepad makes for some surprisingly compelling mechanics- having to actually look down and rummage through your bag for a grenade while a bunch of zombies are lumbering toward you is one of the tensest, most nerve-wracking experiences I had in games this year. It’s gloriously slow-paced, not at all the shotgun massacre that most murder-fantasy zombie games are.

The other honorable is Dragon’s Dogma. I gave this game a mixed review myself, and it remains a hot mess. It’s an Engrish version of a western RPG, and out of that comes some truly innovative ideas. It’s sometimes infuriatingly obtuse, the game never holds your hand at any point, and it can be ruthlessly difficult. But moment-to-moment, the game is as good as anything released this year. The combat is straight from a brawler but the intricate character development is squarely RPG. There’s no other game in 2012 that let you grab on to a burning Gryphon and stab it to death in the air. I think about this game almost every day, and every day I think “man, I need to get back to that one.”

This incredible game is the definitive “shmup” of this generation. Beautifully executed, masterfully designed, and accessible without shying away from very hardcore difficulty, Sine Mora is the best game that’s ever had the Grasshopper Manufacture brand on it. Working with Digital Reality, the Japanese developers gave us some of the best bosses, levels, and shooter gameplay of all time. And man, that Akira Yamaoka soundtrack. Influences ranging from Cave shooters and UN Squadron to Blacksad and Giorgio Moroder made for a sophisticated, visceral action gaming experience that was hard to beat in 2012.

I’ve played thatgamecompany’s Journey only one time, but the two hours or so I spent with it were among the most profound and moving that I’ve ever experienced in a video game. Partnering you up with an anonymous online player with no voice communication was a brilliant masterstroke, enabling players to actually experience things like the development of language and the nurturing of relationships. I think those are far more interesting concepts than shooting brown people or anything to do with Kratos. It’s been argued that there’s not much game here and that may be the case, but the sense of exploring more spiritual and transcendental material made this brave, one-of-a-kind games one of the most important video games of the year.

Firaxis did the impossible and resurrected X-COM in a way that was both throwback and modern. It is the same game you remember. But it shows almost twenty years of design improvement, refinement, and editing. What’s left is everything that really matters about the original game, and almost all of the clunky filler and old fashioned content cast by the wayside. Of course, bitchers gonna bitch about something or other not being in the new game, but they’re dead wrong. This is the perfect version of XCOM, circa 2012. One of the best squad-based TBS games I’ve ever played, if only because it’s so masterfully pared down to the key values.

Yeah, that’s right, I put a demo on my Game of the Year list. It’s my show. Write a letter if you don’t like it! This Wii U demo blew my mind, plain and simple. In just three levels, this demo showed more heart, joy, passion, and creativity than any number of AAA bloodbaths or fake 8-bit retro nostalgia exercises. The game pulses with energy and excitement, incorporating recent gameplay ideas cribbed from Cut the Rope, Rock Band, and other modern titles. But it’s still a pure platformer, even though you’re using the gamepad to perform touchscreen functions. The co-op is great, the art style is to die for, and the graphics are as good as anything on the market today. This is definitely one to watch in 2013, and it may be a compelling reason to buy a Wii U- far more so than Nintendo’s own New Super Mario Bros. Wii U is.

Even though it was a reissue of a 2011 game, there wasn’t anything on shelves in 2012 better than the Witcher 2: Enhanced Edition on the 360. This game absolutely blew my mind with its intelligent, thoughtful writing, great characters, and completely immersive setting. Add in viscerally strategic combat, brilliant quest design, and sex scenes that were actually intimate and adult rather than the puerile sleaze companies like BioWare slop into their games and you’ve got the makings of something special. I never play 50-70 hour games twice. But I played The Witcher 2 twice. And I would play it again. No part of this game was disappointing, lackluster, or badly handled, and it is your Barnes’ Best GOTY 2012.

That’s it then. Had I started playing Little Inferno before this morning, that may have had a berth on here as well. Brilliant, brilliant game that I’m afraid many just won’t get.