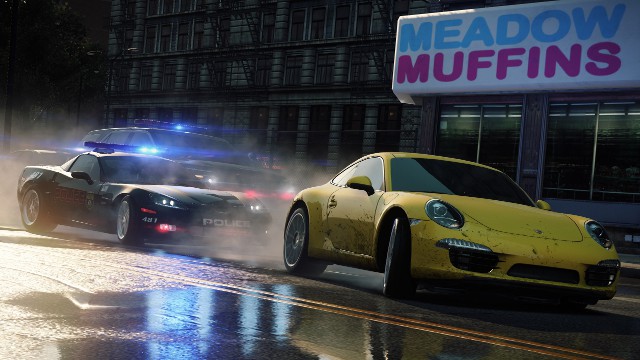 Need for Speed: Most Wanted, A Criterion Game, a game which has the dubious honor of owning the longest, non-American McGee involved title, is no Burnout. Granted, it’s not supposed to be, despite having been made by Burnout’s creators, but that didn’t stop me from being disappointed upon firing it up.

I mean, I knew it wasn’t going to be Burnout. Criterion themselves said that they want to make another Burnout, an unnecessary endeavor if the game they had just made was Burnout, but I really, really wanted it to be Burnout. Some people play racing games. I play Burnout. I’ve tried Forza and Gran Turismo and I suck at both of them. Even Split/Second was too much for me, but Burnout has always given me enough to do before the inevitable wall of difficulty made further progress impossible. 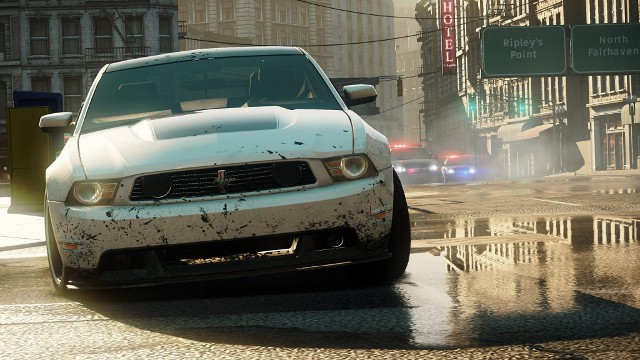 Part of what made Burnout Paradise such a great game was that Criterion was content to let you just drive around and explore the city. In fact, the ability to redo a race immediately upon ending it was something that was added later on (probably because of complaints from people like me who weren’t quite ready for an open world racer). Sure you could get from the mountains to the coast in about ten minutes, a fact that stretched most notions of geography, but who cared? You’d pass so many events along the way that it didn’t matter. Hell, half the time you’d probably end up in the quarry doing donuts for an hour, or trying to get as much air as humanly possible off of a rock pile that trying to find another event was the least of your worries. If a super special car showed up while you were tooling around, even better. Nothing quite like heading towards an event, pulling a screeching u-turn and driving like a maniac to shut down another racer and obtain their awesome car.

Fairhaven may look pretty, and it has plenty of billboards to bust through, many of which I’ve stolen from a one Mr. Tom Chick, lots of security gates to break and several cities worth of traffic cameras to trigger when you aren’t racing, but what it doesn’t have is the confidence to let you just tool around and see the city for yourself. The open world-ification of games has resulted in a slew of games that don’t have the common sense to shut the hell up and let the player just play. Every time you start up the game, the autolog is recommending races to race, friends to challenge, mods to get. Hey, you’re in a Porsche, huh? Richard had a Porsche and he drove this race faster than you. Don’t you want to challenge Richard? What, are those off-road tires? How about drifting in them tires for 3000 yards? Hey, you can do a Most Wanted race! Don’t you want to do a Most Wanted race? No, Need for Speed: Most Wanted, I do not want to do a most wanted race. I just want to drive around and find some cars. 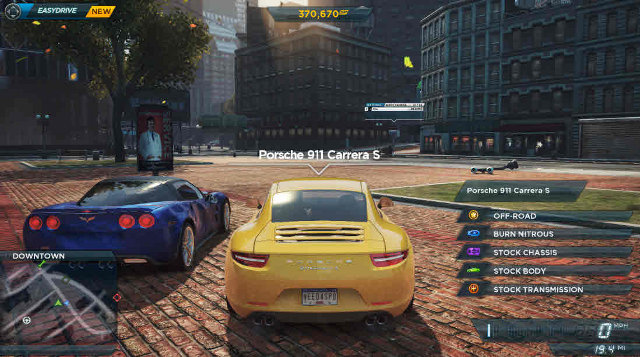 The cars are plentiful and they’re certainly easy enough to get. Find one, drive up to it, hit a button and you’re in it, but the lack of any real effort other than just driving around and investigating the occasional alleyway and parking garage makes the car progression a non-issue. I’m sure people like that, but I’m not one of those people. Cars should be earned, not given freely. Hell, even if you miss shutting down a most wanted car upon beating the race, just park for a spell and there it will go, tearing up the road ahead of you, just daring you to take them down. I can certainly understand wanting the focus of the game to be on racing, and not obtaining cars, and with mods only accessible upon winning races, it’s not like you don’t have to win to proceed but something about driving up to an abandoned Bentley and just hopping in doesn’t sit right with me. 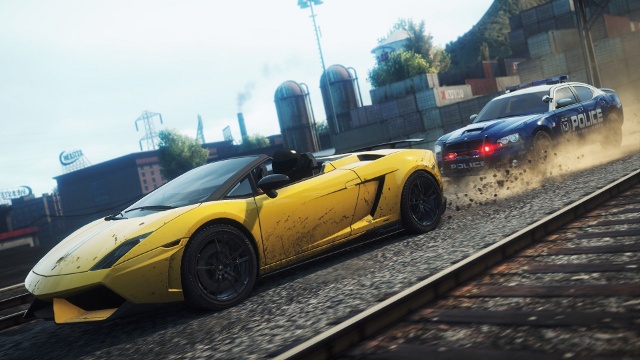 Luckily the races are pretty tight. The cop pursuits which I find meaningless and tedious in the main game add a ton to the races, making everything else fall away in a grand dance of obstacle avoidance, jockeying for positioning and trying to find the right line for the upcoming curves. I have sailed through roadblocks without so much as nicking my paint job, pulled off a 250+ yard drift down a mountain road and blown a tire on a spike strip only to have it instantly fixed as I took a corner through a body shop, and all unintentionally as I focused on winning the race at hand. Sure I’ve also cursed at myself for a last minute crash that robbed me of a victory or wondered just how many bridge pylons I could crash into in one race (that would be seven), but the overall gain is a positive one. I like racing in this game, a key selling point for a racer, even if I don’t like how much the game feels it has to convince me to do so.

I think it would be dishonest for me to say that if you loved Burnout, you’ll love this game, but at the very least, if you enjoyed Burnout, I think there’s enough here to warrant a look. Maybe you can past the non-Burnoutedness and enjoy yourself, like I have. Just stay away from the billboards. Those top scores are mine.