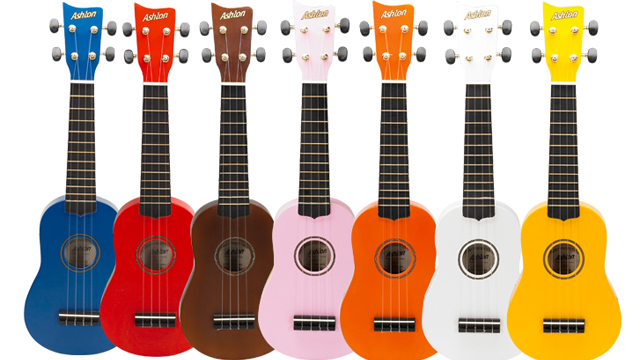 On Friday night I finished Assassin’s Creed III, hands down, the worst of the non-handheld Assassin’s Creed games and an absolute bucket of horse piss of a game, series pedigree notwithstanding. On Saturday I bought a ukulele. The two events are not unrelated but not in a “AC III was so bad that it drove me to renounce earthly possessions and go live in a hut” kind of way, more in a rethinking the hobby kind of way.

Before I go further, I need to say that I still love games. I still love playing them and reading about them and anticipating them. I’m excited to hear about the new consoles, less so if this “always connected, no used games” rumor about the next Xbox turns into a reality, but hey, I hear this PC thing is pretty cool, so I can always fall back on that. I got all excited about the new Skylanders game dropping this fall, I’m looking forward to seeing what Sony has to say in February and I’m disappointed that I won’t be attending this year’s E3.

That being said, I’m also tired of playing games simply to have something to play. For a long time, I’ve been the guy who is always playing something, even when what I’m playing is being played simply to fill a void and not because I have anything better to do. When I was editing this week’s show, and I heard myself say that I’d be playing certain games because “I’d be playing something any way”, or however I said it, I stopped and asked myself why that was. I’m not talking about when I’m working out, because that’s a different beast altogether, but I’m talking about at night when I’m hanging out and have some down time.

Part of my constant level of game playing activity is left over from when I was getting paid to write about games. Freelancing is like being a shark in that if you don’t keep moving, you die. Stop taking gigs and people will stop offering them and then you’ve got nothing. Plus, if you’re not writing, you’re not earning, so it meant nothing to me to take crappy review assignments because at least it meant I was earning. Now that I’m not getting paid for it, if I don’t want to play anything, I don’t have to. I still have a responsibility to this site and to the podcast to play stuff, but as I’m not giving up games altogether, I don’t see that as being an issue.

So why the ukulele? I’ve always wanted to learn how to play the guitar, and even tried back when Linda and I were living in Seattle, but learning the guitar is hard with very little progress to show early on other than being able to plink out children’s songs. At least it was back when I was learning it, in the pre-internet days of yore when we communicated via smoke signals and carrier pigeons. I’d been reading about the ukulele for a while, ever since John Scalzi started playing it, and it seemed to fit what I wanted out of an instrument namely it’s small, inexpensive and easy to learn. Small means that I can bring it to work and practice on my lunch hour rather than driving around looking for toys, inexpensive means that if I don’t like it, I’m not out much and easy to learn means that I can start seeing progress early, which in turn keeps me practicing. The fact that Eddie Vedder plays one may have had something to do with it as well.

So far, my experience has shown that all of those things hold true. I’ve been playing every day since Saturday and I know enough chords and can manage chord changes and a vaguely competent strum pattern to the point where my kids are impressed and my wife has gone so far as to say that what I’m playing sounds like music. This is a far cry from when she used to banish me to the bedroom for my Seattle practice sessions.

It certainly helps that there are so many learning resources available online for no charge. that the hardest part when starting is narrowing down which sites you’re going to use. The same thing goes for sites that offer up tablature and chord diagrams for popular songs. If you can think of a song, someone has probably done a uke tab diagram for it. Sure, you may have to figure out the strum pattern, but with enough experimentation, you can come up with something that works in no time.

I mean, let’s be honest here. I’m 40 years old. I’m not going to be in a band. I don’t give a crap about music theory at this point, although I’m open to learning it down the line, and outside of my family, no one is ever going to hear me torture my uke in the hopes of learning “Pumped Up Kicks”. All I want is something I can play around with, something that challenges my brain and my dexterity, and something that I can do that doesn’t require a power outlet and/or a television. I can’t tell you how many times I’ve been puttering around the house without anything to do, unwilling to let my kids see the latest game that I’m playing, and unable to sequester myself away. Now, when I have these times, I can practice playing, most likely my kids will leave on account of me being terrible and I can play my violent game in peace. Everybody wins!