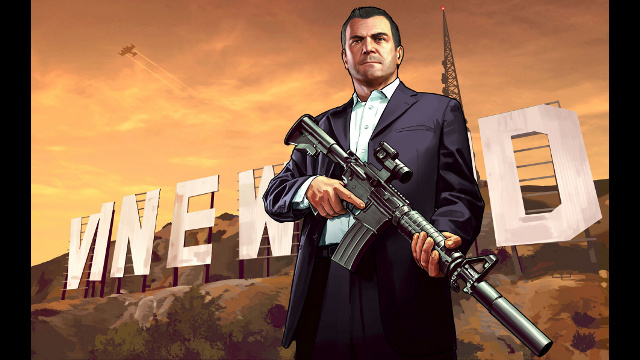 No, I did not steal my ukulele, as the title of this post may imply. I bought my uke fair and square from the magical leprechaun that lives in the hollowed out oak tree on the edge of my property. I got a great price, but unfortunately all I can play is Danny Boy and if I go thirty minutes without playing, I bray like a donkey.

What I’m finding out as I navigate the twisted paths of musical incompetence, is that there’s a lot to learn when picking up an instrument, and if one isn’t careful, one can get lost in the weeds, spending more time deciding what to work on than actually working on it. Don’t get me started on watching YouTube videos. Man, it’s great that there are so many resources available for free lessons, but when you’re in the middle of watching your tenth video on chunking, you realize that at some point, you have to just start chunking yourself.

Thank heavens I have all of this open world gaming experience to fall back on. 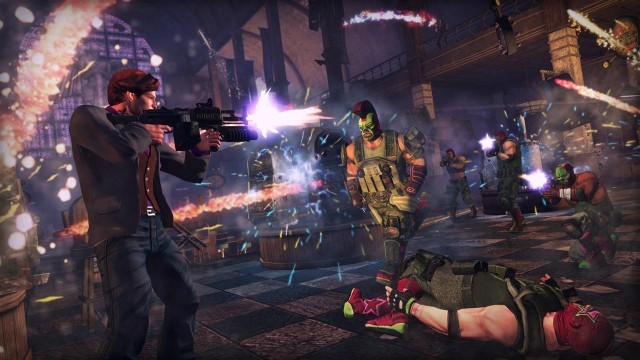 Open world games are probably my favorite kind of game, having eclipsed the RPG somewhere around inFAMOUS 2. That wasn’t even all that great of an open world game, either, which just goes to prove my point. There’s something about starting with a map full of activities, as in most open world games, and whittling down those icons, one by one, until your section of the map is clear. Then, once that is done, you pick a new section and start all over again. Sure, not all of the activities are going to be winners, but as long as most of them are enjoyable and the story and/or characters are serviceable, I’m happy to run around for hours finding lost hoozy-whatsits and taking on the occasional odd job here and there.

Unfortunately, every time I start an open world game, I’m faced with the same paralyzing indecision that follows me from game to game. Once the initial tutorial missions are done, what do I do first? Are there entire runs of activities that I can do at once or do I need a certain car or a certain friend or a certain weapon before I can do all of them? Can I go grab all of the collectibles at once or do I need more of the map unlocked? Is it worth hunting for things now or will I somehow be able to get a map of things later? It usually takes me a little while before I can come up with a plan on how to attack my various tasks and once I have a plan, I’m content to execute on the plan and start knocking down objectives. 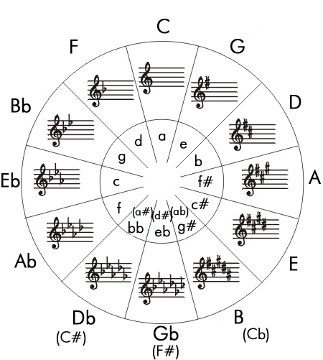 Learning an instrument is the same way. There is so much to learn about music that if you spend a lot of time trying to figure out how to do all of it, you’ll never get anywhere. I already knew about beats and measures and I have no interest right now in learning music theory or being able to read sheet music, so that cuts out a large swath right there, but even with that gone, what should I work on every night? Should I practice nothing but chords and chord changes? Should I practice good strumming technique? Should I do scales? Should I try and learn a song? If I do pick a song, should I do a song with chords, one with finger picking, one with both?

At first it was way too much and I bounced from thing to thing before I realized that this was getting me nowhere, it was all too frantic and not the slightest bit focused. I finally decided to try and learn a song as learning songs was the whole reason I started playing and if I learned a song I’d learn chords, chord changes, proper strumming and rhythm all at once.

The song I chose was “How Far We’ve Come” by Matchbox 20. It’s not like I’m the world’s biggest Matchbox 20 fan. I mean if I hear them on the radio, I probably won’t change the channel, but they don’t play them on the stations I listen to, so that probably won’t happen. I do like this particular song and I know it fairly well from the radio stations I listen to when the kids are around. Plus, and this is the important part, the whole song can be done with the C, G, Am and F chords, which are not only pretty easy to learn and switch between but also make up a staggering number of songs. In short, if you know G, C, Am and F, you know a lot of songs, you just don’t know that you know them. Sure, the chord progression may be different and the strum patterns are different, but if you know the chords and how to easily go between them, the hard part is done.

Unfortunately, when I learned my G chord, I learned it incorrectly and I have since started relearning the chord. It’s possible that I didn’t have to relearn it, but I know so little right now that I wasn’t sure if the most common finger placement was the most common because it makes switching chords easier. I do know that’s not the case now, but muscle memory is a double edged sword. My chord changes aren’t too bad and I memorized the song’s chord progression a lot faster than I ever thought I would, so my biggest problem right now is timing. When you hear a song, you may think, hey, that’s a fast little ditty. Yeah, try and play it and it feels like the song is playing at a crawl and you’re playing at hyperspeed. I’m sure speed metal fans out there are laughing at me, but I swear, I get so ahead of the beat that it is physically uncomfortable to slow down and play it at the right speed. I tried playing with a metronome and that wasn’t working out, so instead I’d play along with the song itself. I know that eventually I’ll have to learn how to play with a metronome, but right now, I’m all about progress.

Once I’ve mastered playing, I’ll throw in trying to sing, which will require an entirely new skill set and once I’ve learned that, I’ll move on to another song and start the process all over again, just like moving on to a new section of Liberty City or Hong Kong or wherever. I’ve already started a bunch of other songs, so I have jumped ahead of myself, but the point is that learning a new song will require the same process of breaking down the song to learn when to change chords, learning how to change chords, how to strum and finally, how to keep time, just as I did with the first song. If I keep on repeating that, eventually I’ll have a nice little library of tunes I can bust out at the drop of a hat. Just the thing I need for my upcoming career change to street musician.

I’m hoping that once I hit the eventual plateau that I’ll remember the long, grindy sections of my favorite open world games and just grit my teeth and get through it to get to the rewards on the other side. An exciting cavalcade of musical pleasure awaits, so I’ll just have to keep that in mind. Just to be safe though, I’m going to wire my uke to play the achievement unlocked sound every time I make a successful chord change.