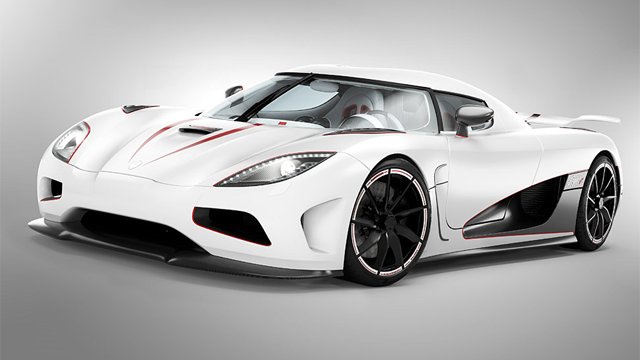 See that car right there? That’s a Koenigsegg Agera R. It’s a pretty sweet car. It has an approximate top speed of 273 mph. It can reach 200 mph in a hair over 17 seconds and then brake to 0 mph in less than half of that. At the current exchange rate, it costs around $2 million, but that’s for the carbon fiber version which adds an extra $270k.

Along with being a hypercar that I will never be able to afford, or probably even be allowed to look at, it is the final car to beat and then shut down in Need for Speed: Most Wanted. 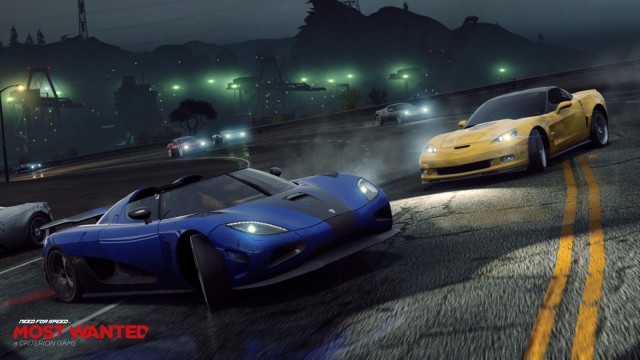 Somewhere around car number 5, the Porsche 918 Spyder Concept, I realized that this game Was Not Fucking Around. Up until that point, I was able to shut down the Most Wanted racers with my trusty SRT Viper, applying mods as I won them through normal races. The Porsche kicked it into high gear, if you can excuse the pun, laying bare the hard truth that if I was going to compete with cars one through five, standard mods weren’t going to cut it. Luckily an achievement awaited me at the end of my quest to get all Pro mods, so there was incentive there beyond simply staying competitive.

Once I had all Pro mods, my SRT, a car that had before been a competitive and engaging ride, transformed into a demon on wheels. With all Pro mods installed, the other Most Wanted cars fell with nary a whimper. The Lamborghini Aventador, the Bugatti Veyron Super Sport, the Pugani Huayra, they all fell, most on the first try. Finally, I had worked my way up the chain to the Koenigsegg Agera R.

Most of the Most Wanted races are between two and four miles long and take two to three minutes to complete. As the races get more difficult and your opponents get more skilled, the game starts throwing cop chases in there as well, to further complicate matters. The final Most Wanted race is a hair over ten miles long and takes about four and a half minutes to complete. Sure, you can take longer than that, but if you do, you won’t win. Trust me. The race covers all manner of terrain with a particularly nasty section of underground freeway driving filled with cops and the AI racer consistently trying to push you on to an exit ramp that will effectively take you out of the race. It’s not pretty.

I can’t tell you how many times it took me to win this race, but I can tell you that I finally did it. I can also tell you that out of all of the people that populate my SpeedWall, the game’s online-when-you’re-not-online-ranking system, I am the only person to have shut down the Koenigsegg Agera R. Me, arguably one of gaming’s worst racers ever.

I am also the only person on my SpeedWall to attempt, and beat, one of the game’s hardest races, the Needle Point speed run. This makes sense as the race is only available to the Koenigsegg and I think the Bugatti, and even with those road monsters, it’s no easy feat, consisting of two curvy highway sections, both littered with traffic and cops, split evenly by a trip through an abandoned airfield, an airfield filled with dirt roads, none of which have the benefit of guardrails to keep you from sliding off into oblivion.

I took me an hour and fifteen minutes to finally hit the gold level target, an average speed of 150 mph (151.4 to be exact). My SpeedWall says I made 24 attempts which I think is an extremely generous number, as I swear I made many, many more attempts than that. When I finally beat the race, one of the best races I have ever completed, filled with clean cornering, a fair amount of lucky traffic placement and a last second u-turn into a highway divider that made my car stall out and almost cost me the race, I whooped so loudly and so joyously that the entire house heard it.

Once I finished Needle Point, I jumped in the BAC Mono, made a few attempts at The Getaway to get the gold average speed of 120 and just like that, I was done: first place finishes in all 61 events in Need for Speed: Most Wanted. An 80 point achievement and, more importantly, a feat that none of my friends have accomplished.

Now, I know I probably sound like a big, gloating dick right now, but you have to understand something: I am terrible at video games. I mean, utterly awful. Of all of the games I am terrible at, I am really, really terrible at racing games. For me to have a racing achievement that none of my friends have is totally baffling to me. Now, it’s possible that my friends just stopped liking the game and gave up, but when I look a the True Achievements ranking for this achievement, only 12% of those playing the game have it. 12%! And that’s 12% of people who care enough about achievements to sign up for a site like True Achievements.

I’m sure it won’t be long until someone matches my feats and does it with better times/average speeds than what I’ve accomplished, but until then, I’m enjoying being the king of Most Wanted hill. The view from up here is pretty sweet. The car insurance premiums, on the other hand, are murder.

8 thoughts to “King of the Hill”