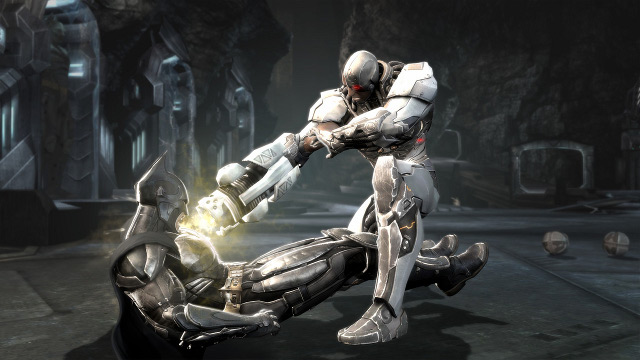 Hey, you know what’s not much fun? Running cable, that’s what. Thankfully my basement is still unfinished so that I could run network and phone cables to various rooms on the first floor. Plus, I got to learn how to terminate cat-5 cable which will help me out, well, never but I saved about five hundred bucks by doing this myself rather than hiring an electrician, so there’s that.

Oh, right, games. Another superhero fighting game comes out as does a “new” Shin Megami Tensei game for the 3DS. Seeing how I’m about a battle or two away from completing Fire Emblem, I may have to play that one. Then again, Etrian Odyssey IV is first in line, so it may get the nod. As for couch time, I’m in the middle of Gears of War: Judgement. People Can Fly have made some interesting choices with this game, including a nice selection of new weaponry and a scoring system that allows you to take on mission modifiers that makes things more difficult so that you can obtain stars more quickly. Stars unlock things I don’t normally care about, except for an additional campaign mission, but the modifiers are usually interesting enough to be worth it. Plus, People Can Fly know that colors other than brown and grey exist, so they use a more vibrant color palette. Still, in the end, it’s a Gears of War game, with all of the baggage that comes with it. I’m enjoying it, but I’ve certainly played this game before. It’s not a total waste though, as it makes me want to keep seeing work from People May Fly and I’m always down for having developers to keep an eye on. 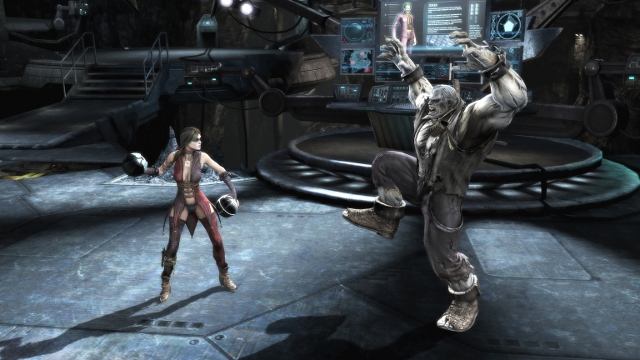 I’m sorry, but I just can’t get into Injustice: Gods Among Us (PS3, WiiU

). Maybe it’s from seeing the game plastered all over E3 a year or so ago. Maybe it’s the character design. Maybe it’s having human opponents like Harley Quinn face off against Amazonian warriors and Kryptonians. I don’t know. I’m not much into fighting games to begin with and when they’re silly but trying to be serious like this one, it ain’t happening. I think Barnes is going to play it, so don’t worry, someone from NHS will chime in beyond my petty mewlings.

has never been released in North America so it’s “new to you” in that vaguely offputting way that Americans think that the world revolves around them. Find demons, defeat them, recruit them, fight more demons, you know the drill. The ability to customize the difficulty level is very appealing. I’m really digging that lately as it’s opening up games that I didn’t have the patience and/or skill for in the past. Add it to the list!

. Seeing as the Wii in my house is currently less than functional, I don’t see this one getting much play in my house. I refuse to buy a new Wii even if you can get them free with 20 cereal box tops.

In other news, Dishonored gets the Knife of Dunwall DLC, Forza gets the 1000 Club DLC, Victoria II gets the Heart of Darkness expansion, the second episode of Darkfall releases, Star Wars: The Old Republic gets a new expansion and Black Ops II gets the Uprising content pack.

Target – Get a free $25 gift card with purchase of a WiiU deluxe console. Buy one game, get another of equal or lesser value for 50% off. See stores for all of applicable titles. Free Justice League: Doom digital download with purchase of Injustice. Doom is the animated adaptation of the Tower of Babel story from the JLA comics. The movie wasn’t bad but I much preferred the comics. Get LEGO Batman 2 for $19.99.