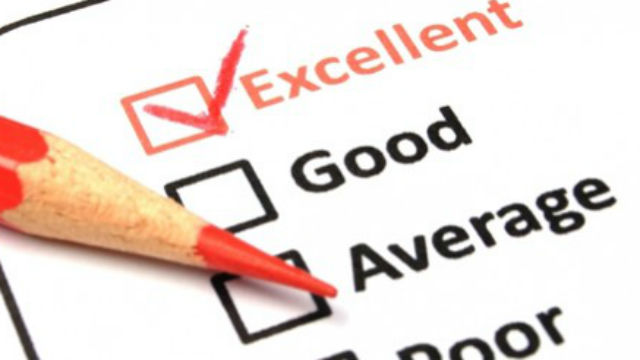 I don’t like rating games, video or board. A good review should manage to encapsulate how you feel about a game without stamping a score at the bottom. Numeric ratings attract attention away from the writing, and have neither the subtlety or nuance to express wider ideas about the value of the game beyond its play, or the reviewer’s tilt.

But I don’t always have the pleasure of writing just as I’d like to, and many of the editors I’ve worked for want scores. Out of five, ten or, worst of all, a hundred. So I dutifully assign a number and try to move on. But I remain haunted by past scores. Is game X really two stars better than game Y? Was I really right to give game Z that score out of a sense of quality, even though I, personally, disliked it?

Because people put store by those numbers, and therefore so must I. In spite of my misgivings I try to get it right, and end up in ludicrous situations like giving a game a higher rating than I feel it entirely deserves just because it’s marginally better than another game I previously scored slightly generously.

The most corrosive effect of scores, though, is what we’ve come to know as the weak seven effect. You play a game, enjoy it, but aren’t blown away by it’s quality. Perhaps you frequent one of the many online communities which allow you to rate your collection, and decide to give it a score. What do you go for? Seven.

It’s a weasley number, is seven. The people who wrote disquieting thriller se7en clearly knew it, as did the antediluvians who came up with the seven deadly sins that inspired it. When it comes to rating games, eight looks like a solid score for a quality game, while six feels fairly negative. Seven sits in the middle like a spare part, uselessly indicating that the game is fun, but not quite fun enough.

READ ALSO:  Why talking about sexism in games sucks: you cannot win.

It’s particularly pernicious when those ratings are compiled into an average. Averaging out forces down the score, because you’ll never get an average of ten and even nines are extremely rare. But because it’s still a rating out of ten, you don’t see that, you just compare the compiled rating with the maximum, ten, to get a sense of the game’s quality. Then all those sevens, which aren’t actually that high as individual ratings, suddenly add up to a much more appealing average.

And average is the right word. Because that’s really what we’re saying with those sevens. Fun, but not quite fun enough. That’s average, really. But of course out of ten, seven isn’t the average. The average should actually be five or six. And so we end up with over-inflated ratings for games and punters end up spending good money on games they rarely, if ever, play and the world economy keep on going round.

The problem is that games are supposed to be fun. They’re supposed to be exciting, give pleasure to the gamer. So you end up feeling overly positive about a game that’s actually fairly run of the mill, because it’s partially fulfilled its purpose. Think about it. Finding a game I actually dislike it pretty rare. Finding one I really hate is almost unheard of. I don’t think I’ve ever played one in which I can’t see a single redeeming feature that might appeal to another gamer.

As the design industry has got better, this problem has got worse. Designers learned from the awful train wrecks of the board gaming 70s and video gaming 80s not to repeat those mistakes. It’s pretty unusual nowadays to see something as dreadful as SimCity or Colonial Marines – indeed this column was partially inspired by the rarity of having two bad big-studio games back to back.

But although the quality of the majority of games has increased overall, to the point where unfun games have become a thankfully hunted breed, the top notes haven’t changed at all. In any given year there are still as many stellar titles, games that thrill you, demand repeat plays, stay in your head for months afterwards, as there were in the 70s and 80s.

Those are the games you want to pick out. Ideally as soon as they come out. But to get the proper perspective on their quality takes long hindsight, by which time you may have wasted your money on those horrible, bland, average sevens that have been pushing the baseline up and making themselves look better than they really are.

This is my fault. And I’m sorry.

The solution is relatively simple. If I have to rate games I like a five point scale the best. It gives you the chance to differentiate the good from the average, and make sure your readers properly understand what you thought about a game in case you botched your review a little and failed to make that subtle distinction.

When I first started using social media book-tracking site Goodreads, I was therefore pleased to see it used a five-point scale. But I was momentarily puzzled by the names. Three, the middle point, was “liked it” which seems distinctly above average. Two, which looks below par, is “it was ok”. Confusing, until you remember that books are like games. Generally only decent books make it through the publishing process. Really bad books are rare. Therefore, the media is actually good..

So from now on when I rate games, that’s the scale I’m going to use. I’ll just double it or quintuple it for higher ceilings. May I humbly suggest you try and do the same. Good is the new average. Long may it remain so.

12 thoughts to “Good is the new Average”