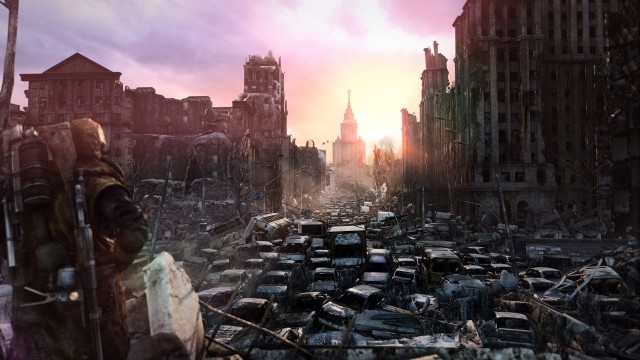 This week sees the release of the first THQ property of the post-THQ era. Metro: Last Light (360

) must have been pretty much done by the time THQ closed its doors, so hopefully the restructuring will have minimal impact. It is winging its way to me as we speak, and I would imagine Barnes and Bill are also going to play it, so it should be a Metro-palooza ’round these parts.

In other releases, Dust 514 does the free to play thing on the PS3, Metal Gear Rising: Revengeance gets the Blade Wolf DLC and Anomaly 2 does the tower offense / RTS thing.

Me, I started Deadly Premonition last night. It’s very weird. I’m also enjoying the hell out of Nolan North’s performance in Spec Ops: The Line, even if the combat is somewhat generic and the Heart of Darkness allusions are a bit thick. Etrian Odyssey IV has been shown the back burner in favor of Eclipse and Transformer: Legends with the latter occupying more and more of my time. Card management is hell!

Target – Save $10 on any Disney game when you preorder Infinity for a buck. Also, get a free coin and character pack when you get the game. Get all Just Dance, Zumba and The Sims games for $19.99 each.