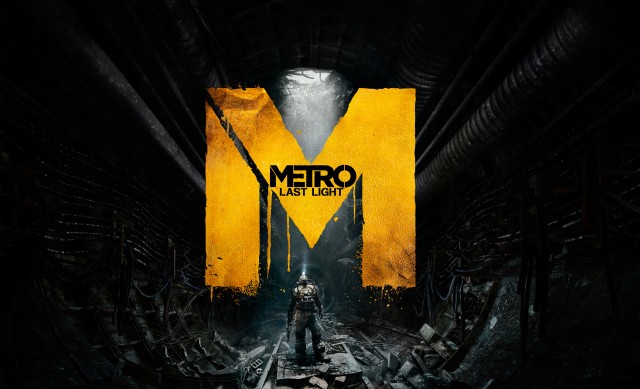 First off, hey, remember me? I used to write here a lot! Good to see you too.

So…first BioShock Infinite and now this.

Metro 2033 was one of the smartest, original and most challenging shooters to appear on the scene in quite some time when THQ and 4A Games released it back in 2010. Flawed? Yeah, but its uncompromising design made for one of the best gaming experiences of the year.

Now, with Metro Last Light we get a drop dead gorgeous sequel set in the same bleak, worn out world but this time it seems…different. Milder. Safer. “Streamlined” and Corporate.

I’m about 70% done with the game, just finishing the mission heading into the church, and while I have every intention of finishing, just like Bioshock Infinite, I do it out of a feeling of obligation rather than earnest.

So much of the game is the same as before: you still need your gas mask and filters when heading outdoors. The Metro itself is as gloomy and at times as tense as ever. But the people are dumb –ludicrously dumb, and the creatures that you face, at least thus far, lack that same fear factor as the dark ones from the original. There are countless set pieces I remember from 2033 — thus far there have been exactly zero moments that I will remember months from now in Last Light, and that’s a shame — especially because I paid for it since my days of free games are over. Actually I will likely remember the mutant-spiders just because I know Todd would cry like an abandoned child if he saw them.

But while 2033 let you know right off the bat that it was going to be a tough, tough ride (anyone remember the first set piece with the guards?) Last Light makes it easy on you, even on the so-called “Ranger Mode”. The enemies in Last Light have the basic awareness of a dead turtle. The game wants you to be stealthy and not go in guns blazing, much like 2033 did, but here your enemies will hardly ever notice you. It’s like you can stand in the shadows, do a little soft-shoe and sing some ragtime and they won’t give you a passing glance. Two guards stand next to a lantern and you can stab one in the neck and his buddy won’t even turn to look. Throw a knife and hit a Nazi in the thigh and he dies — instantly.

What did they do to my Metro?

The voice acting and the writing are as crisp as ever and I do enjoy the unfolding tale or woe inside the Metro…but that’s not why I play games and it was always a wonderful side dish to the gritty gameplay of Metro 2033. That’s been replaced by something that appears to not embrace what made the original such an amazing game in the first place. I’m hoping the final third picks up.

One thought to “Why Metro Last Light Disappoints”