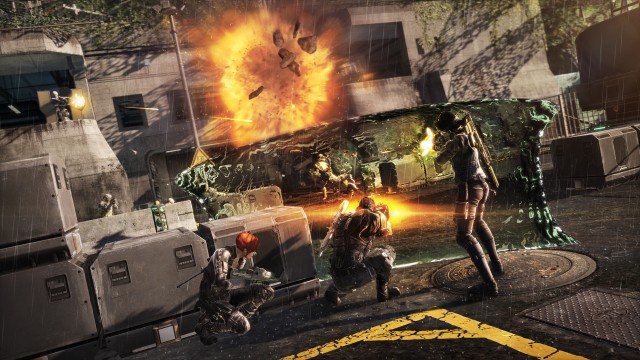 Calendar Man is a day late this week on account of two things. One is Memorial Day. The other is my run-in with a utility knife to the tune of 12 stitches in the middle finger of my left hand. Typing has been compromised, to say the least. On the plus side, I get a week’s vacation from finishing my basement. Yay, stitches.

This week has the release of Fuse (PS3

), Insomniac’s four person co-op alien weapon game. I played the demo and was a bit worried over the fact that my AI teammates did not know that my gun was a mobile shield platform. They all seemed content to stick behind actual cover and leave me to die. Then again, seeing how I did die so much, maybe they were on to something. I’ll have more thoughts later in the week when my copy arrives. Also out this week is GRID 2 (PS3

), a game about cars, not grids. Other releases include the Old Gods expansion for Crusader Kings II, Daedalic’s Night of the Rabbit and other games I can’t tell you about at the moment because I think bees are building a hive in my stitches.

I’ll leave you to your own deal finding due to the aforementioned bees, but don’t worry. My main man Cheapy D has got your back. He always does.