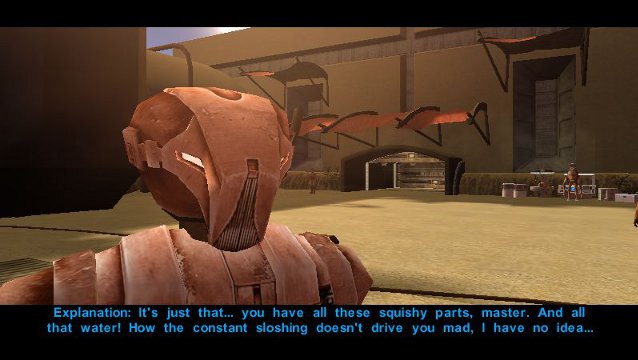 That headline is a misnomer. Any HK-47 is the best HK-47 of all, mobile or otherwise. I am, of course, referring to everyone’s favorite cranky assassin droid from Knights of the Old Republic. In one of the strangest game announcements in recent memory, the iPad version of KOTOR was revealed to the world today in the form of an IGN review. What follows was the strangest collection of journalistic twists and turns I’ve ever seen. Many sites didn’t want to report that an iPad version of KOTOR existed, they instead reported that IGN had reviewed an iPad port of KOTOR as if the latter would be possible without the former. I’m all for hedging one’s bets and sure, I’ve had issue with IGN content in the past, but I’d never accuse them, or anyone for that matter, of outright lying and making up a review of a non-existent product.

I can certainly understand exclusive reviews, but keeping the very existence of your game completely under wraps until the review drops seems like an odd choice. I know that many PR shops are experimenting with shorter PR cycles, Evolve, for example, and I’m all for it, but there’s short and then there’s this. Sure, it’s great for the consumer to read about a game for the first time, see it in iTunes and buy it, but this is KOTOR we’re talking about. Even if the port was utter crap, many people would buy it just for the nostalgia factor. Instead we got a morning of articles about how this game may or may not exist.

READ ALSO:  2011 Proving to be Gold for Xbox Live Arcade

I’m not sure what I’m going to do. I wouldn’t mind taking a walk on the Dark Side this time around, but for me, so much of what made KOTOR awesome was the story twist. Now that I know it’s coming, will it still be worth it? What’s a meatbag to do? 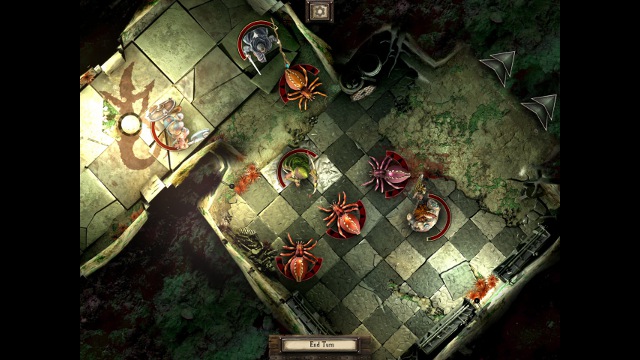 In other iPad news, Rodeo’s Warhammer Quest releases today and reviews are split. Most people like it, Tom Chick does not. What’s interesting is why Tom doesn’t like it. Warhammer Quest is a port of the board game of the same name and apparently the iPad version does an extremely bad job of telling you the rules of the game and how those rules govern your dungeon crawling experience. I wonder if the people singing the game’s praises don’t know that it’s based on a board game and as such, don’t care about the rules. Sometimes in dungeon crawlers you swing and you miss. Many times we don’t know why, so to someone playing it as a dungeon crawler, they may not care. Some of the other things, like the poor job explaining how things like toughness and strength come into play are harder to explain away. Sometimes bad writing is just bad writing. Also, the game constantly having its hand out for more money looks really annoying. For five bucks, I may have to buy it, just to see if someone with no boardgaming experience such as myself finds it as maddening. It looks like there could be enough wrong with it for me to still not enjoy it, but at five bucks, it’s probably worth it to form my own opinion.