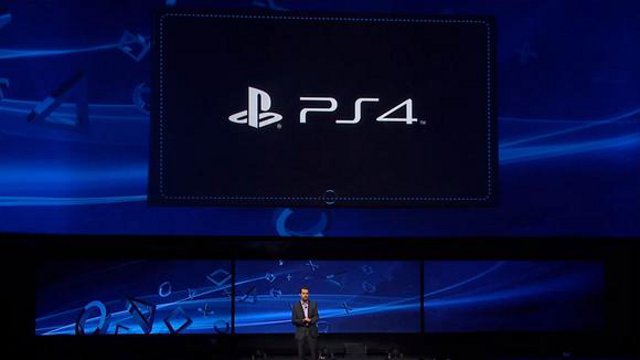 Sony has now shown its hand for the PlayStation 4 at E3, and it looks to be aiming squarely at the hardcore gaming market. In what is certainly not a co-incidence their latest press release was at pains to point out that the PS4 will be doing exactly the opposite of all the things that have so annoyed hobby gamers about the Xbox One so far. It won’t need to connect to the internet once per day. It will run used games. It might not be backwards compatible but you will be able to play PS3 titles streamed online through Gaikai. It’ll be cheaper, and have a bigger library of indie games. The message from Sony couldn’t be clearer: we’re the hardware for serious gamers, and we’re listening to what you want.

Personally I’m pretty much sold. I buy a lot of used games and the fact that one console will allow me to continue doing that and the other won’t is a deal breaker. The chance to play some great PS3 titles that I missed in this generation, like Journey, The Last of Us and Demon’s Souls is a huge attraction, as is the price. Being fairly tech savvy I can surely use my PC to mimic a lot of the added functionality of the Xbone anyway. Upgrading is a long way away for me: my 360 pile of shame is easily big enough to last me into the first year of the next generation. But unless things change drastically over the coming 24 months (and they might yet), it looks like I’m a Sony man.

But that doesn’t mean I think Microsoft have screwed up. As has been repeated tirelessly over the last few weeks, Microsoft wasn’t aiming to launch its new console at us. It’s an attempt to reach out squarely to the casual market, the two or three games a year market, the market that have been relentlessly gobbled up by smartphone gaming over the last few years. Whatever we might think of it, it’s a bold move and puts clear water between Microsoft and its competitors in the console environment.

It seems to me that in going after the hardcore crowd, Sony have chosen to play it safe. It’s a smaller market, but a solid one which will guarantee them sales. They’re effectively admitting that the days of the console as a unified gaming platform are over, and are seeking to corner the people who are sure to continue to support it.

Microsoft on the other hand are taking a massive gamble. The audience they’re going after might not want to come back to console gaming from their mobile devices. They might not want to drop hundreds of dollars on a gaming system that offers some fairly minimal usability advantages for regular media consumption over the disparate use of PVRs, PCs and tablets that we see at the moment.

This doesn’t surprise me. Microsoft have basically done exactly the same thing with Windows 8: abandoned their core market in favour of trying to recapture a segment of the mobile market. It’s clear that the bosses at Microsoft have decided that beyond the obvious conclusion of mobile being a big part of the future, mobile is almost the entirety of the future. And if there’s a company that can not only afford to gamble, but probably needs to gamble on the way the future is going to map out, it’s Microsoft.

READ ALSO:  Sony Flips You All the Bird (Maybe)

The future remains, of course, utterly inscrutable on the matter. It could be that Kinect 2 turns out to be the transformative technology that Kinect 1 promised to be but clearly wasn’t. That would be a game changer. But I’m willing to bet that the next generation belongs to Sony. However, I’m also willing to bet that the next generation will be the last that sticks to the traditional models of production and consumption. And after the world has moved on, it’s possible that Sony will find it has cornered a market that no longer exists, and its Microsoft who’ll reap the rewards for playing the long game.

8 thoughts to “E3 and the Longest Game”