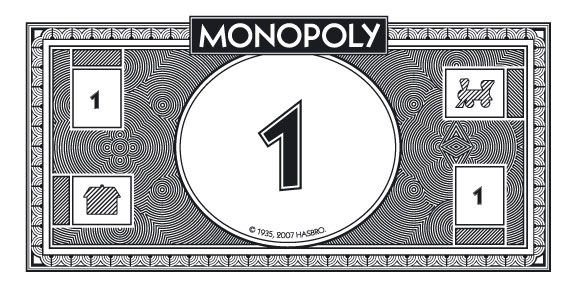 Another installment of There Will Be Games HD- read #1 if you haven’t already, it’s like a comic book and you’ve got to read it in order. In this act, we introduce a new character- Money. He’s a real fucking asshole sometimes. But then he can be pretty awesome too. The problem is that the son of a bitch always wants to be the center of attention even when you think what you’re doing is something out of love, passion, or caring. So let’s again return to my first-ever reprint series, and the saga of the ill-starred hobby game shop I co-owned.

When friends gather together and get to talking about starting a business, it’s probably best to run away as fast as you can and never look back- you don’t want to find yourself blinded by the inevitable mushroom cloud that such a discussion will eventually precipitate. But this part of our story isn’t the Armageddon denouement. Pardon the clumsy foreshadowing and let’s check in on Dollar Bill, the Barrister, and myself sometime in the summer of 2004, when we were still working out the details of the ultimate game store pipe-dream sans the down-in-flames finale.

PUERTO RICO. GOA. ATTACK. RUNEBOUND. ACQUIRE. WALLENSTEIN. HEROSCAPE. WAR OF THE RING. These are the games that I remember us three playing together most vividly during that formative period, the games that we bonded over as friends while we laid the conceptual groundwork for what would become our store. We’d meet over at the Barrister’s suburban dream house every Saturday and game all night in his basement, his on-random 500 CD changer never wandering far from a Frankie Goes to Hollywood or Talk Talk track. We’d play for a while, and then talk about the store- casually at first, then gradually more seriously later on when The Barrister starting considering the idea as a viable investment.

Dollar Bill and I were, at this point, very much the brains of our triumvirate and our knowledge and experience was definitely the guiding principle- along with our passion for the gaming hobby and our desire to really do something great with it in a retail setting. The Barrister- in no small part inspired by his newfound discovery of a thriving board gaming culture he had been completely unaware of in his post-collegiate wilderness years of marriage, children, and career- started investigating the franchise opportunities offered by a major hobby retail chain.

But the Barrister didn’t want to sell R/C cars, Lionel trains, and kites. He wanted to sell Rio Grande Games by the case, D20s by the dozen, and Games Workshop miniatures by the pound. And of course that all fit right in with what Dollar Bill and I had already been talking about for years. The Barrister had a youthful enthusiasm at this stage that was really infectious, and one night on the way home I remarked to Dollar Bill that I thought The Barrister really had the right heart to do this game store thing; I knew that Dollar Bill and I would have been happy if whatever we did would be financially solvent and turned at least enough profit to make it worthwhile. The Barrister’s motives, as we would later discover, were not so noble.

Dollar Bill and I exit the frame. The Barrister remains and the camera witnesses what we could not. You know the cartoon grammar for it- the old “dollar signs in the eyes” routine. The wringing hands of the usurer. Cue the ding-scrape sound of a cash register drawer if you need it to get the picture across. Now don’t get me wrong- I’m fully aware that you can love games all you possibly can and have all the passion in the world for running a retail hobby gaming store but that won’t pay the rent, put inventory on the shelves, or open the doors. Money is a much more efficient agent to do those things, and naturally it is one of the most difficult components of the whole equation. With our store, just like any other, it really becomes a story about money and what money does- how it changes people, how it makes things possible, how it can appear and disappear with an alarming (and sometimes devastating) frivolity. So at this point, we’ll introduce money as our fourth Dramatis Personae.

In reflection, it was really kind of attractive to Dollar Bill and I to have a third party involved that was more focused on profit and making money since it grounded our loftier aspirations in something concrete. Dollar Bill was already a millionaire from his success in another industry and I had no expectations at all of making a thin dime out of hobby retail and together we shared a mutual interest in just doing something for the community- and sure, making a few dollars from living the gamer nerd’s ultimate dream would be fine. After a couple of years running a business, I can say that idea, sadly, just doesn’t pan out. If at the end of the day you aren’t making enough money to support yourself or your business then you’re really wasting your time. I’m not a dyed-in-the-wool capitalist, but that’s the god-honest truth of it. What really makes a difference is the degree to which you believe that you’re going to get rich from an industry that an overwhelming majority of the population doesn’t even know exists, and one that an even smaller percentage actually gives a damn about. The Barrister was looking for a meal ticket based on my hobby knowledge and instinct and Dollar Bill’s raw business savvy.

But at that early stage, I really thought The Barrister was just a guy in love with games that really wanted to do something special and grow a profitable business- I had no idea at this point that his entrepreneurial drive was founded more on his assumption that Dollar Bill’s already proven-to-be-lucrative coattails would provide him an easy trip to a higher income bracket. Were we na?ve? Probably. Were we just ignorant of the fact that a middle-aged man weary of his profession was looking for a way out? Definitely. Did we really think The Barrister, one of those Guys Who Seems to Have His Shit Together, with his very serious game store business plan folders and his hobby gaming industry research would be a trustworthy business partner? Beyond a shadow of a doubt.

So the idea was starting to become very real. Money was discussed. The Barrister attempted to get a bank loan to cover a large percentage of the start-up costs but the banks declined to fund a business that was seen as unprofitable, unsuccessful, and unproven. Dollar Bill had agreed to put up a substantial amount of money to bankroll the store, likely the result of counting his spilled change in the floorboard of either his Mercedes or his Jaguar. With my meager job as a contract archivist in a labyrinthine government organization, I had no money to put up whatsoever at that point so most of my commitment was going to be “sweat equity”, brains, and heart. Any work on, for, or toward the store that I did was toward my share of the business. We had one meeting over at the Barrister’s place where we were supposed to meet with his mother-in-law to see about borrowing money from her but nothing came out of it. So The Barrister decided to finance his share in other ways, and thus the seeds of our destruction were sewn.

So now, we were stakeholders in addition to friends and fellow gamers. In addition, The Barrister was still Dollar Bill’s attorney so we had a pretty strong bond between us beyond just being gaming buddies. The real planning began in earnest and somewhere there is an e-mail paper trail accounting for almost every part of the planning. We visited potential store sites, driving around all over town looking for the perfect central place, which we pretty much realized was impossible in a city like Atlanta where “out of perimeter” folks seldom mingle with “in the perimeter” denizens. We talked product mix, discussed concepts for the store, and started to work out all these little details like hours, what point-of-sale system we were going to use, and what sort of fixtures we wanted. Dollar Bill’s experience in retail helped us tremendously and a lot of these things- particularly the logistics of setting up a retail storefront- were made infinitely easier by his involvement. It was both really amazing to start to see it all come together as well as tremendously disappointing; when you see that your grandest ideas are just not feasible from a financial perspective your store suddenly doesn’t look as special or unique as you imagined it.

We had big ideas. My platform was that the store should something very modern-cutting-edge in graphic design, layout, and concept. I threw out some ideas inspired by high-end restaurants- you know, the ones with one-word names like “Salt” or “Toast”. I wanted us to look like a very trendy, clean, upscale store where cool people would shop. We could have called it “Hex” or “Cardboard”. Dollar Bill was a little more realistic, but only slightly so- at one point he pitched a retro-futurist concept that would have been rooted in SOLARIS and 2001. The Barrister was one of those kinds of people who just couldn’t think in those kinds of terms and was satisfied with glass cases, slat-wall shelving, and industrial carpet. Which, quite frankly, is probably the way hobby game stores are doomed to look from now until the last one closes its doors, presumably sometime in the next ten years at the rate of closure such businesses face.

The names we tossed around were often hilarious and it became something of a joke to outdo each other with something more absurd than the last, usually some reference to Nazis or devil worship coloring the joke monikers. We all agreed that we wanted to avoid the usual fantasy nerd names like “The Wizard’s Tower”, “Android’s Dungeon”, “Excalibur” toward which pandering, lowbrow retailers often tend. At one point I hit upon an idea to do something inspired by Jean-Pierre Jeunet’s CITY OF LOST CHILDREN and somehow that got mixed up with another idea of using Soviet-styled artwork and graphics and that mix of industrialism and constructivism gave birth to our name. Dollar Bill insisted on Atlanta being the first word since he was convinced that appearing first in a phone book or on Google would lead to success. Since he was already rich who were we to argue with that logic?

So it was that we became The Atlanta Game Factory.

One thought to “Cracked LCD- There Will Be Games HD #2: Money Is Not Our God”